He was raised in a small town and now Seymour, Indiana, America's small town, is fully embracing that. 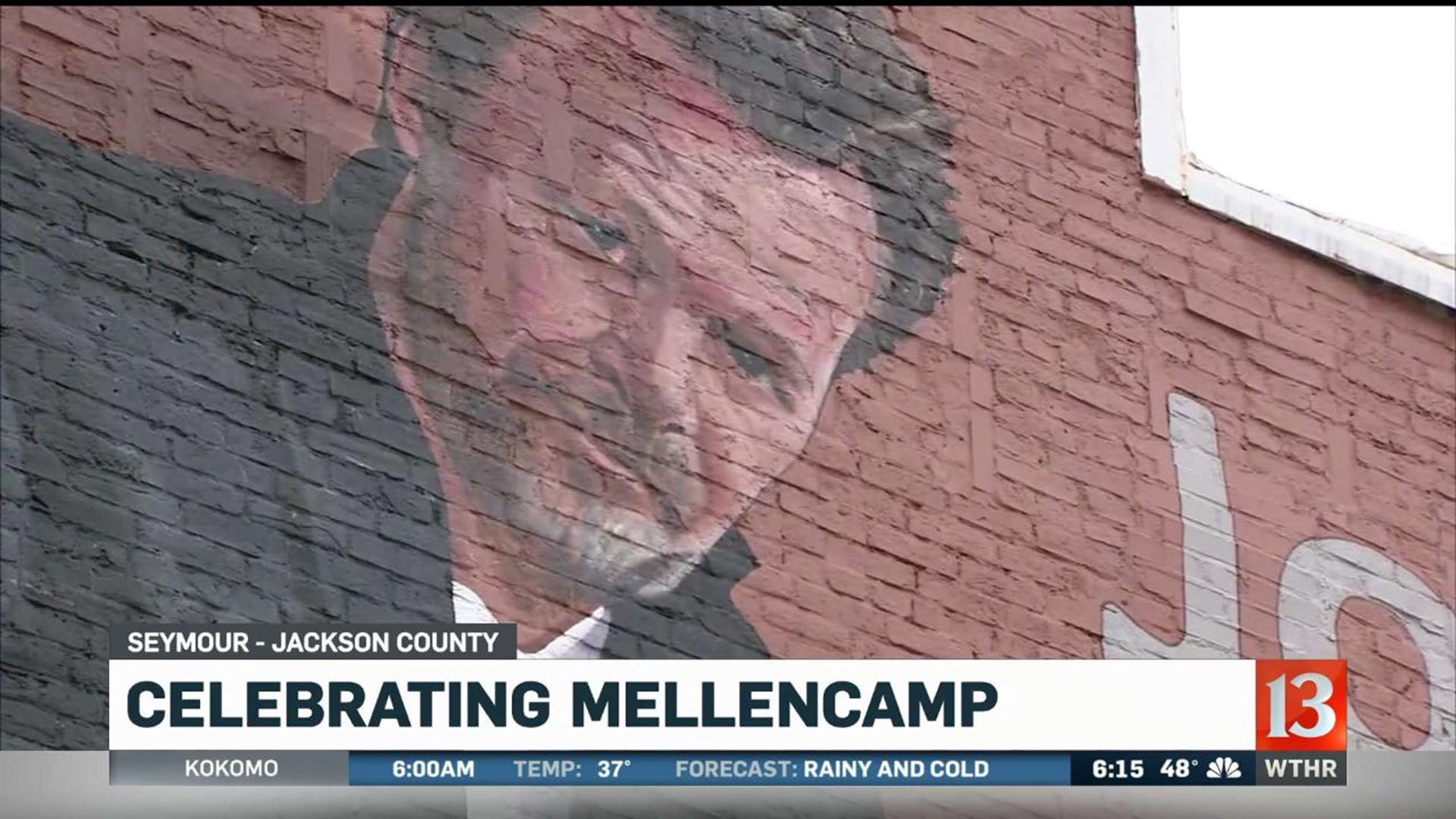 SEYMOUR, Ind. (WTHR) — He was raised in a small town and now Seymour, Indiana, America's small town, is fully embracing that.

The town is honoring John Mellencamp, the hometown boy who made it to the big time, with a bigger than life tribute.

"We love it. It's great," passerbys said referring to a 35-foot-tall mural of Mellencamp painted by Pamela Bliss.

"I feel like they should have done something like this a long time ago," Bliss said. "It's not everyday you get a Rock and Roll Hall of Fame inductee from your town. And the influence he has had on American culture."

The mural is painted on the side of the This Old Guitar Music Store at the corner of 2nd Street and Indianapolis Avenue, and it's already turning into quite the attraction.

In the right hand corner of the building the mural has a depiction of a young Mellencamp wearing his FFA jacket. The left side of the mural is a large painting of Mellencamp holding a guitar.

The owner of This Old Guitar Music Store, Larry McDonald, said Mellencamp approved everything included in the mural.

McDonald started pushing this idea five years ago. The city finally approved it this year.

And now it's a big deal to everyone.

"I worked on his face for four days and everyday it looked like him, but it wasn't John and finally the last day it was John," Bliss said.

She started painting the mural a little over a month ago and she says she will be done sometime this weekend.