The animals at the Cass County Humane Society are doing a little better tonight thanks to a woman who had a love for animals. 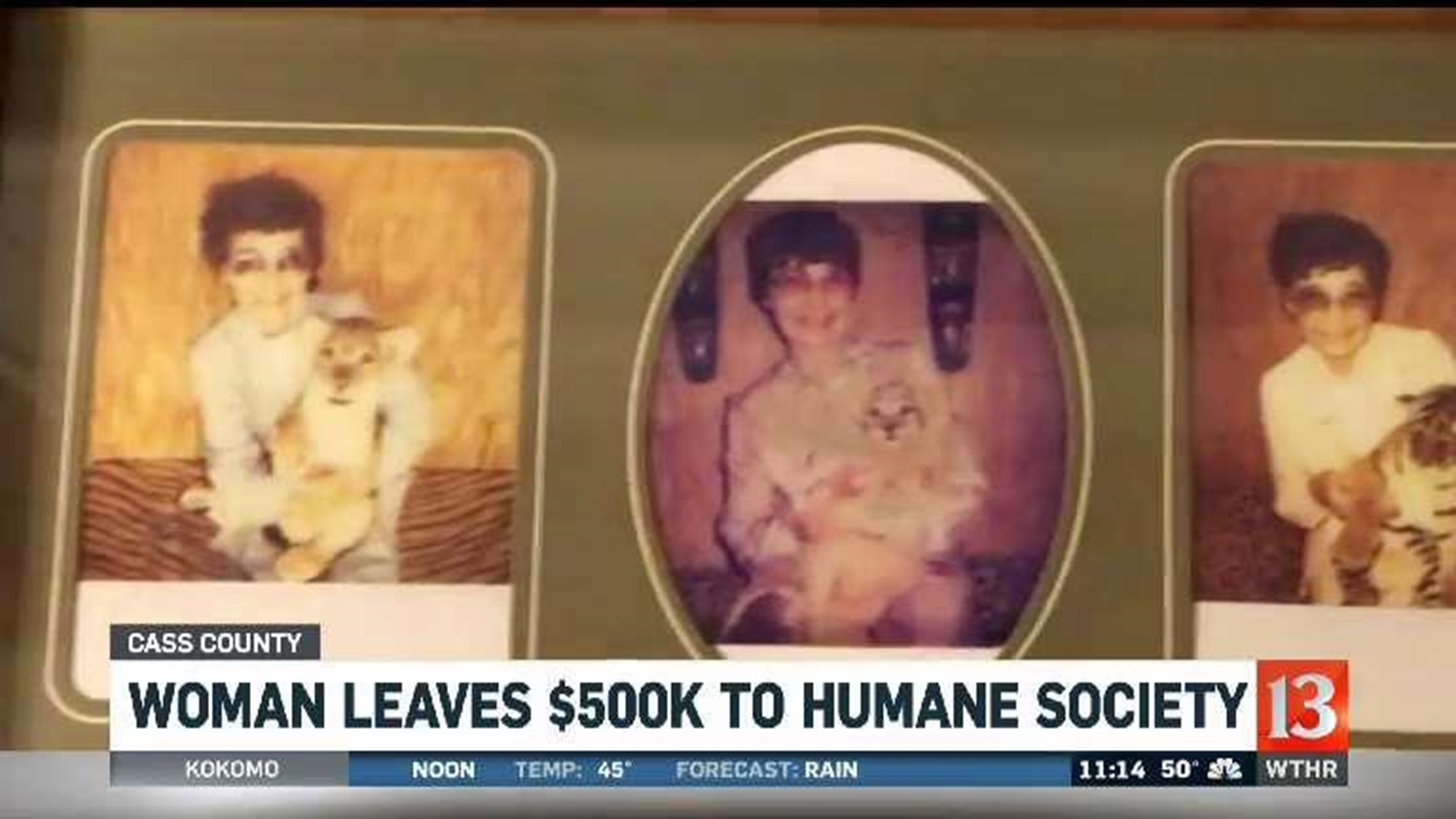 CASS COUNTY, Ind. (WTHR) – The animals at the Cass County Humane Society are doing a little better tonight thanks to a woman who had a love for animals.

"It definitely was her passion. Shirley loved animals," said Sharon Collins of her aunt Shirley Hines.

"Mainly her choice was cats and dogs," Sharon explained, saying her aunt loved her two cats Olio and Butter.

"She treated ‘em like her own children," said niece Jo Hines.

That’s why Shirley’s family wasn’t surprised when she told them years ago about some of her final wishes.

"She would say that she was going to leave half of her estate to the humane society," said Jo.

Half of Shirley’s estate turned out to be more than a half million dollars, all thanks to a trust Shirley set up years ago before she passed in 2010.

Her husband Wayne died last year, allowing for the money in the trust to finally be released to the Cass County Humane Society.

"What she wanted to do was take care of the animals," said Sharon.

That’s just what Shirley’s estate is now doing, helping to spay and neuter the shelter’s dogs and cats before they’re adopted out.

"I think she’s probably looking down on us and is pretty happy that she’s finally getting her wish," said Jo.

The shelter’s executive director Lisa Clark said she’s very thankful for Shirley’s generosity and the difference it will make in the lives of animals in Cass County for years to come.