The hot weather — coupled with a particularly wet and cool spring — could mean a challenge for a Brown County staple: leaves. 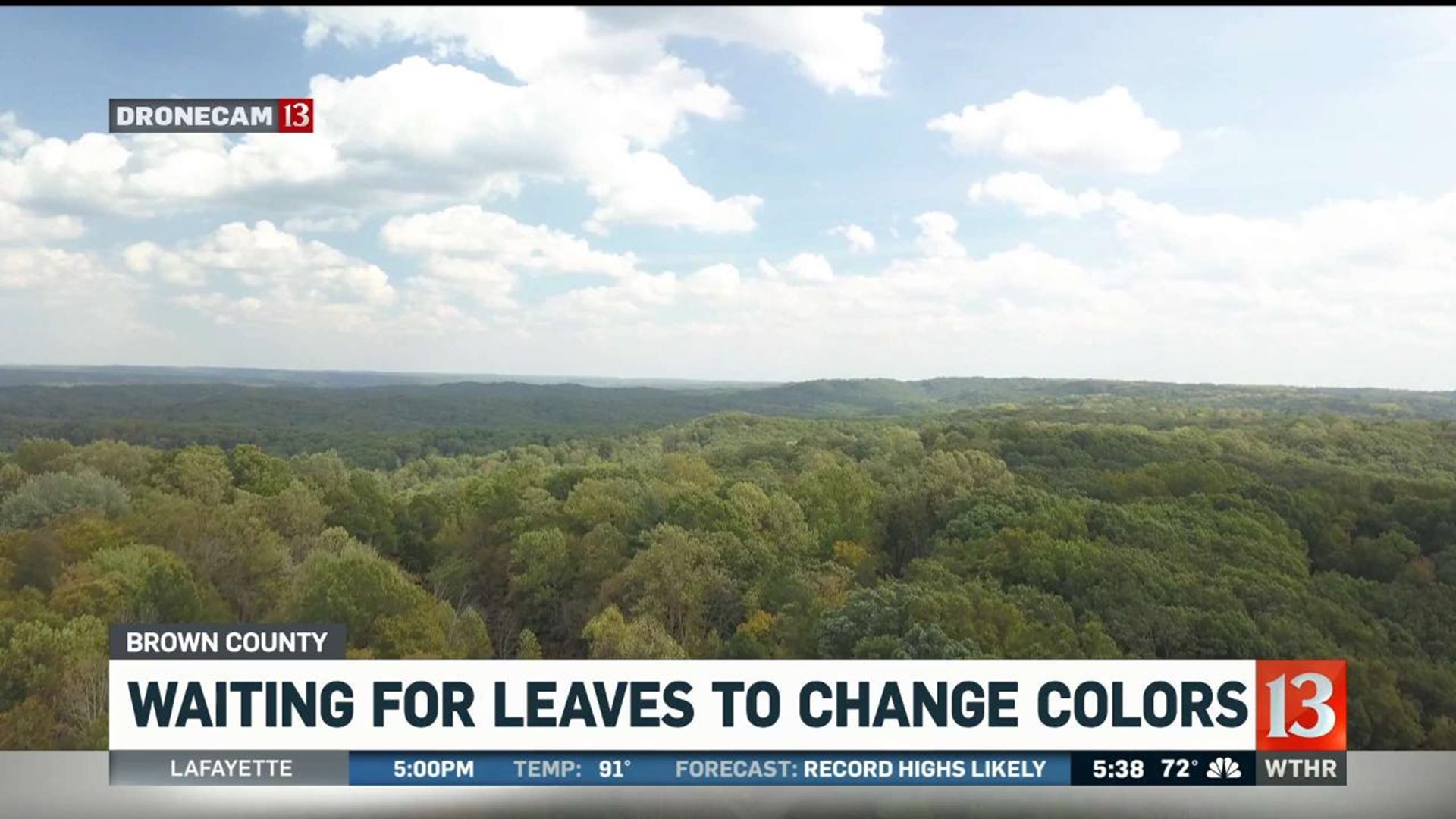 The hot weather — coupled with a particularly wet and cool spring — could mean a challenge for a Brown County staple: leaves.

"The tulip poplars and the redbuds have started turning yellow and dropping leaves, but I think that may be due to the dry weather," said Brown County State Park Director Doug Baird.

He says that the exceptionally wet spring actually benefited the trees, but he is concerned about the recent dry, hot stretch in September and early October, which is causing some leaves to fall before even changing color.

The leaf is king in the Nashville community. The peaks and valleys nestle countless trees, allowing the hills to give an impressive view of nature's paintbrush.

"From the middle of October on through early November is pretty just dependent on what area you're in," Baird said.

The fall foliage is expected to trickle down from the south, meaning communities in northern Indiana will begin to see the leaves change before central Indiana, followed by southern Indiana and Brown County.

The vivid colors of red, yellow, and orange translate into one color for the community: green.

Numbers from the Brown County Visitor's Bureau show one million people are expected during October, which is about a third of the visitation for the entire year.

People come from several miles away to see the leaves and spend the night. Numbers from 2018 show that Brown County recorded a $2.13 million economic impact from lodging, of which $106,300 translated into tax revenue.

Nashville and Brown County has nearly 300 lodging properties, including cabins, hotels, along with bed and breakfasts.

So much of the community is tied to leaves and the tourism they bring that there's even a statue dedicated to them right in downtown Nashville.

There's a special meaning behind it. Assembled by veterans, there are 22 leaves representing the 22 veteran suicides that occur each day in America. It was created by the Elder Heart group, which works to employ and empower veterans while also raising awareness.

Plan your trip with the Brown County Leaf Cam to see the progress of the foliage by clicking here to see a 24-hour loop from the park.

Curious about where to park for free and how to find the closest restroom? Click here for the official guide.

Brown County is home to events year-round including weekdays. Click here for the calendar to see what special events are planned.

Restoration work has been completed on trails and bridges inside the Brown County State Park, which now has 35 miles of motorbike trails. Check the state park's Facebook page for regular updates.