Jay County is the first school corporation in Indiana to arm teachers. 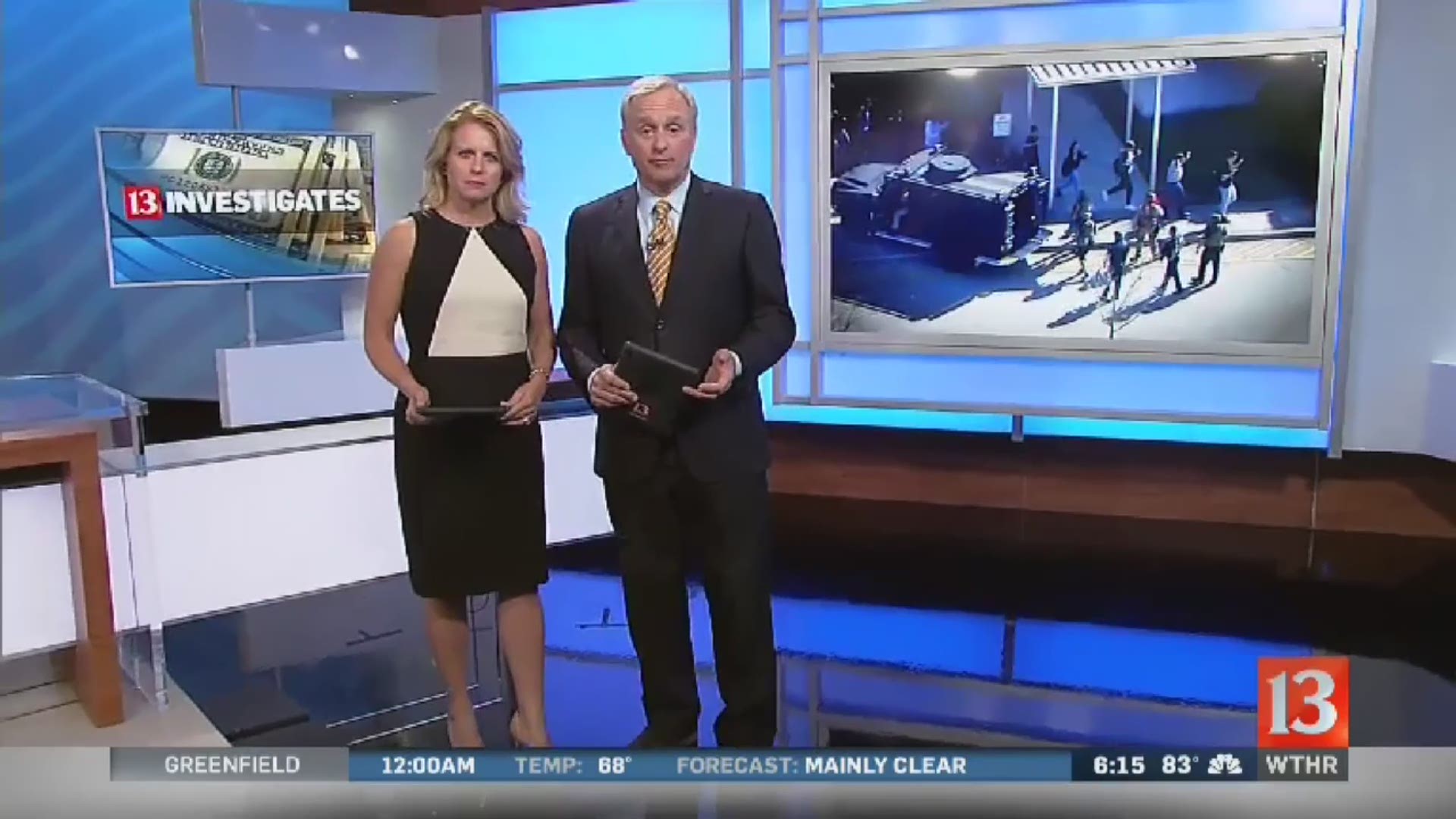 JAY COUNTY, Ind. (WTHR) — After Sandy Hook and Parkland and Noblesville, every school district in the country is trying to figure out the best way of securing schools and protecting our children.

Here in Indiana, 13 Investigates has learned some educators now have access to guns.

It includes prevention, hardening school buildings, and providing that access to firearms in the event of an active shooter.

Time is a second enemy in a school shooting.

There's a casualty, on average, every six seconds.

"That's a very consistent statistic. It's unacceptable. Active shootings begin and end before police can get there," said Jay County Schools Superintendent Jeremy Gulley. "Casualties mount up and the shooters don't stop until they run out of victims or ammunition."

School leaders in Jay County fear time isn't on their side.

From some buildings, it can take eight minutes for police to respond.

Most shootings end in five.

It's why they're making dramatic security upgrades to what students see and what they can't see.

That includes guns, hidden in biometric safes, so teachers and staff can shoot to kill.

Jay County is the first Indiana district to give firearms access to school employees.

They studied the idea thoroughly, saw how it was implemented in school districts in Ohio, and decided with parent surveys and the school board, that this was the best option in case of an active shooter.

"We can't afford to hire school resource officers, police officers for every building," Gulley said. "We could not ignore the need for an armed response and until we have the resources to implement that with police officers, this is the answer we've chosen."

Jeremy Gulley is not only a superintendent.

He's also a father and a national guardsman.

He doesn't believe in arming teachers in the classroom.

But he says having guns at the ready can save lives.

"Clearly these things are controversial. And I understand that. But we're focusing on the reality of the problem," Gulley said.

Here's how it will work in Jay County.

Locked gun safes will be discreetly placed in all eight of the corporation's school buildings this year.

They're monitored by cameras, anchored in concrete, protected with alarms and accessed by a fingerprint.

When school leaders put out the call for volunteers to be on the secret team with gun access, they got 48 volunteers in 48 hours, more than they even expected.

Those 48 people are now getting drug tests, psychological screens, and background checks.

Teachers and staff approved then will go through 27 hours of intense firearms and active shooter training, side by side with police.

We asked Sheriff Ford if having a trained staff member as good as having a police officer in the school.

His candid response? No.

"I don't believe so. I think police officers have a lot more training. We've been most of us have qualified years and years with firearms," Sheriff Ford said. "I think we have a different mindset. Our mindset is to fight crime. Their mindset is to teach students. So it's a different mindset, but at the same time, that's our choice right now. If we can put someone in a school that's armed and we can save one or two people, even one, it's worth it."

To be clear, guns are not the only solution in Jay County.

The security plan is extensive.

They're reconfiguring buildings, retrofitting elementary schools that were built as "open-concept" in the 1970's, with walls.

At every school, there will only be one way in.

That single entrance will be under video surveillance and there will be three sets of locked doors before anyone even gets close to kids.

Plus, visitors and parents will have to submit to a security check in the front office.

"So you'll take out your driver's license. You will swipe into a computer system that does an instant background check," Gulley explained.

The district is also tripling the number of surveillance cameras.

Those cameras will have live feeds that go straight to Jay County dispatch and deputy patrol cars.

Another change they're making - the ability to override the fire alarm and use voice commands instead. That'll prevent kids from coming out into the hallways, becoming potential targets. Should an active shooter enter the building, every teacher will get an alert on their phone that says 'there's a gunman in the building'." Teachers are also getting "panic button" fobs to signal a deadly threat.

Doors and windows in classrooms are new, too.

Windows are getting ballistic-resistant film put on them right now.

Ballistic-resistant doors are on order.

They won't stop a bullet, but will slow is path.

"So this basically, it makes it more difficult and it buys us time," Gulley said. "What door do you want your kid behind when they're at school? I know what door I want my child behind and that's a door that can defeat that bullet. I want them to look like classrooms, but I want them to perform more like a safe space."

Each school is getting a mental health counselor, through a partnership with Meridian Services.

That happened on-site in mid-July.

They're also getting a free app through the program, to report threats anonymously.

"It's as simple as putting it on a smartphone," Gulley said, "so that our students and parents have a way to provide that information to school officials and police so we can act before this ever starts."

It's all meant to reduce risk, buy time and confront danger, even if that means armed educators have to face off with a gunman.

"This is a challenge for us. We have to focus on it. We can't wish it away. We're going to do whatever's necessary to protect our kids," Gulley said.

All of the changes are expensive.

The guns and gun safes, along with bullet-proof vests for the team with gun access, will cost the district about $75,000 dollars.

That is a lot less than the estimated $65,000 per police officer, per building, if they went that route.

Construction and security changes, which are being rolled out over several years, add up to much more.

Gulley estimates it will be close to one-million dollars.

All of it is being paid for with a mix of state and federal grants, redirected district funds and the county. The commissioners, in fact, donated $100,000 from the county's windmill fund to help secure schools.

School leaders say their approach is layered, yet personalized for their district.

Gulley says if at some point, they can afford an armed police officer in every school, they'll do so and end gun access for educators.