The congregation of Bentonville Christian Church has finally found a new home, more than a year after a tornado leveled their 150-year-old church building. 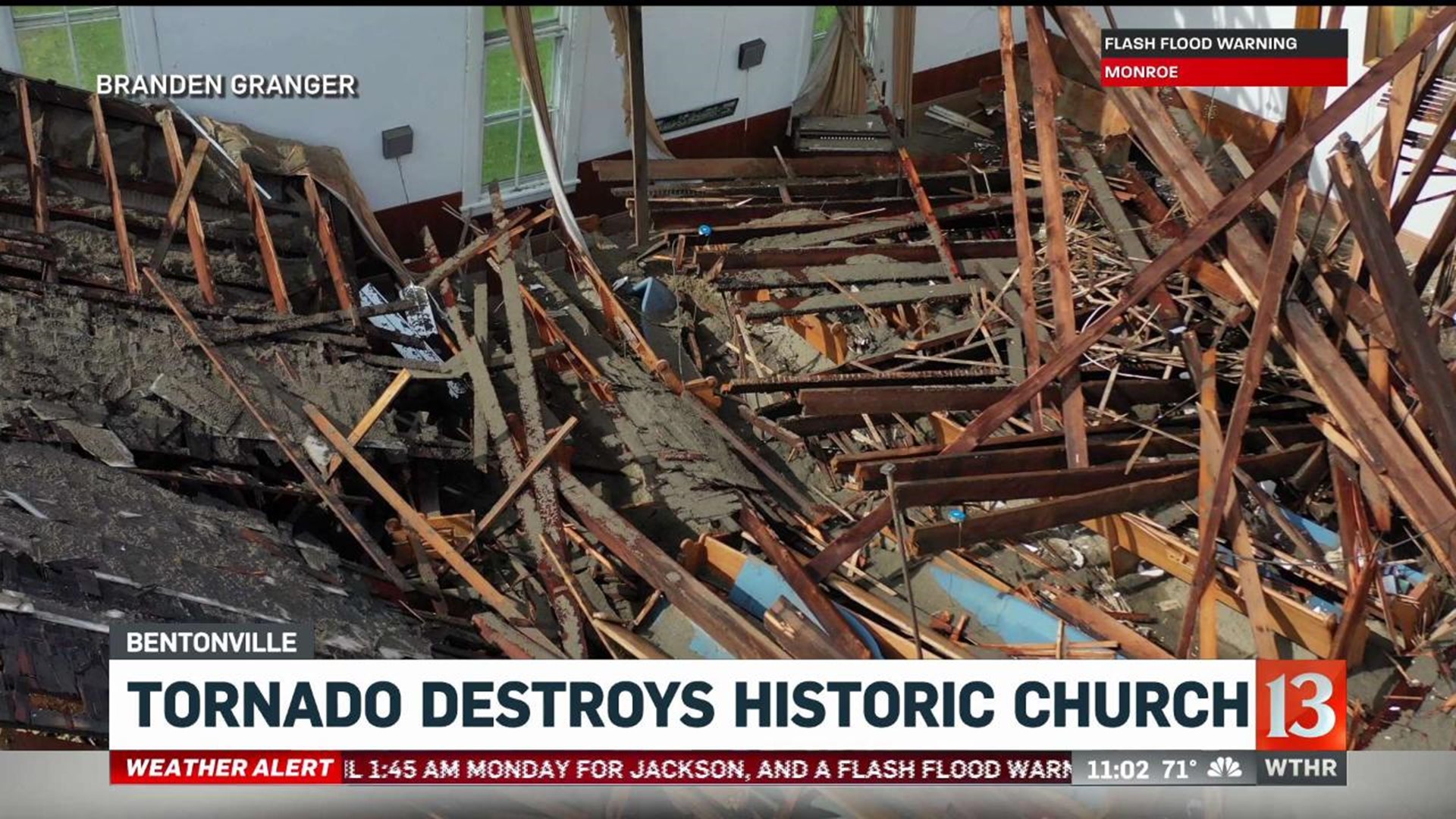 LEWISVILLE, Ind. — It has been a long road to a new beginning for a rural church destroyed by a tornado.

The more-than-150-year-old Bentonville Christian Church weathered many storms, including an arson attempt in the 1990s.

The building in northern Fayette County, however, did not survive a EF-0 twister in June 2019.

Parishioners have been meeting at a variety of places, including the Bentonville Fire Department and Manlove Park, while determining the next steps.

A number of legal battles challenged rebuilding, including proving who owned the land and new restrictions on sewer and water lines.

This summer, church leaders received an unexpected proposal: buy an existing church about 10 minutes away.

The Ebenezer Presbyterian Church in Lewisville was preparing to close due to declining attendance. Like Bentonville, Ebenezer has weathered storms, including two fires from a lightning strike and an arson attempt.

In July, the Bentonville congregation and the Ebenezer congregation combined, and the sale was completed earlier this month.

Leaders are planning a renovation of the building and a way to memorialize the former location.