Thousands of apples were stolen from an Indiana farm and not one person has been caught. 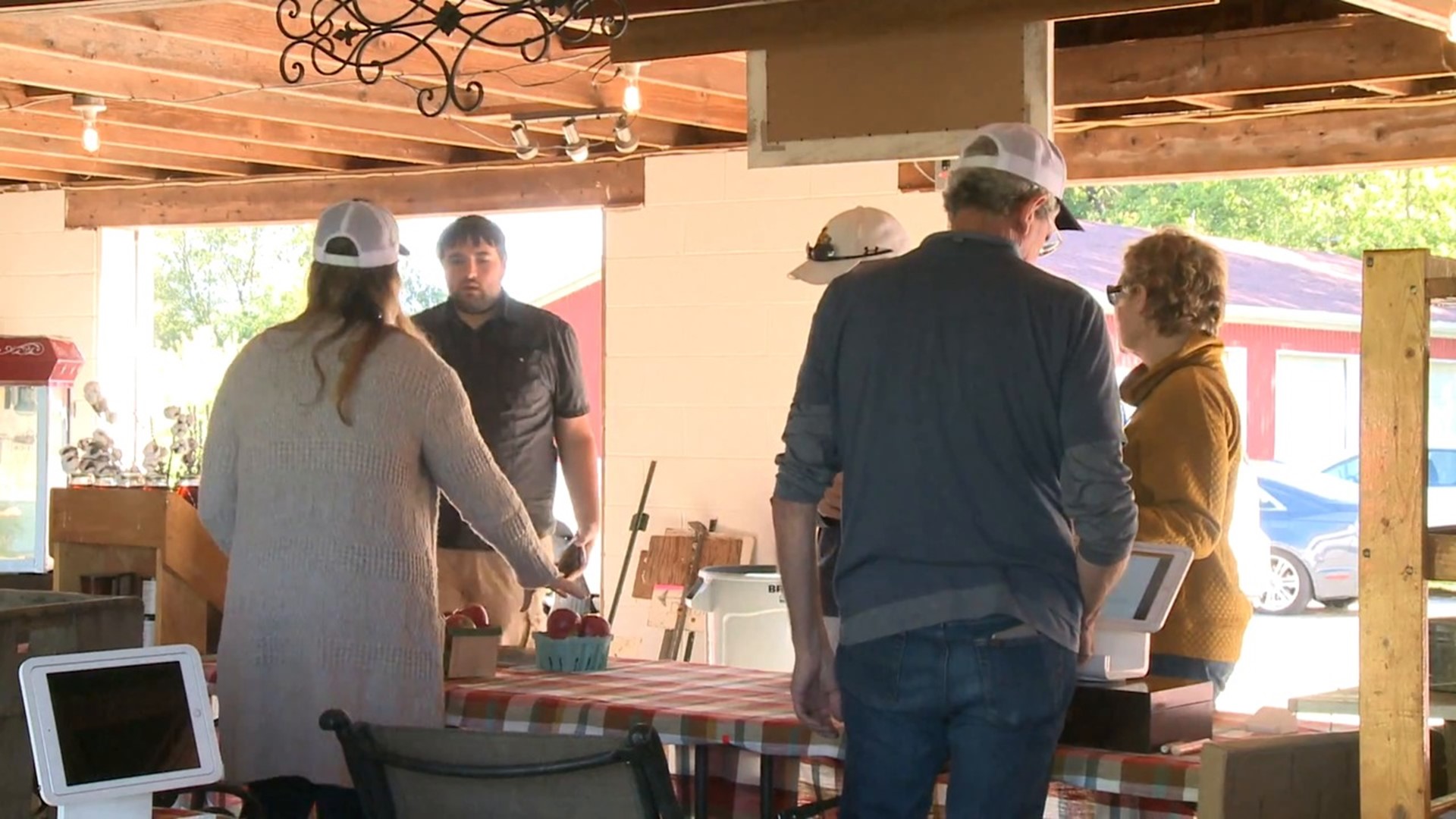 LAPORTE COUNTY, Ind. (WTHR) – Thousands of apples were stolen from an Indiana farm and not one person has been caught.

The owner of Williams Orchard in LaPorte County says he cannot believe nearly 50,000 apples were stolen from his orchard this past week.

What he does believe is that the person who did it, may have been there before.

"Where they chose within the farm, it seems to be someone that is familiar with the farm," said John Drummond, owner of Williams Orchard.

Williams Orchard is beloved by many in LaPorte County, especially for its apple picking.

But after Drummond was going through his weekly check-up on his fruit, he noticed an entire acre of apples were gone.

"We're like 'oh my gosh, the whole block is picked.' The entire, the entire section is picked through," said Drummond.

After realizing someone may have stolen the apples during the week, Drummond called police and after initial investigation, Drummond says a new gate with no lock may have been how the thieves got in.

After a two year hiatus, Williams Orchard reopened under new ownership three weeks ago on Labor Day. The stolen apples will cost Drummond to lose out on nearly $27,000.

Despite the loss, Drummond says there is one thing that has him peeling away from all the negativity.

"You know, this isn't fun. It's disappointing," said Drummond. "It's disheartening but you look at some of the comments on different newspaper articles and news and you just crack up because there is so many great people out there that have funny one-liners. Like you identified. The one one-liner that i really love is someone says, 'I hope they get to the core of the problem,' I was like 'that's hilarious.'"

Police are investigating the theft. Meanwhile, security cameras, locks and more have been installed all around the orchard to make sure something like this never happens again.