Two adults were sent to the hospital after an accidental shooting Saturday. 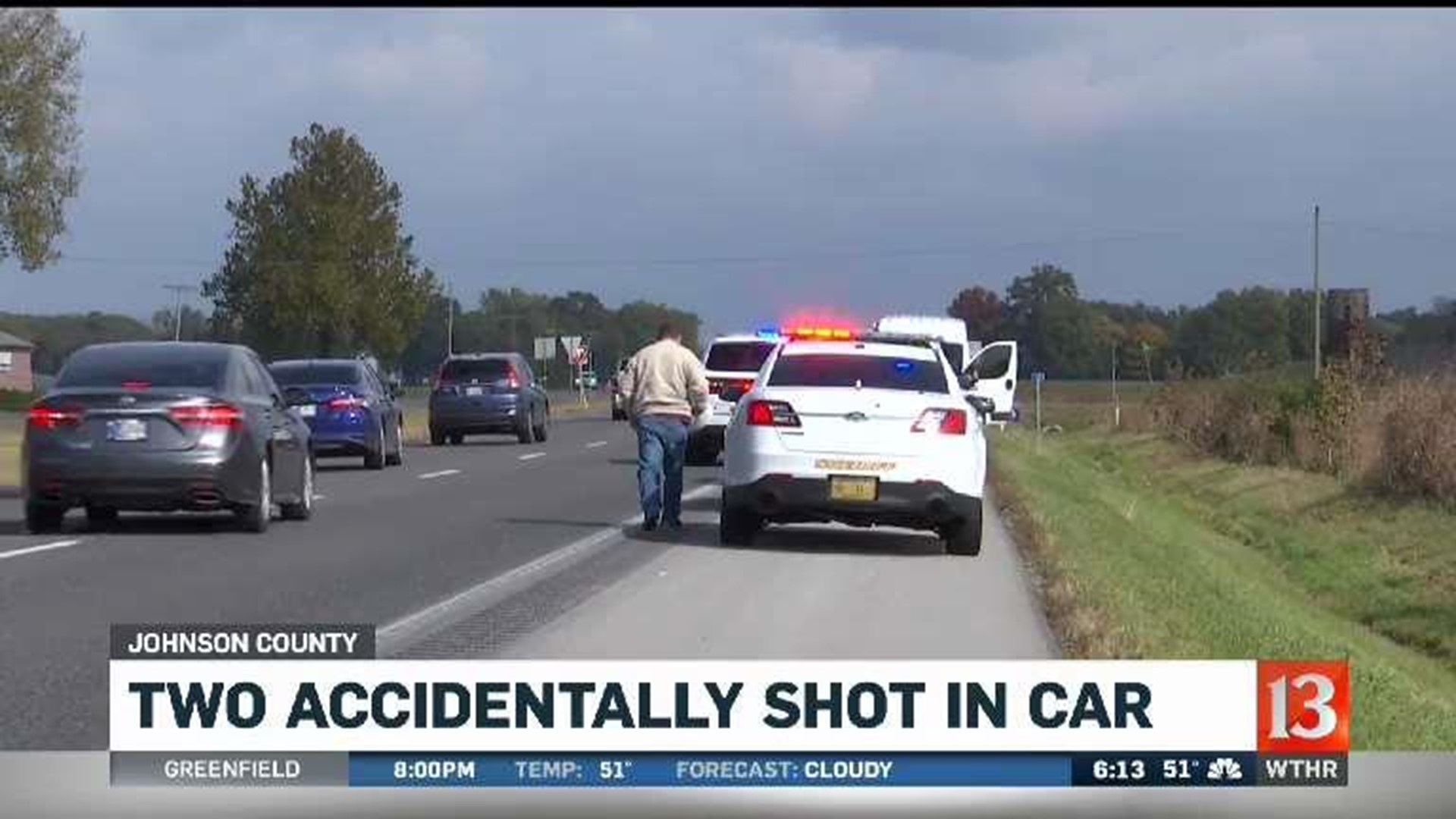 JOHNSON COUNTY, Ind. (WTHR) – Two adults were sent to the hospital after an accidental shooting Saturday.

Police are investigating the incident at State Road 37 and Olive Branch Road in Johnson County.

Two adults and one child were traveling north on SR 37 when a gun discharged, striking both the female passenger and the male driver.

According to the police report, the driver, later identified as Aaron Hudson, told police that the gun was placed in between the passenger seat and center console. The driver then asked the passenger to hand it to him.

That's when the gun went off, striking both of them. They believe the passenger accidently put her finger on the trigger when grabbing the gun. The female passenger was identified as Ashley Letner.

.@JCSHERIFF says two people were shot when passenger accidentally pulled the trigger of gun. They were driving NB on 37 just south of Olive Branch Rd. One shot hit them both. A child was in the back seat. Both driver and passenger taken to hospital, expected to be okay. @WTHRcom pic.twitter.com/j30IoCTSv9

Both adults transported to an area hospital for treatment.