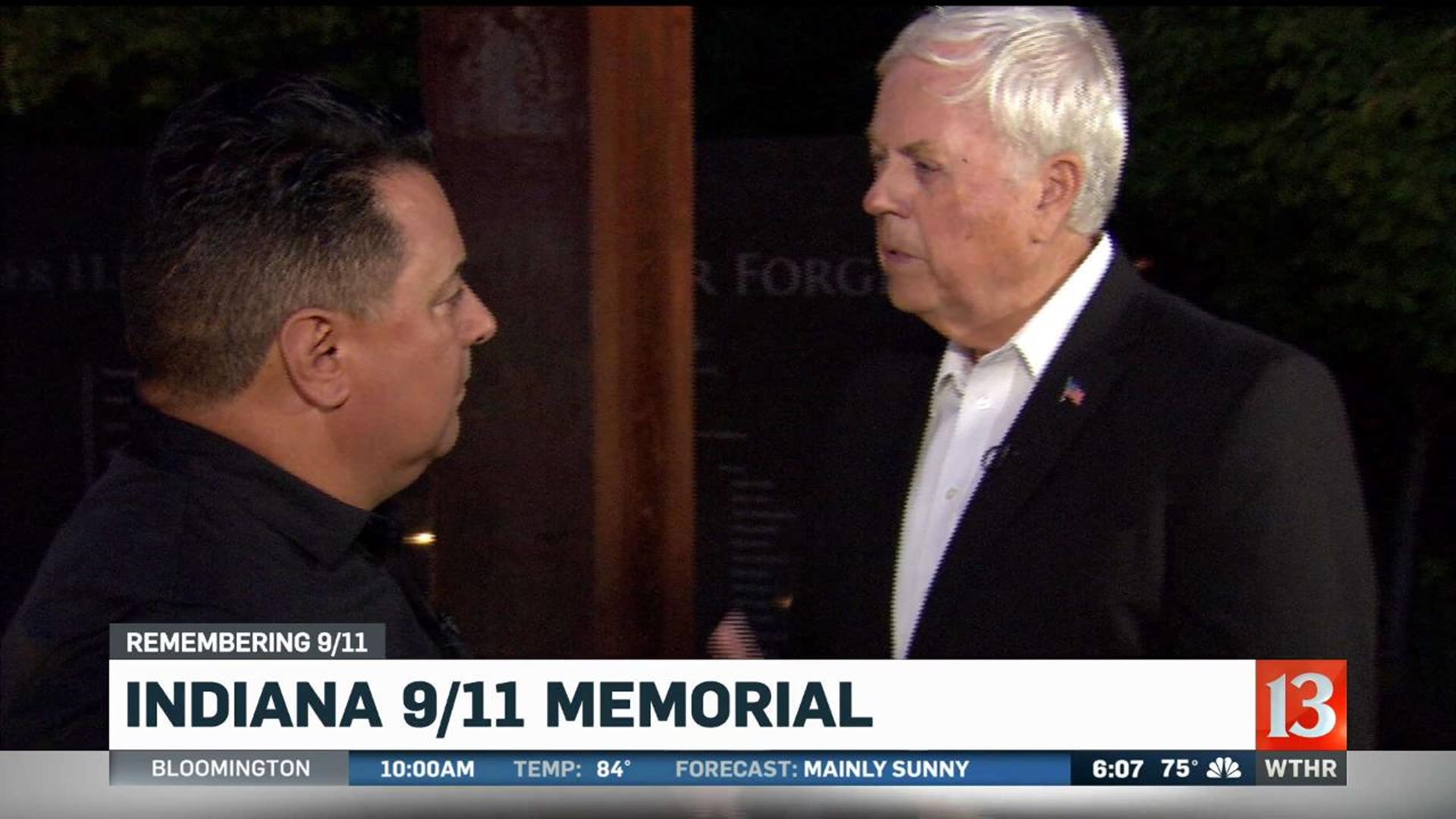 INDIANAPOLIS (WTHR) — A fundraising campaign is underway to complete a significant expansion of the 9/11 Memorial downtown.

Donations can be made at www.Indiana911Memorial.org.

The memorial is located at 421 West Ohio Street and features two 22-foot, 11,000 lb. steel beams from the World Trade Center with a bronze, life-sized American bald eagle perched atop one of the beams. Two black granite walls stand behind the beams, detailing the timeline of the events that took place on 9/11.