Yorktown residents are in risk of losing their homes to town redevelopment but one resident in particular has strong holds on her home. 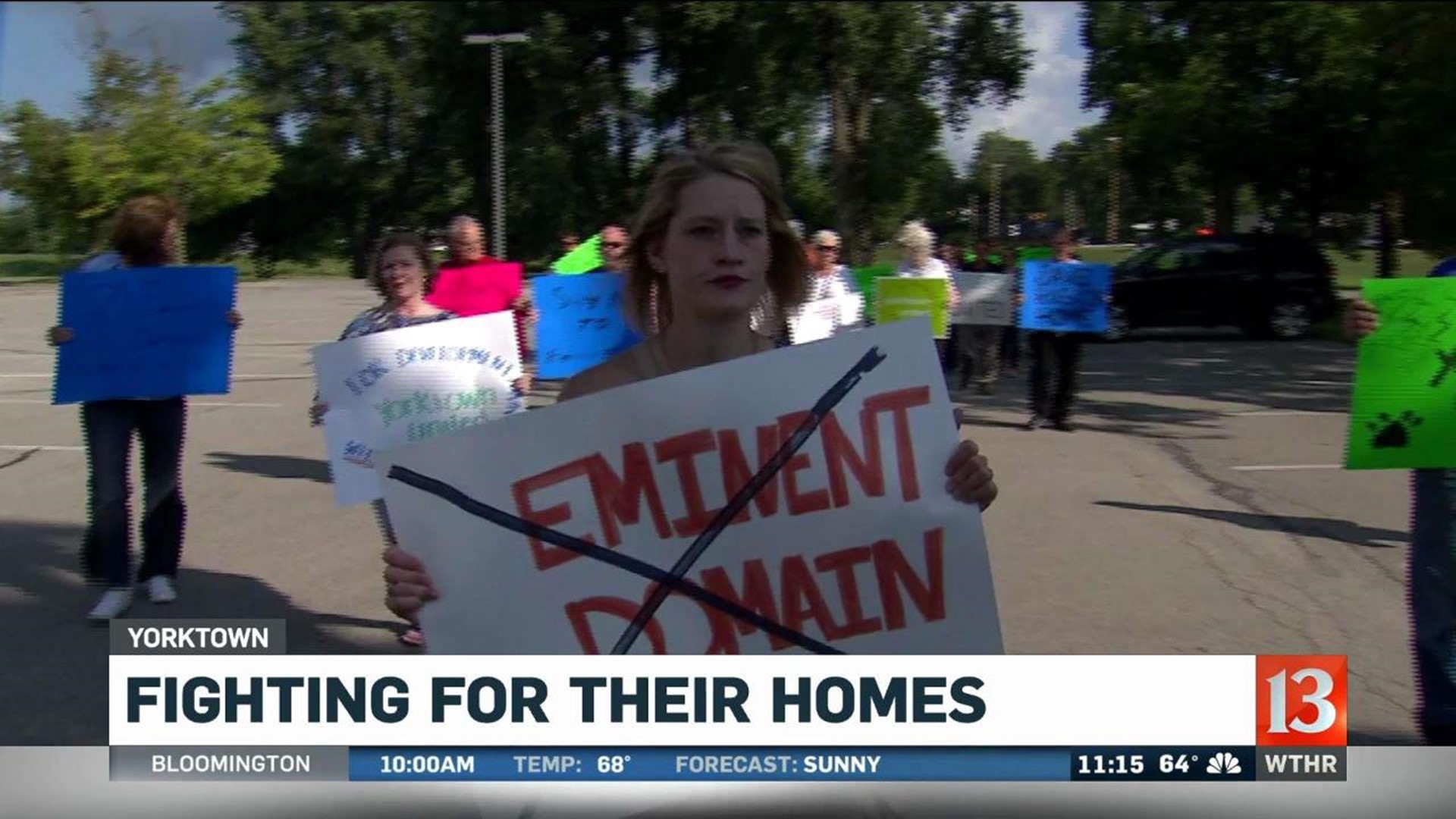 YORKTOWN, Ind. (WTHR) — Yorktown residents are in risk of losing their homes to town redevelopment but one resident in particular has strong holds on her home.

"We've just had a good time living here," said Ruby Martin, talking about the little house on Yorktown's Canal Street, where she and her husband Bert moved when Ruby was almost 80 years old.

"I've lived here 13 years with my husband who is the love of my life," Ruby said.

Now 90 and a widow, Ruby can no longer see the home where she made so many good memories.

She still knows every nook and cranny though, like the spot in the kitchen where she marked the heights of all her grandchildren.

All of it, Ruby now fears, is at risk of disappearing because the town wants to buy her house as part of a redevelopment plan for downtown.

She's not the only one speaking up.

Dozens of residents, many Ruby's neighbors, are in similar positions.

"They're trying to get us all out of our homes," said Sunshine Ertle, who lives next door to Ruby.

According to Ertle, the town doesn't want to offer a fair price for homes like the one she owns and instead is playing hardball.

"They're not getting where they want to be so now they're suing for eminent domain," said Ertle.

That's why Ertle joined others, protesting before Wednesday's public meeting with town officials.

"I would love customers to come to my day spa, but not at the risk of putting people out of their homes," one business owner told Yorktown's town manager.

"There's no perfect plan," said resident J Thomas Hurley, who said he supported the plans. "Some body's going to get their toes stepped on. We're at the 11th hour, this is a good plan."

The town has only filed one eminent domain lawsuit and leaders say they don't plan to take Ruby's house that way.

"I don't enjoy the position we're in but on the same hand, if we're going to do something, then you have to make the first step," said town manager Pete Olson, who added town officials have tried to negotiate with residents to buy their homes.

Olson said in many cases, the town hasn't received any response from people.

Olson said plans to start work on the redevelopment plan could begin later this year, which means construction crews will soon be a reality for Ruby and her neighbors.

For Ruby, there's only one kind of next step, one she doesn't plan on taking anytime soon.

"I planned on staying here until they took me out feet first," said Ruby.