A 7-year-old girl is expected to make a full recovery after a copperhead snake bit her at Brown County State Park. 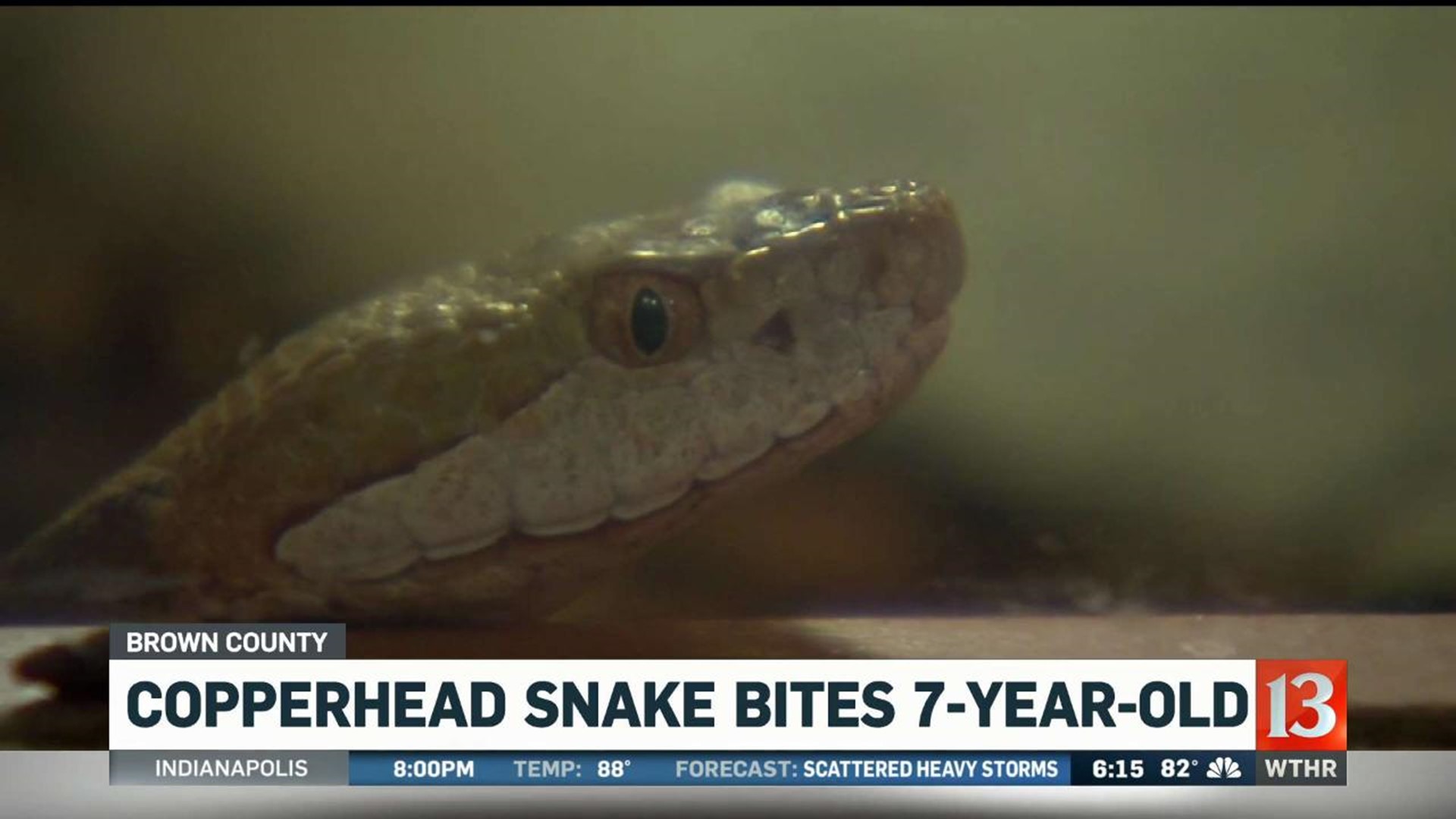 NASHVILLE, Ind. (WTHR) — A 7-year-old girl is expected to make a full recovery after a copperhead snake bit her at Brown County State Park.

It happened around 9:15 Saturday night while she was playing with other kids at a campsite, on the same dat that the park was holding "Snake-fest."

When you think of camping, this is what you think of: sitting at a picnic table with friends but if you are with kids, they like to wander around.

The girl ran outside the tent to the woods, which is where DNR officials believe the snake bit her.

On Saturday at Brown County State Park a 7 year old was hospitalized after being bitten by a copperhead snake in a campground. Coincidentally on the same day it was Snakefest. #ISwearItsTrue #wthr @KevinWTHR with the story tonight at 6. pic.twitter.com/gOfSWnXZ63

"They had two sites here. They had it set up on both of those sites," DNR Officer Kevin Snyder, the Assistant Brown County State Park Manager, showed us.

Snyder says copperheads like the one that was on display in the park’s nature center are part of the ecosystem and that while there have not been very many snake bites at the park, the occurrences do have some similarities.

In a release, the DNR said the incident was similar to other incidents involving copperhead bites — after dark, in a poorly lit area without a flashlight.

Her father saw a snake in the area, and the family called 911. The girl went to Riley Children's Hospital by ambulance.

DNR employees tried to catch the snake, but they said it was able to get away thanks to the heavy foliage in the area.

Laura Ashley decided she wanted to spend part of her Monday at the park with her dog Link.

"I keep him on the trail and I stay on the trail. I usually wear boots just knowing snakes are in the area," she told us.

Ashley says she keeps her eyes open at all times during their hike.

"Always. I don't trust a stick. Everything can be a snake. We avoid woodpiles especially," she explained.

Certainly not the way the park had hoped to celebrate Snake-fest.

Copperheads feed on small rodents. It's important to keep areas clean and keep rodents away. It is illegal to kill snakes on Indiana State Parks property.

"We take it seriously. You always treat it like a serious situation. Having more than one venomous snake in the area changes things a little for us. One bite might be more serious than another. Once she was secured in the ambulance and all that we came out and made a search of the area just to try and understand better what happened," Snyder said.