The Indiana DNR reports the bodies of four victims of a boat that capsized in Morgan County have now been recovered. 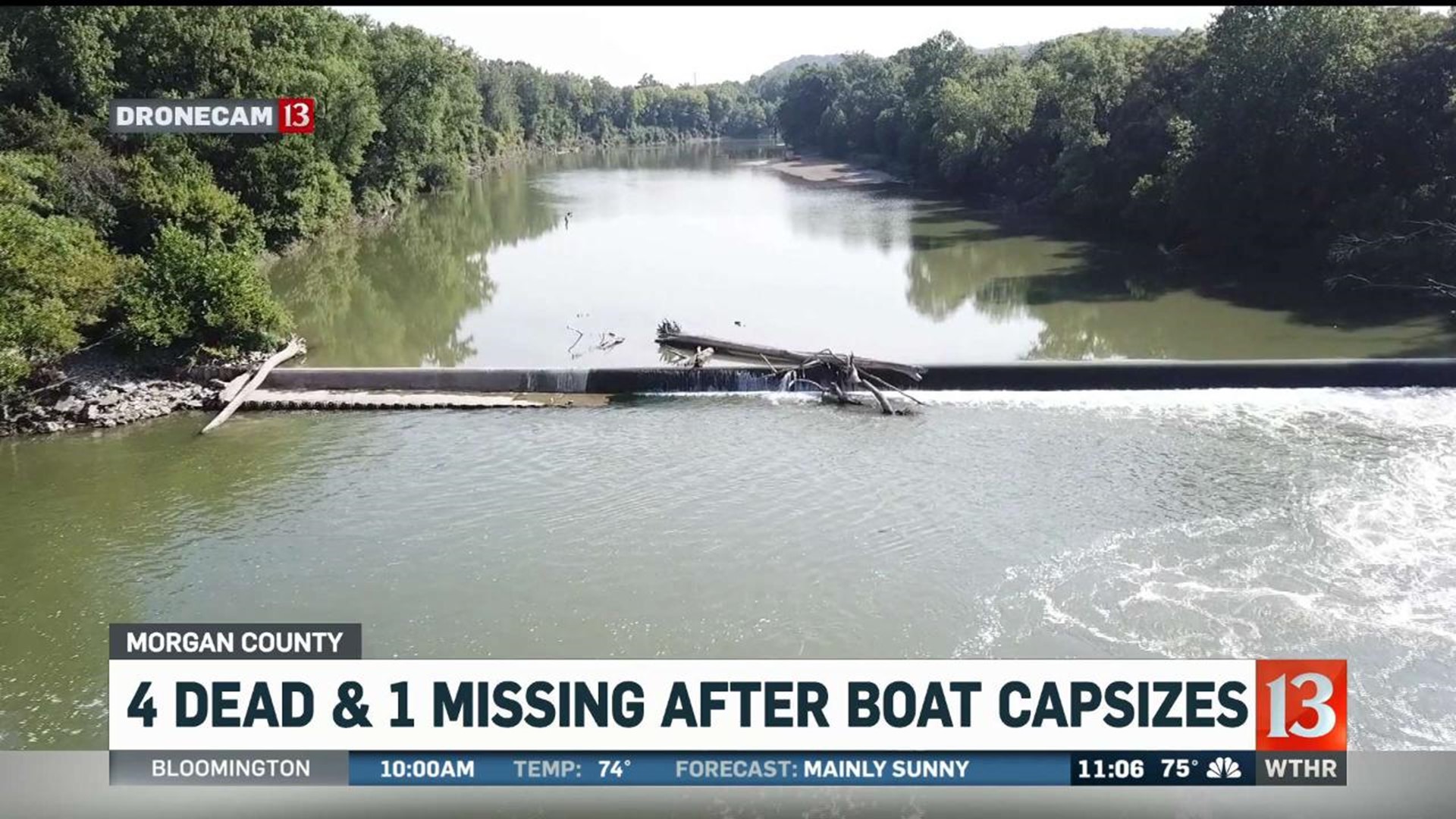 MARTINSVILLE, Ind. (WTHR) — The Indiana DNR reports the bodies of four victims of a capsized boat have now been recovered. One person remains missing after the accident on the White River in Morgan County.

Conservation officers identified the victims who were pulled from the water Monday night as 73-year-old Emilia Villegas, who is in the United States on a visa from Mexico and six-year-old Amisadai Elel Conchas. Officers recovered the bodies of 63-year-old Niseforo Sanchez, who is also in the U.S. on a visa from Mexico, and 40-year-old Rigoberto Conchas of Indianapolis.

The body of one person, 32-year-old Antonio Sanchez-Maldonado, has yet to be located.

The first call came in to police around 9:30 p.m. Monday on a report of a boat that capsized.

"They jumped, they scared. You know? When the boat starts going down, they jump. And the river just took them," said family friend Lyman Bothwell.

Lt. Angela Goldman with Indiana DNR said seven people were on the boat at the time, and people on shore went in to try and help. In total, there were 16 people involved.

"It is moving fairly well. Its deceiving. So by looking at it, it looks like it's moving slowly, but you get in it and you realize quickly how strong it is," said Indiana DNR Capt. Jet Quillen.

One of those who was still missing Monday night is someone who came from the shore to help.

"We had a family and friends who were down on the river at Three Rivers Public Access Area, they were boating, they were having a good time, the boat capsized," Goldman said before the bodies were found Tuesday. "Most of them were able to get out of the river but we are still looking for 3 of them."

While the area is not extremely deep, there are pockets that dip down and the terrain is a little rough.

"It is important to remember that if you want to enjoy Indiana’s lakes, rivers and streams that water can be deceiving. What appears to be a slow moving river can have strong currents underneath. If you are boating on the water, be familiar with your watercraft and know it’s limitations and always wear a life jacket," Indiana DNR said in a release Tuesday.

The group is also Spanish-speaking, which complicated rescue efforts until a translator could be brought in to help.