Two people have died in a small jet crash near the Indianapolis Regional Airport. 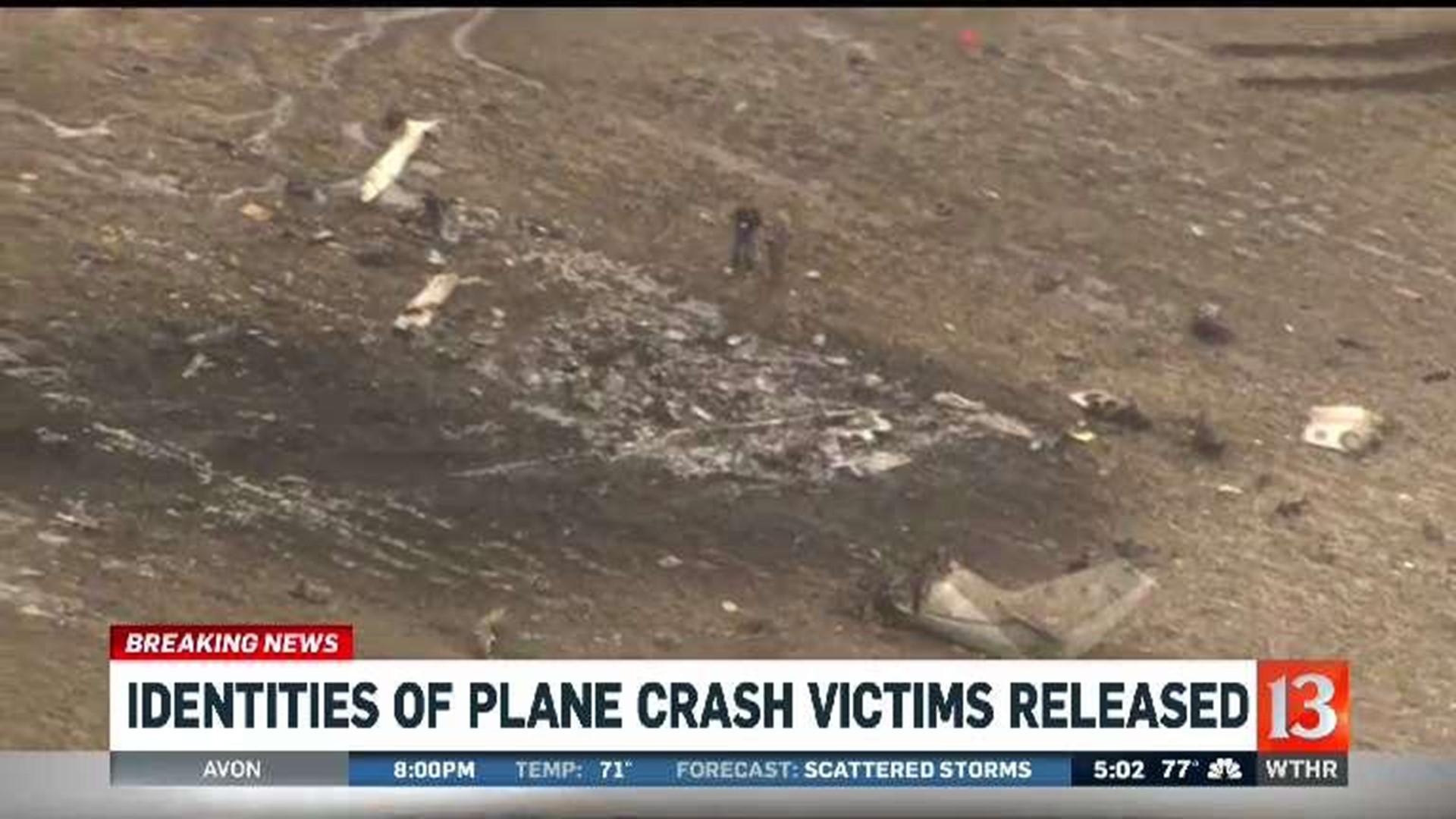 The Holmans were active supporters of Sierra Nevada College, where a vigil was held in their memory Thursday.

"Robert and Robin Holman were very dear to our institution and community. Their involvement here had, and will continue to have, significant impact on our programs and students," said Daniel Robert Kelly, the school's director of marketing, in an email.

Several people witnessed the crash near Indianapolis Regional Airport, including a driver who eventually pulled out his cell phone. Video of the crash from eyewitness Richard Speer shows the aftermath. He couldn't believe his eyes and that's one of the reasons he started recording. The crash happened as he drove through Hancock County.

"So I looked at it," said Speer, "I said, 'Not a piper.' That's a pretty good size plane to make that kind of turn. Then the nose went down and they just went into the ground."

The twin-engine plane went down in a muddy field after take-off. That made it difficult for even emergency crews. The wreckage continued to smolder hours after the crash.