Judges Brad Jacobs and Sabrina Bell have been reinstated after a 30-day suspension without pay. 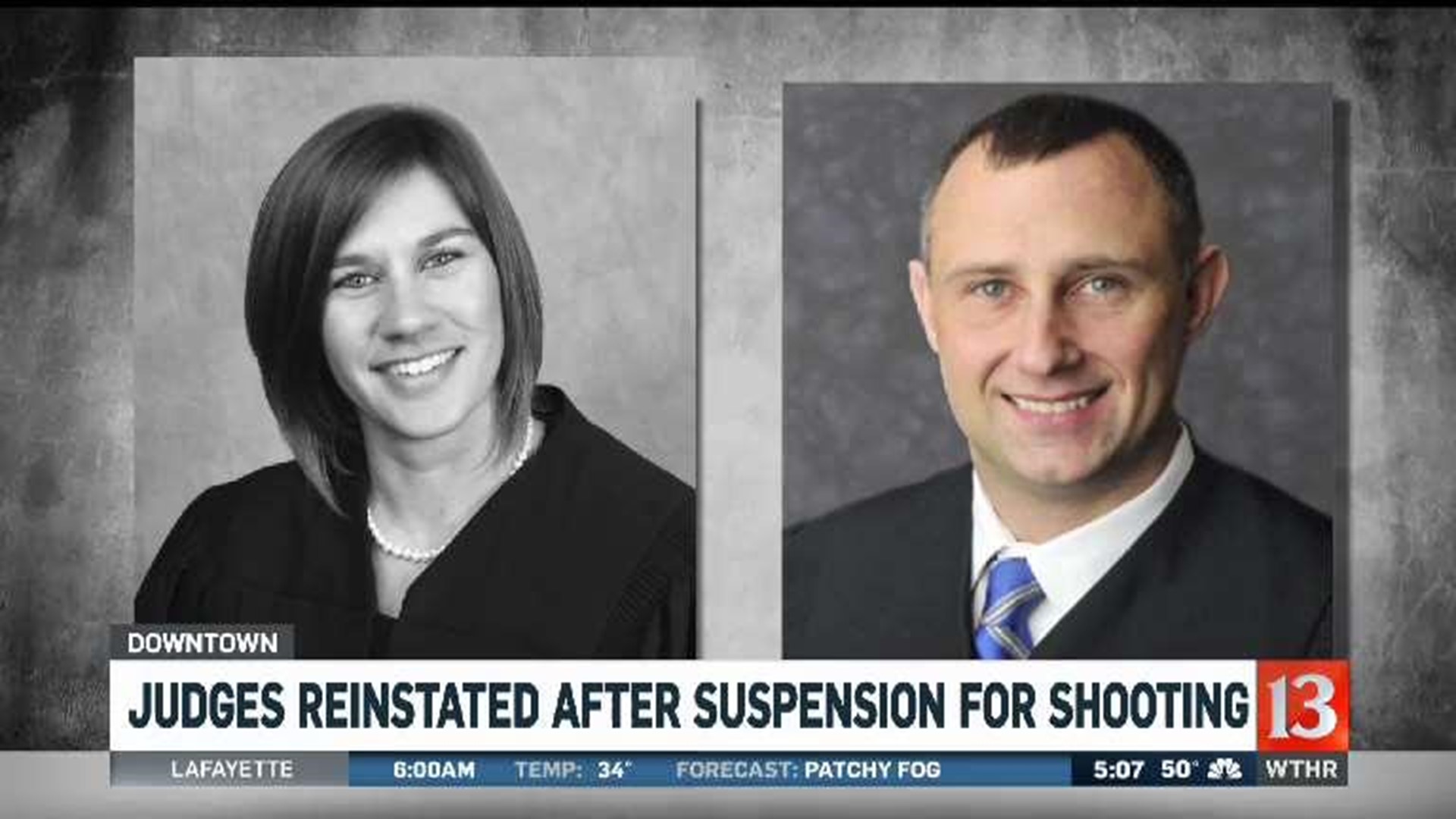 JEFFERSONVILLE, Ind. (WTHR) — Two judges who were involved in a shooting at a downtown Indianapolis White Castle in May have been reinstated after being suspended for 30 days without pay.

Their suspensions were the punishment for violating two codes of conduct when they got into an altercation with a group of people while in Indianapolis for a work conference.

Clark County Circuit Court No. 1 Judge Andrew Adams was also involved in the incident. He received a 60-day suspension and is expected to be reinstated Jan. 13.