Ten people were thrown from a boat Saturday, but the boat kept going causing even more injuries and property damage. 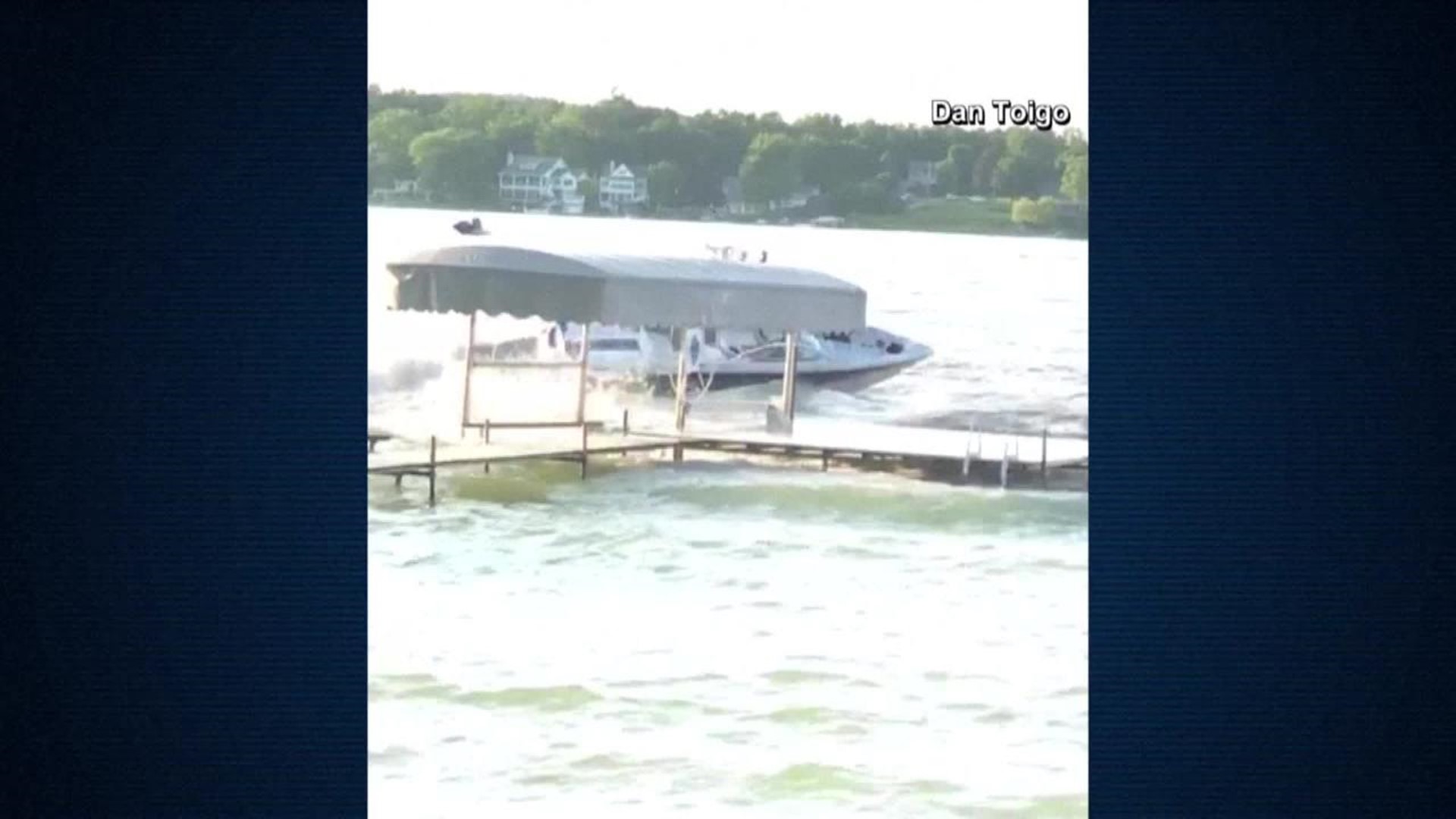 STEUBEN COUNTY (WTHR) - Ten people were thrown from a boat Saturday, but the boat kept going causing even more injuries and property damage.

Dominique Effinger, 20, was operating a 21 ft. Correct Craft Ski Nautique on Lake Gage when the boat cut into a violent turn, throwing all 10 occupants into the water around 7:15 p.m., according to conservation officers. Four of the ten were considered serious or near-fatal injuries. Two were flown to Parkview with injuries including a skull fracture and a partial lower arm amputation.

No word on their condition Sunday.

The boat continued pushing forward around 30 m.p.h. even after it was unmanned. Conservation officers warned residents on-shore to move their docked boats and clear the area as the unmanned boat circled closer to boats and docks with each pass.

"It was not a situation where it was going to be easy no matter what," Carlisle said. "I approximately guessed 20 to 30 miles per hour 20 to 25 and that's not, especially with a boat of that size, something that I could just jump on without some serious consideration."

"One of the most important things for anybody out on the water during the summer is that obviously life jackets do not work unless you wear them and alcohol and water don't mix," he said.

Officers say alcohol was a factor in the accident. They arrested Effinger for Boating While Intoxicated causing injury and being a Minor in Possession of Alcohol.