A year ago, Erika Hunt became a picture of the opioid epidemic when police snapped a photo of her in her car. A year later, she's sober and using her experience to help others get clean. 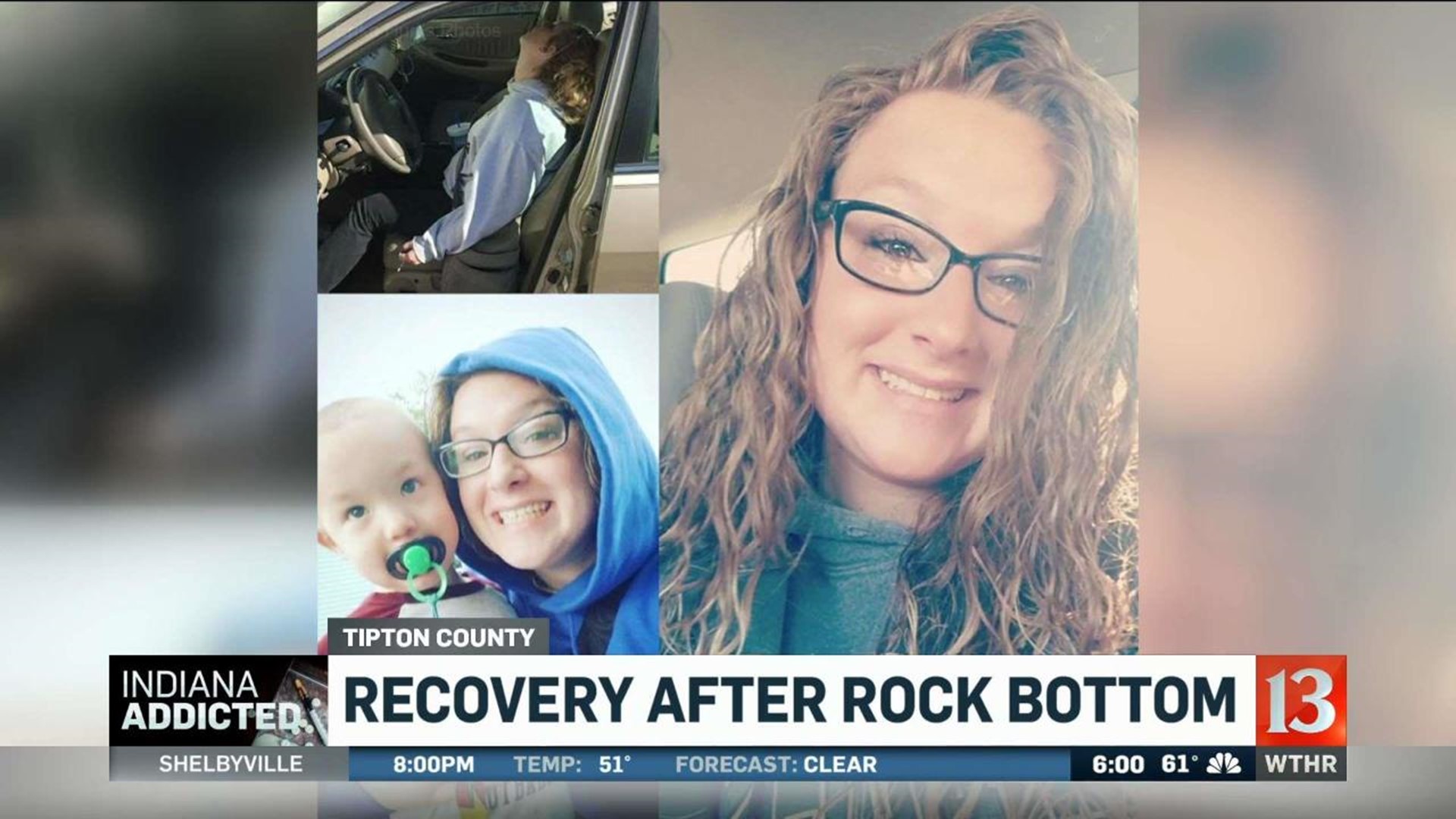 While the declaration won't provide any new money in the fight against addiction yet, the president said it would give the government power to do things it cannot do now.

At this time last year, we showed you a photo of a woman who almost became one of the statistics. Police in Hope, Indiana in Bartholomew County snapped the photo of her slumped over in a car with a needle in her hand. She had overdosed on heroin with her baby in the backseat.

We caught up with her Thursday afternoon in Hope to see where she was a year later.

Erika Hurt, 26, met us in Town Square Park, about a mile from the Dollar General store parking lot where police found her unconscious one year ago.

"I was sitting in jail viewing the picture on all the news stations on TV and was just shocked, humiliated. I had no words," she said. It was a year ago today.

Remember this picture? A young mom passed out after overdosing? Where she is a year later & her message for others @ 6 #wthr pic.twitter.com/bKNbI6SFIG

Hope police shared that picture to draw attention to the heroin abuse problem. It quickly went viral. Erika became a symbol of the opioid crisis.

"I was so embarrassed and hurt. I was miserable." And angry at police, she said, for making it public.

But a year later, in a town where the word hope is everywhere, Erika said, "I'm very thankful thankful that someone decided to capture that moment."

She said it saved her life.

"I'd been struggling with addiction for a long time," she said.

It began when she was 15 years old and using prescribed painkillers for a staph infection. She said she got hooked and later turned to heroin.

"I've been to the point where I was wanting to get clean and didn't know how. I was trying but always failing," she said.

Then came the picture. But there was actually a more compelling reason to quit - her son Parker.

"I love him dearly so I wanted to be a productive member for him and raise him correctly, raise him the right way," she said.

Erika marked her one-year anniversary of sobriety by posting pictures of her then and now on Facebook. That, along with a story NBC News did on her, prompted Erika's Facebook page to light up.

She said she was overwhelmed with all "the people outpouring their love. They were reaching out, people from all over the world, letting me know I've inspired them."

She credits rehab, counseling and the unwavering support of her family with helping her get her life back. Erika, who lives with her mother and works full-time at a plastics molding plant, said her mission is now helping others by sharing her struggle with addiction and journey to recovery.

Her advice for others fighting addiction?

"Just suck up your pride and reach out," she said. "I feel like I could have received help sooner if I just said, 'Hey, I'm struggling and I need help.'"