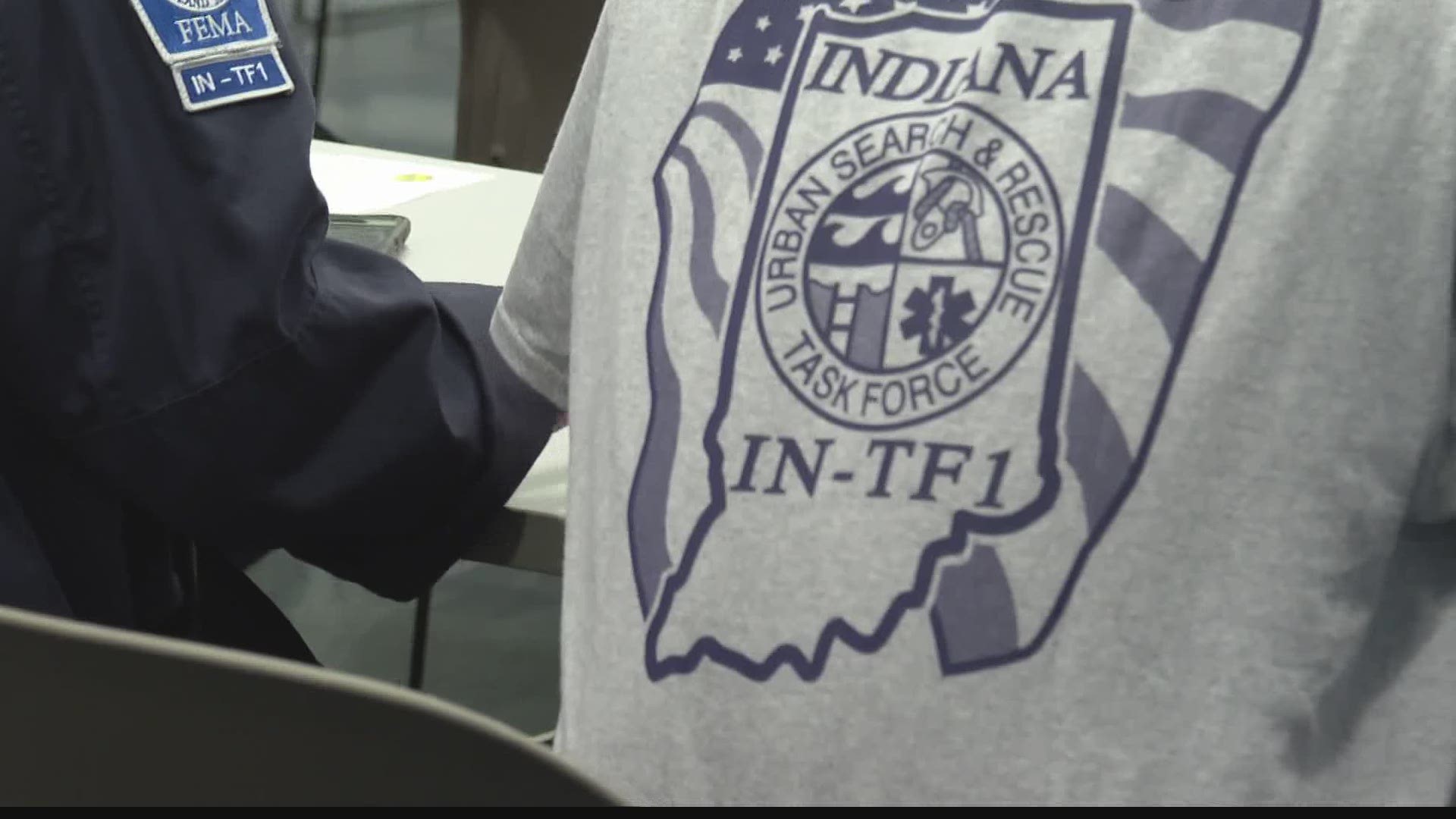 INDIANAPOLIS — Indiana Task Force 1 returned to Indiana after an eight-day deployment to southwest Louisiana to assist with Hurricane Laura damage and recovery efforts.

The 25-member team made up of firefighters, police officers and civilians drove about 16 hours to help.

Louisiana was their first deployment of the year. The team was smaller this time because of COVID-19 restrictions.

“Primarily what we were tasked to do on this mission was secondary searches in structures in Vernon Parish of Louisiana,” said Gerald George, leader of Indiana Task Force 1.

His team also assisted on providing information, water and food to residents.

“The area we worked in was probably 60 miles or so inland from the ocean and we still saw a lot of damage from the winds,” George said.

Many in the area are still living without power as the heat index reaches more than 100 degrees. George said that is the biggest issue facing the area right now.

While doing search operations, the team also helped a woman who crashed her vehicle directly in front of them in Vernon Parish. Her car landed on active railroad tracks. The task force helped her until local emergency crews arrived and airlifted her to a nearby hospital.

“We immediately rendered aid and assistance to the driver. She was in a lot of pain,” said Pedro Caceres, rescue squad leader.

Thankfully the team was in the right place at the right time.

“Not formally part of the mission, but our mission is to make a positive difference,” Caceres said.

Another successful trip for a group that is already training for their next deployment. In the meantime, they are enjoying much-needed family time.

"It is always exciting to go out the door with the anticipation of going out there and making a difference. It is even better when you come back and your family is here,” Caceres said.