Nine people have been arrested on drug trafficking charges based on video seized from the home of shooting suspect Evan Dorsey. Indiana State Police held a news conference Thursday to announce the findings of a six-month-long investigation into the shooting death of Howard County Deputy Carl Koontz. 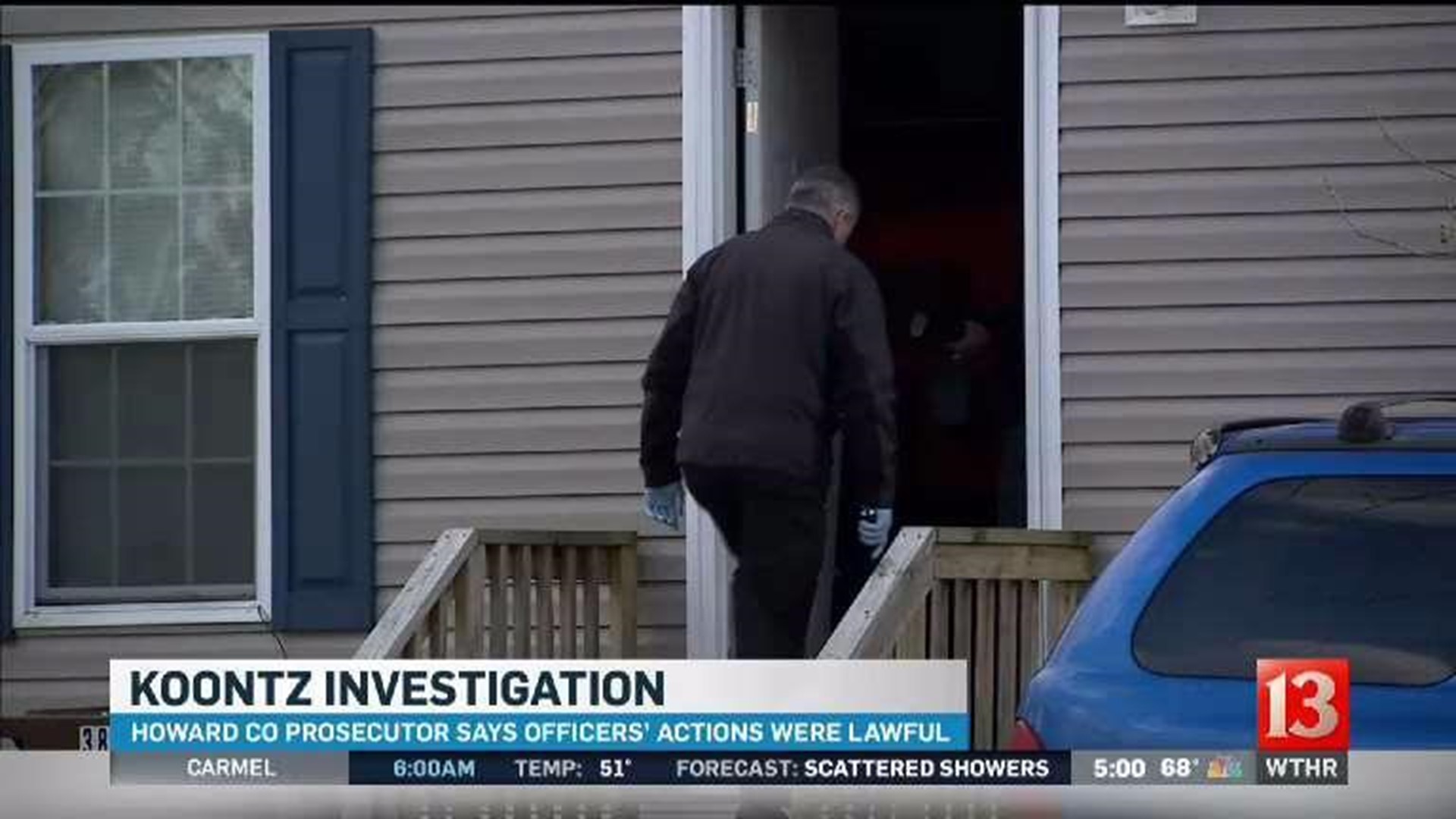 HOWARD COUNTY (WTHR) - Nine people are facing drug-related charges after police discovered them in possession of methamphetamine and heroin on video surveillance inside a shooting suspect's home.

Evan Dorsey is the man police say shot and killed Deputy Carl Koontz during a shootout.

Investigators say Koontz and Sgt. Jordan Buckley acted appropriately based on what they did and did not know about Dorsey.

The Indiana State Police investigation revealed Koontz, Buckley and two other officers entered Dorsey's mobile home to serve a warrant. Dorsey ran into a bedroom and shut the door. Investigators say Koontz and Buckley gave chase and tried to enter the room. That's when Dorsey shot through the door nine times before turning the gun on himself. Investigator say Koontz and Buckley fired back 16 times.

"If they had been aware of the weapons in the home, maybe things would have been different," said Tony Slocum with the Indiana State Police.

"I do not believe they knew that there was surveillance equipment until entry was made," added Slocum, referring to the cameras outside of the mobile home.

Surveillance video also confirms a man had been in Dorsey's mobile home days prior with a Kokomo Police badge that was reported missing. Investigators say police uniforms were also discovered during their search.

"There is an unidentified person shown in the video with the police badge in his possession," said Mark McCann, Howard County Prosecutor.

State Police investigators were notified days after the shooting about $1,700 missing from Deputy Koontz's car. Initially, State Police said the missing money would not be part of their final report but when asked about it, State Police made a surprise revelation.

"Deputy Koontz's car was at the crime scene. It was locked. It was running. The Indiana State Police never gained access to that car. Representatives from the Howard County Sheriff's Department came and got that car and took it to the Sheriff's Department."

Howard County Sheriff Steve Rogers confirmed the money was seized during Koontz's last traffic stop of his shift on March 19th. Koontz and Russiaville Deputy Marshal Randy Vannatter made a drug-related arrest near Dorsey's mobile home. During that arrest, Jason Snow told the officers about Dorsey hiding out in the mobile home. Dorsey was wanted on a warrant in another county.

According to Sheriff Rogers, Koontz's money isn't the only thing missing.

"Some other piece of paraphernalia that was with the money. Yes, that's all I'm aware of," said Rogers.

Six of the nine people facing drug-related charges are in the Howard County Jail. The search is on for the remaining three, including the man who tipped Officer Koontz off during the traffic stop.

Two weeks ago, 13 Investigates learned there was new evidence that could provide answers about how a friend of Dorsey's got the badge. 13 Investigates also discovered $1,700 seized hours before the shooting was missing from Deputy Koontz's car.

The Howard County Sheriff says his investigators have been unable to determine what happened to the money, and notified Indiana State Police. That money is still unaccounted for.

Prosecutor Mark McCann determined that the officers' actions during the warrant service and shooting were lawful. His office considers the matter related to the shooting and warrant service closed.