Indiana Secretary of State Connie Lawson wants to figure out what went wrong on Election Day in Johnson County. 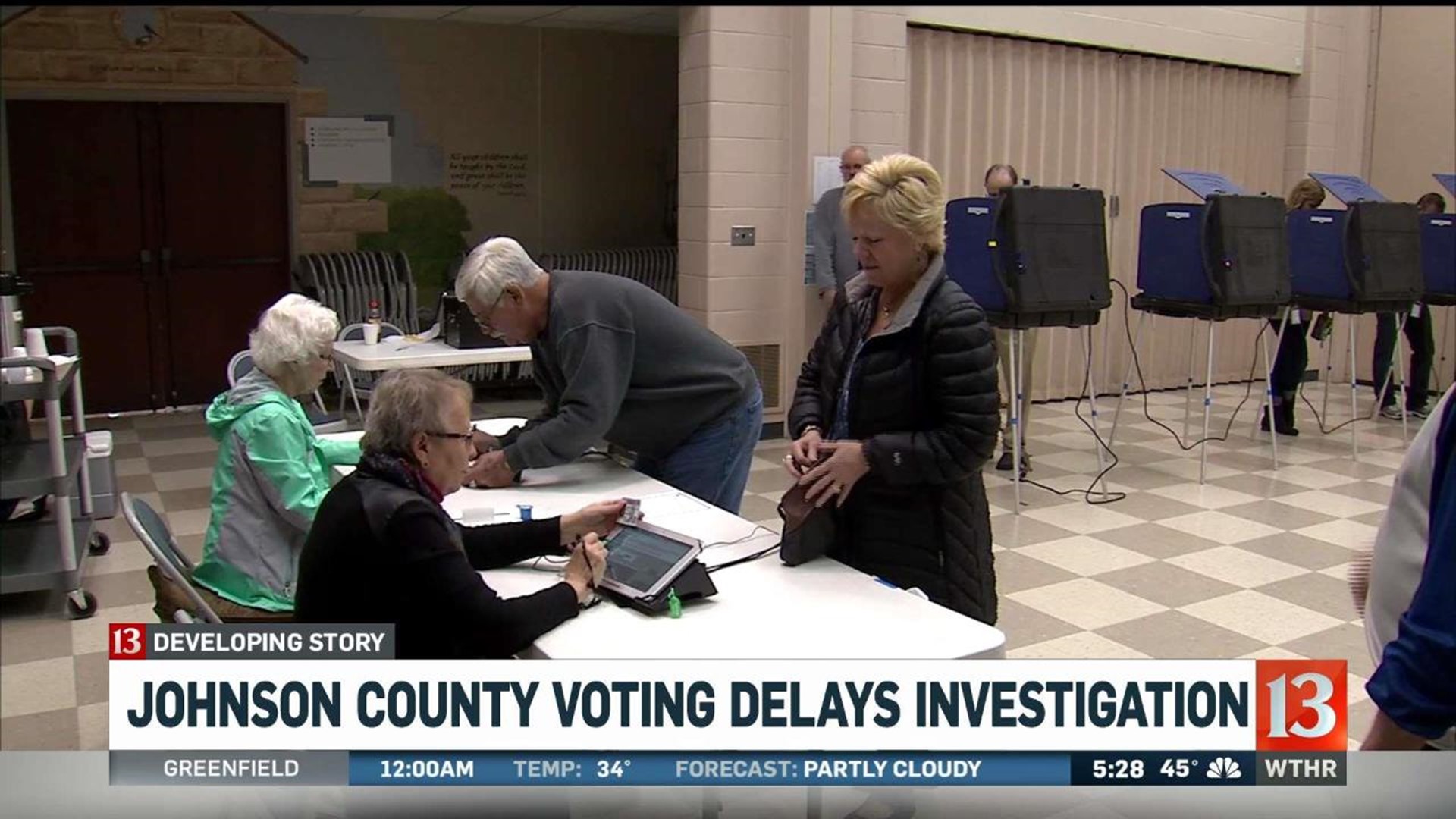 Problems with voter check-in led to long lines and waits for voters. Lawson is investigating issues with the electronic poll books provided by Election Systems and Software.

"Everything was going great until about 9:45 (a.m.)," said Misiniec. "Then we started experiencing a slow down and it just kept slowing down with our electronic poll books. We had so many people that were voting and that slowed that entire process of issuing a ballot. So, it was really overwhelming to all of us. We were really unhappy that that happened."

"People expect to wait when they come to vote, especially on Election Day," said Misiniec. "But they don't expect to wait that long. It's not acceptable."

The problems were resolved in the afternoon on Election Day.

"I'm glad that it's back up now and I had a flexible enough schedule today that I could come back out," one woman voting in Johnson County said on Election Day.

"Fortunately, we voted after it broke down," said one man at the polls November 6. "It's back up again so we had a good vote."

The Johnson County Election Board contacted Ball State's Voting System Technical Oversight Program to review the county's voting system. But Secretary of State Lawson sent a letter to Misiniec announcing her office has taken over the investigation.

Lawson issued a statement on the investigation:

"The Secretary of State's office is looking into issues with electronic poll books in Johnson County on Election Day. We are currently gathering information and conducting interviews with the parties involved to determine the root cause of the problem."

Johnson County pays Election Systems and Software over $100,000 a year for election services. The clerk expects some level of refund. The company says it works with customers for "fair and equitable outcome."

"ES&S looks forward to fully cooperating with the Secretary of State's office. We again apologize to voters and to elections officials in the counties in Indiana where a poll book issue during the first part of election day caused longer wait times than normal. While the issue was resolved on election day, we know some wait times were not acceptable and we look forward to answering any questions regarding the situation.

The Secretary of State is investigating seven Indiana counties that use Election Systems and Software, although the biggest delays seemed to be in Johnson County.