Researchers at IUPUI are training Indiana prisoners to be health resources and advocates for their peers. 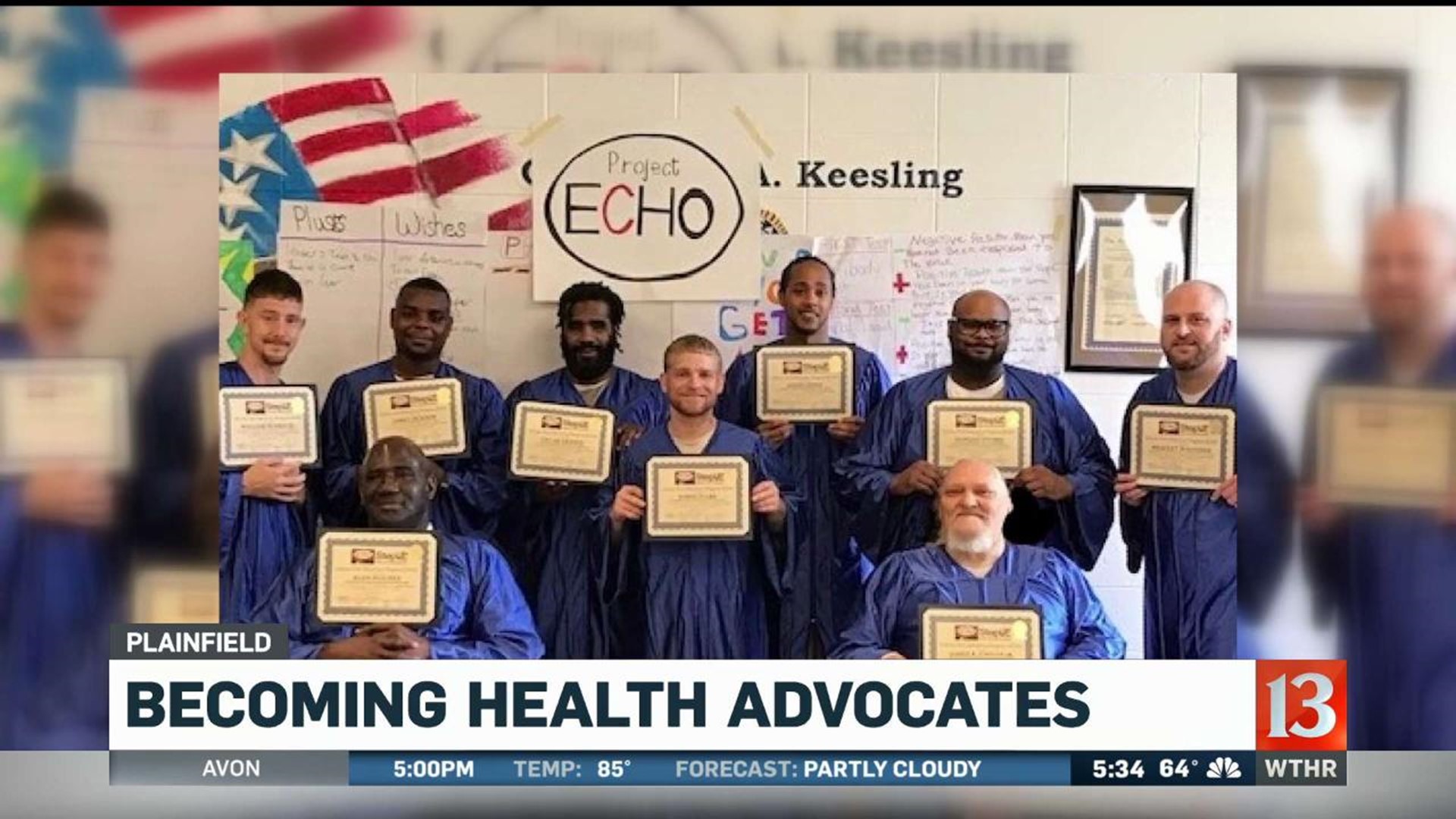 INDIANAPOLIS (WTHR) — Researchers at IUPUI are training Indiana prisoners to be health resources and advocates for their peers. It's part of a worldwide program to improve health among underserved populations.

Selected inmates at the Plainfield Correctional Facility go through a 40-hour training session. After they graduate from the program they lead classes with other inmates.

They're trained on a variety of health topics that researchers say can be prevalent at prisons. This includes infectious diseases, mental health issues like depression and suicide risk, diabetes, addiction, HIV, and other sexually transmitted diseases.

Twenty men have completed the IUPUI program. It's through the Richard M. Fairbanks School of Public Health's ECHO Center.

They say prisoners who become health resources have a better chance of getting through to their peers than someone who has never been incarcerated.

"It does offer people a chance to come together to work as part of a team to find service and give back, when a lot of times I think that they feel like they've wronged their community," says Andrea Janota, the ECHO Program Coordinator. "I mean we have conversations all the time about how this is changing people's lives."

They say the inmates who become advocates also become a kind of leader in the prison.

"They do have to be able to come in and make a commitment and understand and say, 'You know, I've gotta be a positive role model. I can't be coming in and saying one thing in class and another back at the dorm,'" Janota said. "So they're living what they're teaching."

The program plans to continue expanding.