In the first three months since the law took effect, police have issued Hoosier drivers 730 citations and another 3,150 warnings. 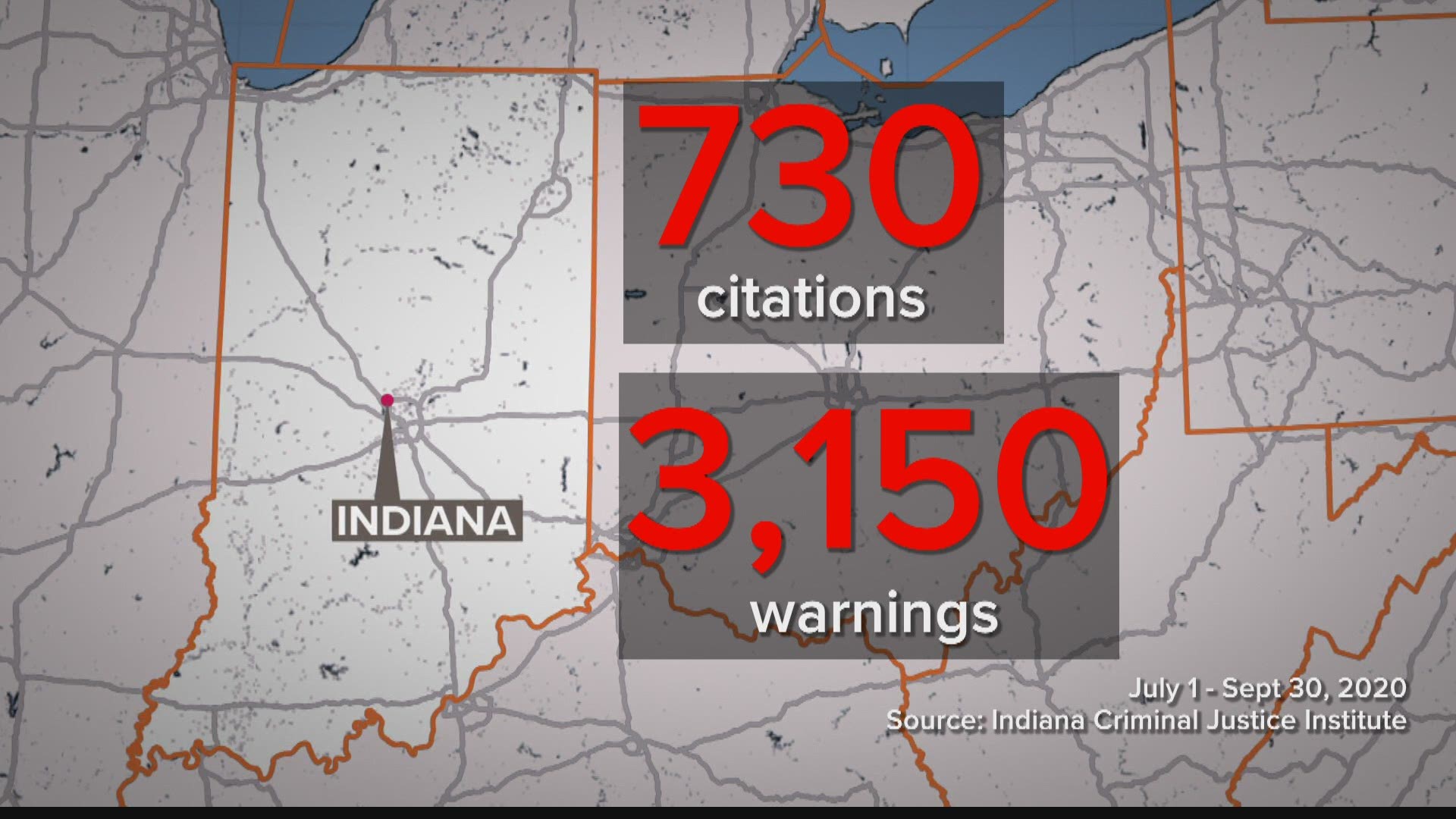 In the first three months since the law took effect on July 1, police have issued Hoosier drivers 730 citations and another 3,150 warnings for using a mobile device while driving, according to state data obtained by 13News.

“What that tells us is that we're really heavy on the education component,” said Indiana State Police Capt. Ron Galaviz. “We want the motoring public to know this law is in effect, what the law says and what it doesn’t.”

The initial focus of the enforcement has been education and publicity, which explains why police officers have issued far more warnings than citations. Galaviz expects that to continue for another three months, but he says officers will likely issue fewer warnings in January.

Indiana’s new hands-free law prohibits Indiana drivers from holding their cell phones while driving, except for dialing 911 in an emergency. It does permit drivers to use hands-free technology, such as headsets, speakerphone or Bluetooth.

A previous law in Indiana banned reading and sending text messages and emails while driving, but police said that was much more difficult to enforce than the current law. Now, an officer can initiate a traffic stop simply by observing a driver operating a vehicle while holding a cell phone.

A ticket for driving while holding your cell phone can result in a fine of up to $500. Starting next summer, the Indiana Bureau of Motor Vehicles can also assess points to a driver’s license for violating the new law.

According to Indiana State Police, distracted driving resulted in more than 10,000 Indiana crashes in 2019, and 19 of the crashes included a fatality.