Indiana pastor's home burglarized while he preached at church

While Pastor Justin White and his family were at church Sunday, someone burglarized their Columbus home, stealing about $11,000 in valuables. 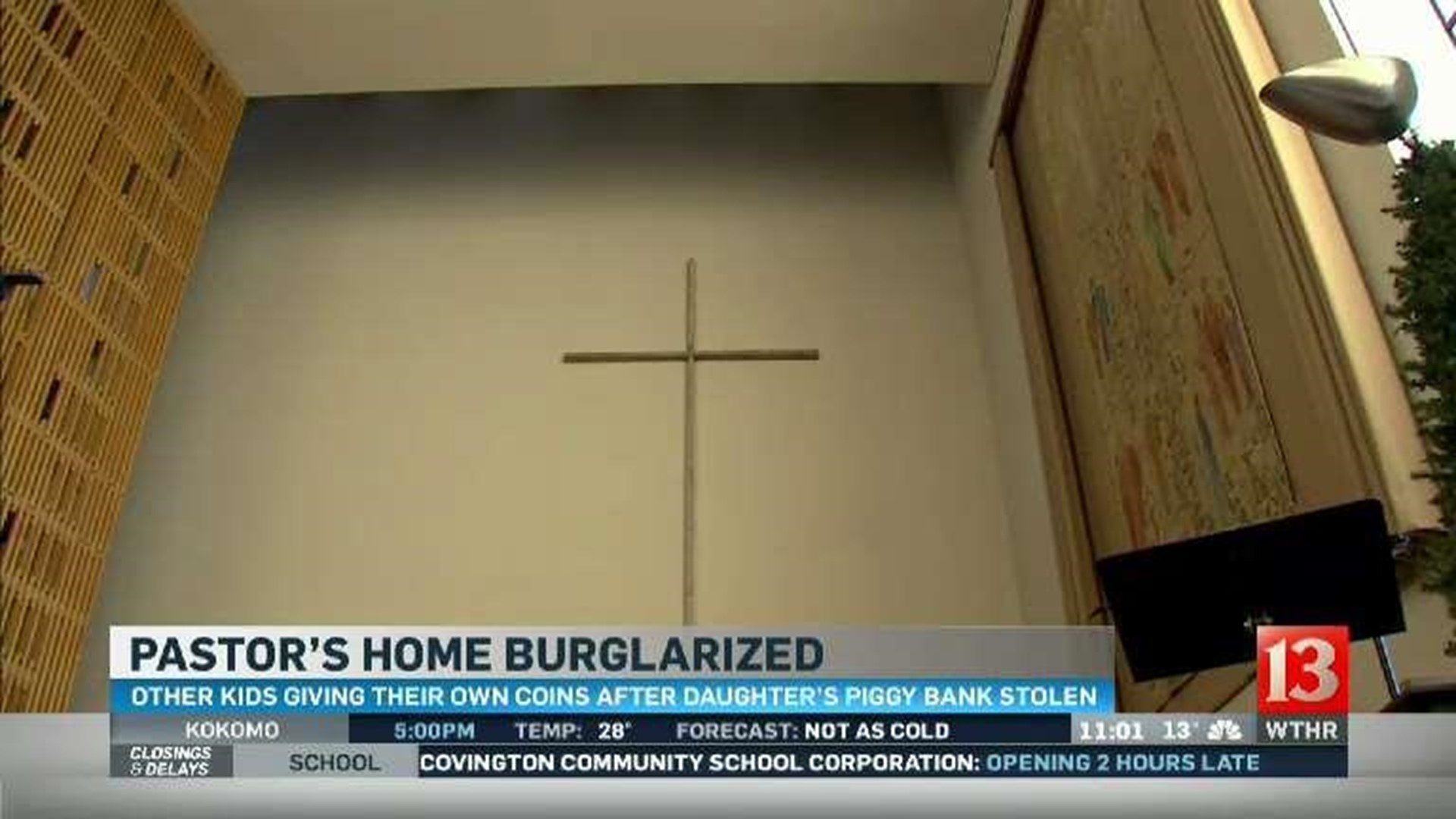 COLUMBUS, Ind. (WTHR) - While Pastor Justin White and his family were at church Sunday, someone burglarized their Columbus home, stealing about $11,000 in valuables.

They also took something special from one of his children, and now children are helping to replace it.

At First Christian Church in Columbus, while Justin White spent Sunday in the sanctuary, thieves were preying on the pastor's home.

"I was here preaching. We have two services," Pastor White explained. "Everything was going on as normal and then we went home."

The family noticed the garage door was open to their home. They soon learned someone broke in and ransacked the place sometime between 8:30 and noon.

"The fact that somebody knew where we were and chose Sunday morning to come in? It's hard. It's hard to swallow," said Pastor White's wife, Michelle.

"We went in and my son looked up and saw that our tv was gone and he said, 'we've been robbed!' Then we started walking through the house and we realized they had taken so much," Pastor White said.

The criminals stole more than $11,000 worth of valuables, electronics, small appliances and jewelry, plus something even more personal from Lila, the family's youngest.

"She uses a big plastic bottle as a piggy bank and she said, 'dad! My money's gone'," Pastor White said. "It was all gone except for one quarter. They left one quarter there. The rest was gone."

The bottle was filled with change that the 7-year-old had saved to buy Christmas gifts, earned through chores over several months.

"As a mom, that's really hard. She's heartbroken and that's when I get angry and frustrated," Michelle said. "I can handle the stuff that was taken from us, but my kids are hurting and that's the hardest part."

But then this family had something amazing happen.

They started receiving bags full of coins, donated from neighbors and church members - not from the adults, but from the children.

"Ziploc bags full of coins to be put back in my daughter's piggy bank," Pastor White said. "One was anonymous. Another was from a staff member. A mom brought her two preschool daughters over and they had bags full of coins for Lila. The fact that it comes from a child to a child makes it special."

"That was the first moment that I cried yesterday when they showed up at our door wanting to give," Michelle said.

Pastor White says even in the worst of times, they've now seen the best in people.

And he's not surprised.

The generosity of his congregation, he says, speaks to the character of the people in Columbus.

He's also forgiven the thieves and says they're always welcome in the house where he works - the house of God.

"There's another way. You don't have to live like this," Pastor White said. "I feel for whoever did this."

Now, as police investigate the crime, some church members plan to take turns keeping watch at the pastor's house during Sunday morning services.