People all over the country are honoring men and women who gave the ultimate sacrifice during National Police Week. 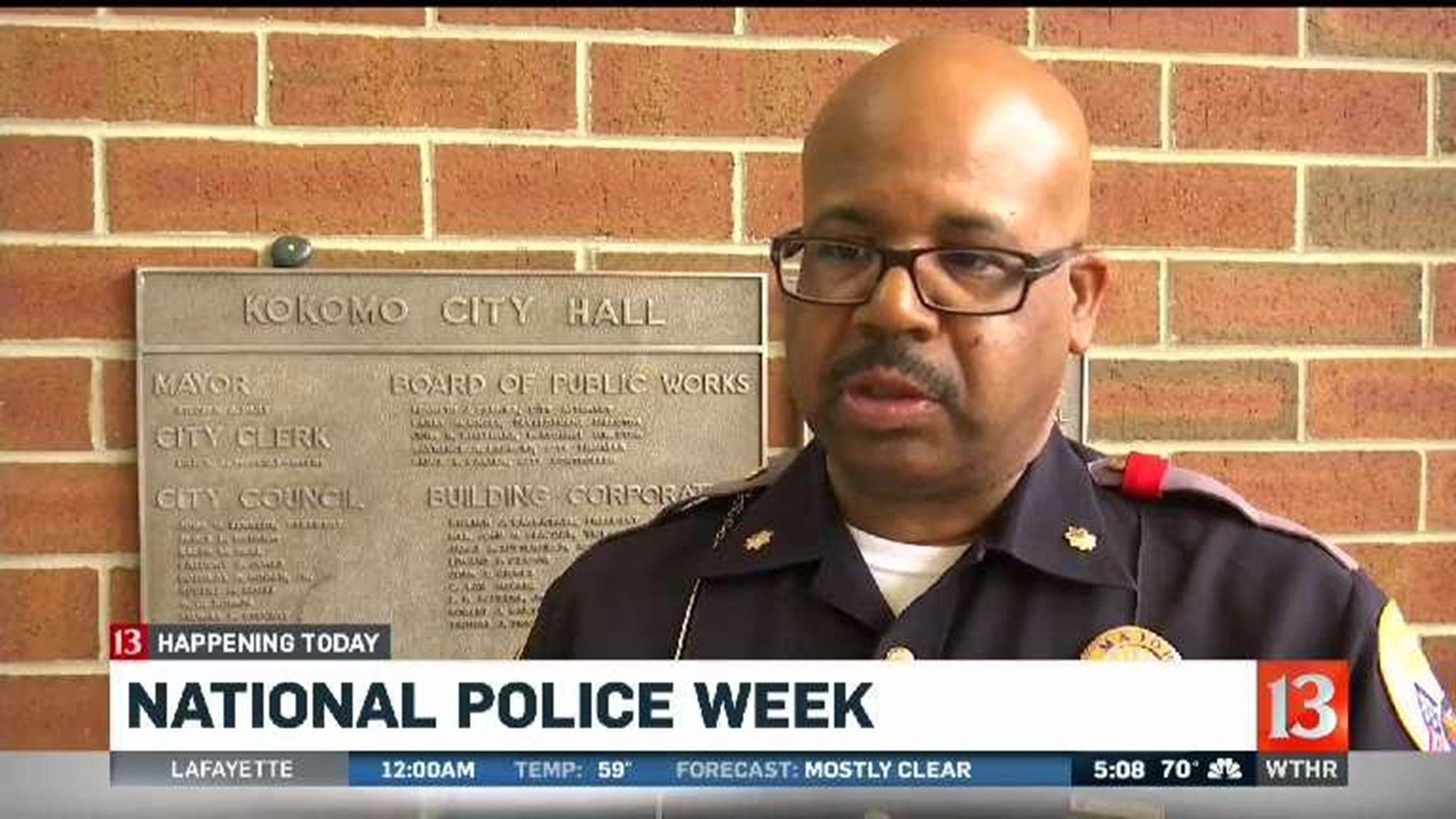 KOKOMO, Ind. (WTHR) - People all over the country are honoring men and women who gave the ultimate sacrifice during National Police Week.

In Washington D.C., President Donald Trump talked about those noble heroes at a ceremony on Wednesday morning.

"To all the families of our fallen officers, our whole country is praying for you and embracing you and pledging to you that we will never, ever leave your side," Trump said.

Among the crowd in Washington was Boone County Sheriff Mike Nielsen and dozens of his deputies. They were there to honor the legacy of Deputy Jacob Pickett, who was killed in the line of duty last year.

"You know, he knows," said Nielsen. "And I honestly believe in a higher power and I believe Jake is here walking this journey right alongside all of us as well."

Nielsen says he plans to return to D.C. for Police Week every year to honor his friend and colleague.

"Time is the only thing that really heals," said Nielsen. "We'll never forget, but I think many of us heal and grieve in different ways. So I'm hoping to see that we'll heal just a little bit more over the next 12 months. When we come out, it'll be a little bit easier for everybody that attends this service again."

You can follow the Boone County deputies on their trip to D.C. on the department's Facebook page.

People in Kokomo came out for a solemn service on Wednesday afternoon, honoring their own fallen officers. Kokomo officers Thomas Lannon, who died in 1877, and Al Berryman, who died in 1953, were killed in the line of duty.

People in Kokomo are gathered in honor of #PoliceWeek2019 - they are paying homage to all officers, but especially Kokomo officers George A. Berryman (killed in 1953) and Thomas W. Lannon (killed in 1877). @WTHRcom pic.twitter.com/mzFLBmPElL

"Their families, we feel for those, the families and children they left behind," said Kokomo Police Maj. Brian Seldon. "It's an honor for us to honor them on this day."

As part of the ceremony, current and retired officers laid down carnations to honor the lives of those who died making the ultimate sacrifice.