Indiana judge shot in May set for return to bench 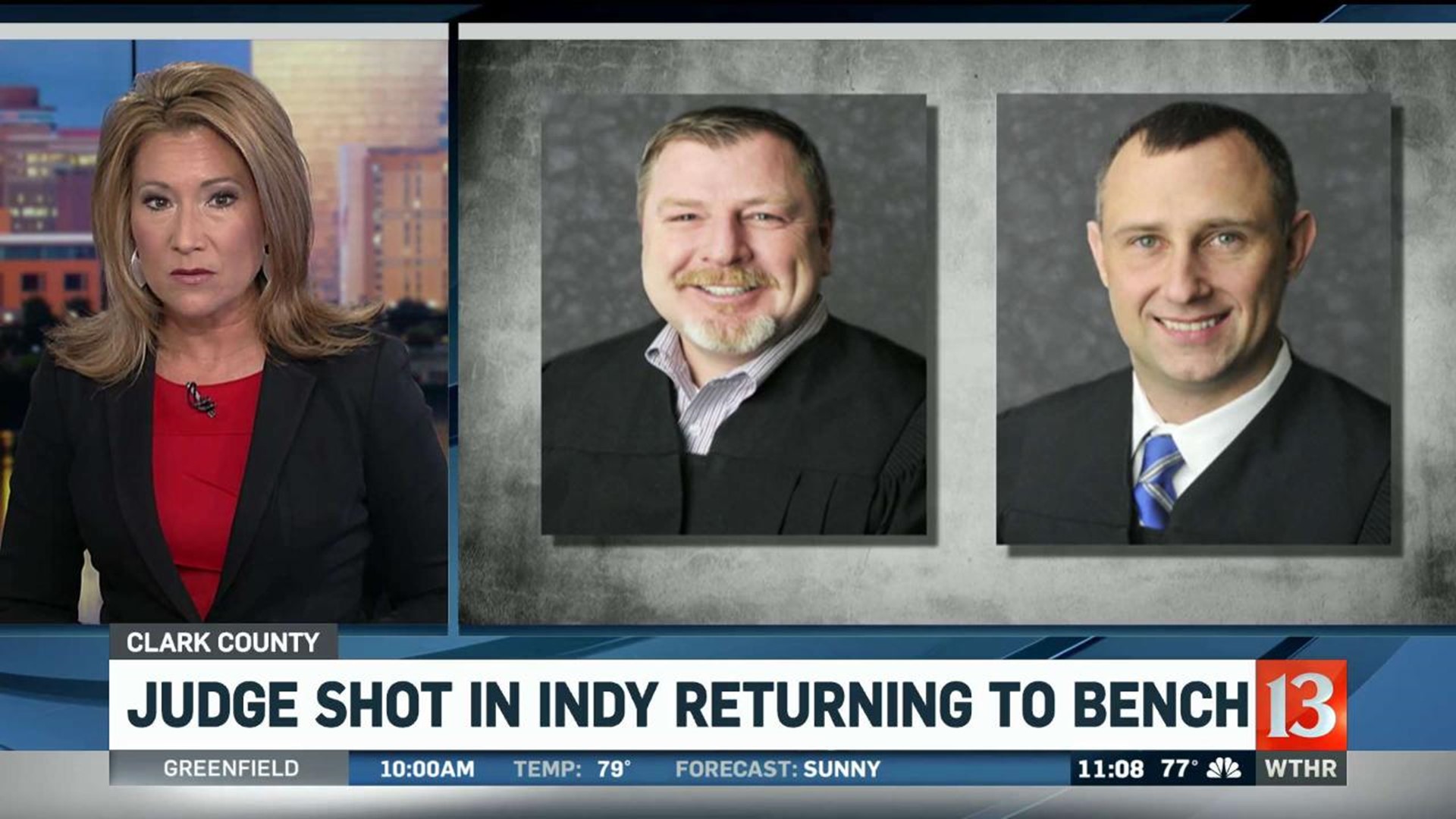 JEFFERSONVILLE, Ind. (AP) — A southern Indiana judge who was shot this spring following a fight in downtown Indianapolis is set to return to the bench.

His return to judicial duties will come nearly three months after he and fellow Clark County Judge Drew Adams were shot outside a fast-food restaurant during a fight with two men.

The judges were in Indianapolis for a judicial conference.

Adams and those two men are charged in the altercation.

The News and Tribune reports that Adams, who faces battery charges for his role in the fight, has been suspended from the bench with pay until further notice.