Tamika Catchings was selected to join the Naismith Memorial Basketball Hall of Fame on her first year of eligibility. 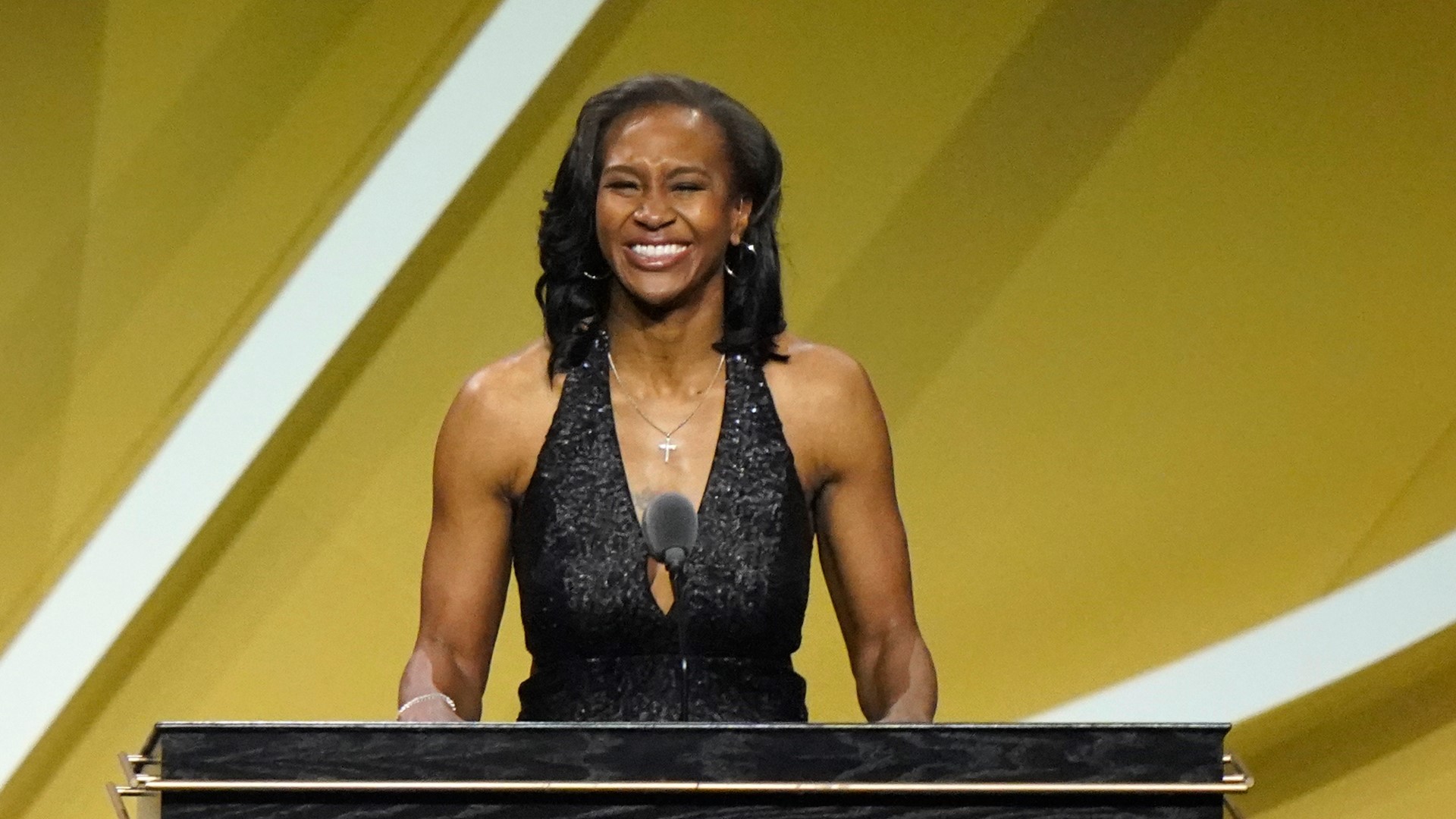 Catchings is now in the basketball hall of fame. She was part of a nine-member class, which included the late Kobe Bryant, that was inducted into the Naismith Memorial Basketball Hall of Fame Saturday.

The group got their delayed and long-awaited enshrinement on Saturday night, more than a year after being announced as the hall's Class of 2020.

RELATED: Tamika Catchings selected for Hall of Fame on 1st year of eligibility

The other eight finalists selected to join the Hall of Fame include:

Catchings was a 10-time all-star, a five-time defensive player of the year, and she's the WNBA's all-time leader in steals. Plus, she won four consecutive Olympic gold medals with Team USA from 2002-2016.

Catchings shared with the crowd how she came to love the sport as a child.

"Basketball chose me, an awkward, lanky introverted tomboy born with a hearing disability a speech impediment and a will to overcome obstacles, dream big and change the world," Catchings said.

She went on to thank her family, coaches and the players she looked up to as a kid.

After spending her entire career with the Indiana Fever, Catchings now serves as the team's general manager.