Decades after being "less than an inch" from death on the job, Walter Kuhn is still taking incredible pictures of IndyCar races. 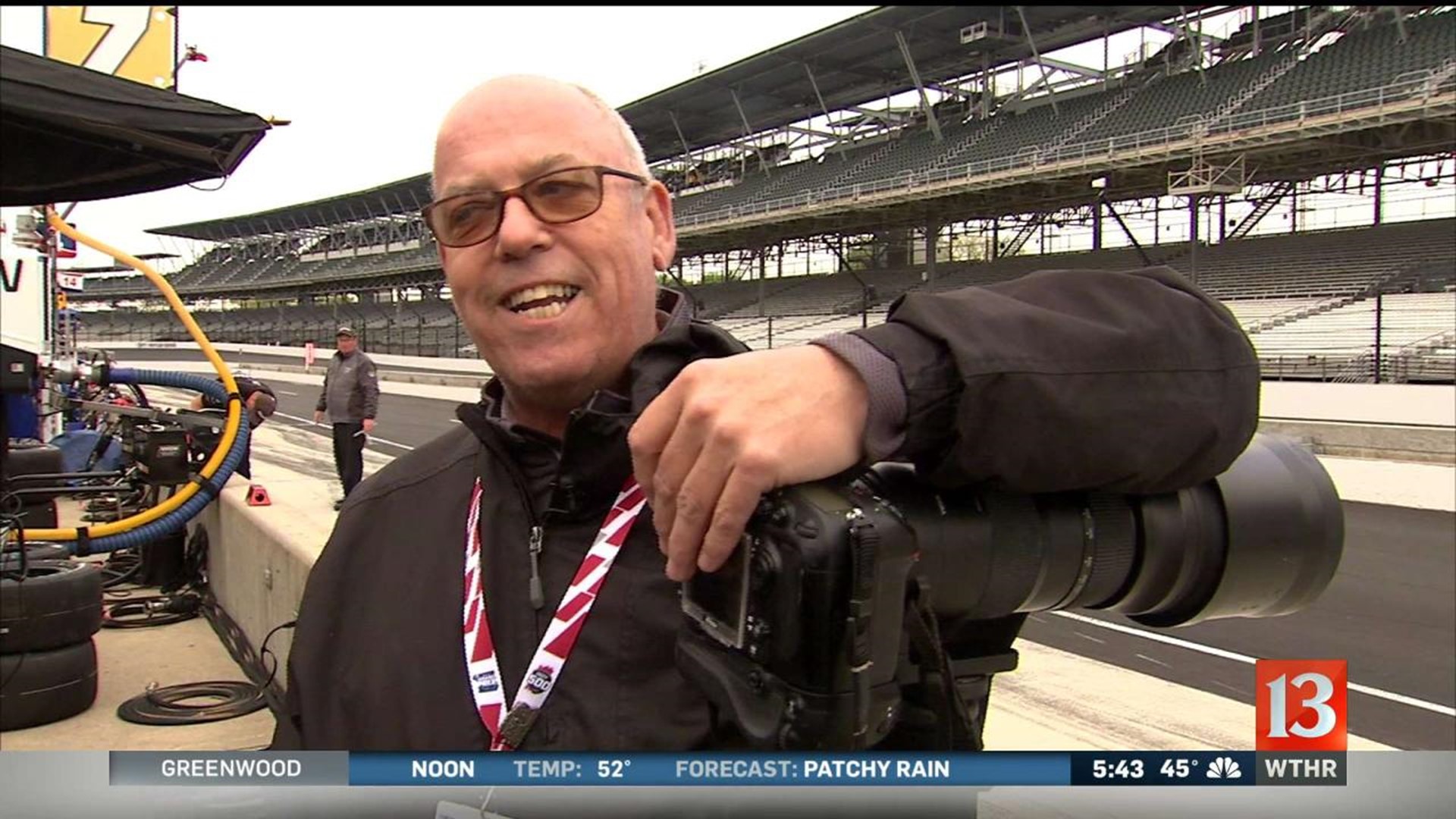 SPEEDWAY, Ind. (WTHR) — Walter Kuhn has been called "the photographer of the Indianapolis 500." He's been taking race pictures for more than four decades. In fact, he almost died doing exactly that, when a tire flew off an IndyCar at 190 mph and hit him in the head.

Kuhn said he was "less than an inch" from losing his life in March 1998 when a driver crashed during the last practice before a race in Phoenix, causing a tire to fly through the fence and hit Kuhn right in the head. He's got the scars to show it, but that's not all. As it turns out, Kuhn captured the very tire that hit him just moments before it all happened.

"I don't remember taking that picture. And this was in the days of film, so I didn't know until two days after...we got the film back and we saw the picture," Kuhn said. "It was the final practice session before the race, so I remember going out there and the session starting. My next memory is five hours later waking up in the hospital."

Miraculously, his injuries were relatively minor given the nature of the incident. He was in the hospital for 14 hours but walked out only with 23 staples in his head — no concussion and no broken bones. The next day, he was back at the race.

Today, he's still got a dent in his head from the headset he was wearing and tire marks on the hat he had on to remind him of the incident.

"It kind of changed my perspective on life," Kuhn said. "What's important and what's not important. It taught me that life can be taken away from you pretty quickly."

Since then, he's focused his life more on spending time with loved ones and cherishing experiences that money can't buy.

Kuhn is now a staff photographer for IMS and still taking incredible photos. Although his position gives him access not many others can boast, he said luck is still a factor in his greatest shots.

"I'm one of only five people who can say the cars go underneath us."

He said his camera shoots 12 frames per second. But when those IndyCars are covering the length of a football field each second, luck has to play a part. But of course, there's no doubt he's got the skill, too.

Kuhn offered some advice for photographers who are interested in shooting IndyCar: take a lot of pictures.

"It's a percentage. The more pictures you take, the more likely you are to get something you like."