Some IMPD officers are putting out an "all call" for help. They are looking for quite a few good men to be mentors in the OK Program. 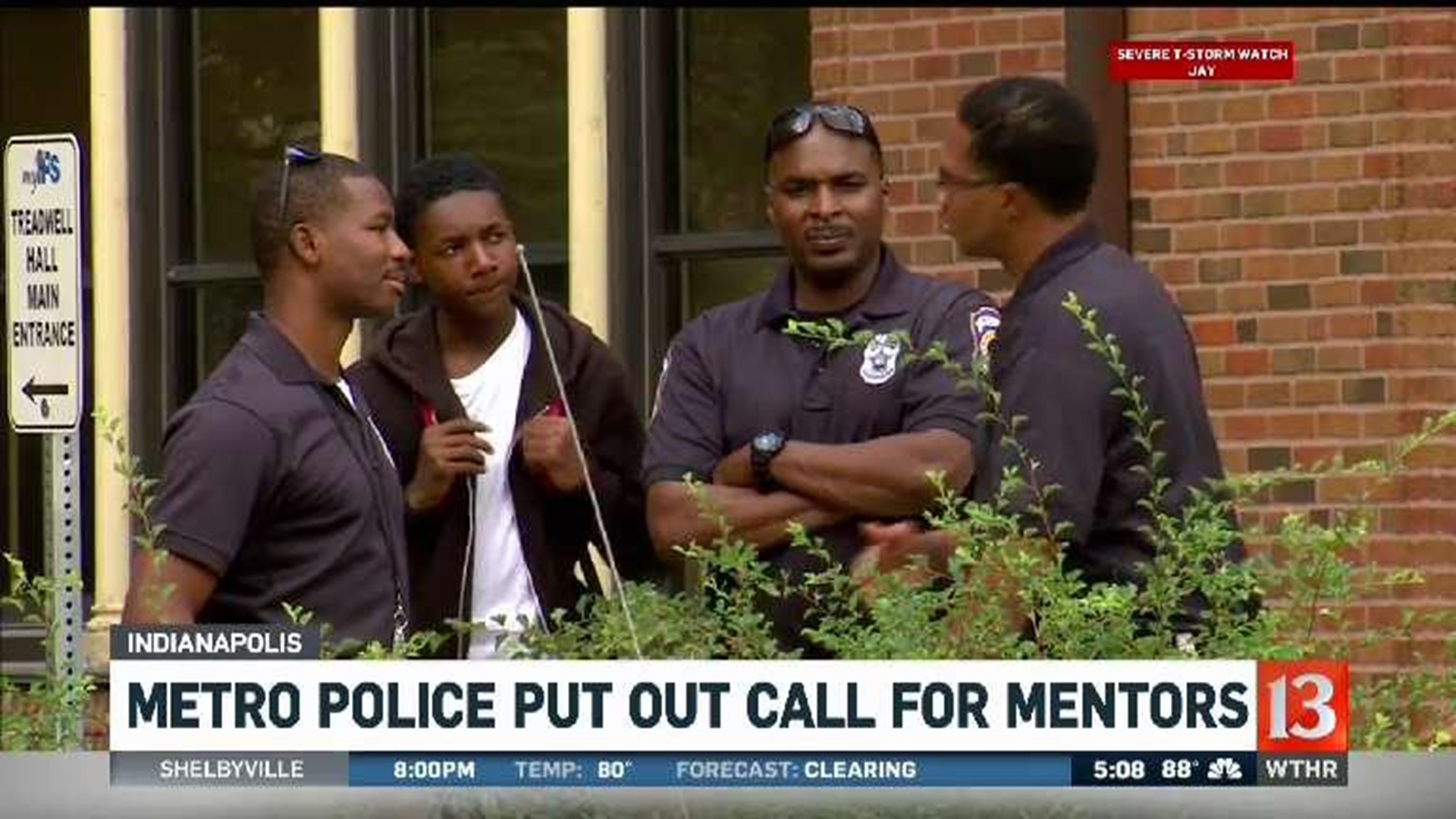 INDIANAPOLIS (WTHR) - Some IMPD officers are putting out an "all call" for help. They are looking for quite a few good men to be mentors in the OK Program.

The push comes as one way to help fight crime in the Circle City. The Metro police officers who serve as coordinators are assigned to designated Indianapolis public schools to recruit and be mentors.

Since the start of the school year, hundreds of students like tenth-grader Nicholas Brown are signed up for IMPD's OK Program. Brown told Eyewitness News that he has a 3.4 grade point average and would like the idea of having someone he can turn to for help. He believes having a mentor would also help change the mindset of not only him and his classmates, but also the public perception about young African-American boys.

"Most people think that black young men are not going to make it. But I want to be a black man who makes it," Brown said.

IMPD Ofc. Antwon Keyes, who coordinates the OK Program, believes long term they can reduce Indy's most violent crimes, which mostly involve young black males. The program originally kicked off more than a decade ago, but got the ax from previous administrators who are no longer in charge of public safety.

"The rates of homicide, incarceration, those things affect us and are germane issues to our community in more ways than any other community," Keyes said.

But the officers need help from other adult men who they hope will realize they, too, can be a lifeline.

Ofc. Deon Harris is one of the other OK Program coordinators who grew up at 42nd Street and Post Road. He takes keeping students on the right track personal.

"I want to make sure I do my part to help reduce the rate of homicide when it comes to our boys," he said.

The mentors hold what they call "KICK IT" sessions, where they have real life talks with students about real life challenges in their communities. The mentors also facilitate learning study skills and improving their grade point average. The OK Program is for students starting at the middle school level.

Arsenal Tech and the other schools have so many students signed up for the OK Program, officers hope to recruit as many facilitators as possible starting the weekend of September 21. They hope as many men as possible will attend the first-ever quarterly training session at the JTV Hill Center at 18th Street and Columbia Avenue from 10 a.m. to 2 p.m.