"Perry's life wasn't taken," said Chief Bryan Roach, Indianapolis Metro Police. "It was given by him in the conscious decision he made every day." 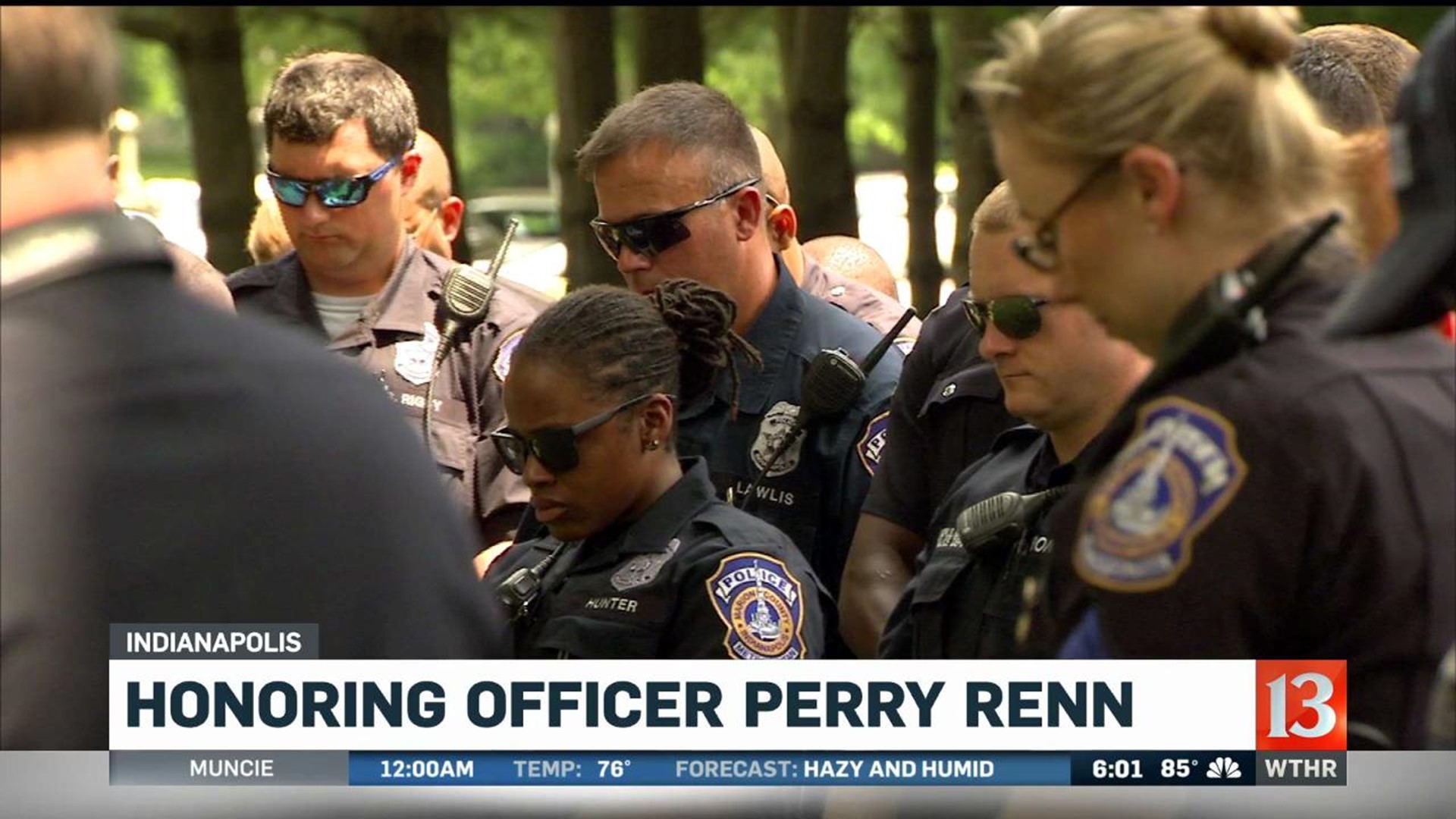 INDIANAPOLIS (WTHR) — Officers stood shoulder to shoulder at the grave of police officer Perry Renn. They celebrated a life eulogized as being forged in the fires of bravery, service and valor.

"Perry's life wasn't taken," said Chief Bryan Roach, Indianapolis Metro Police. "It was given by him in the conscious decision he made every day."

In 2014, officers raced to calls of gunfire in an east side alley. They confronted a man armed with an assault rifle. Renn was mortally wounded in the brief shoot out.

Davis' mother later blamed Renn. She insisted everything would have been alright if he didn't get out of his police car. Police officers were outraged.

"No matter what happens we always get out of our car and we continue to show up," Chief Roach told officers.

In honor of Renn, the Central Indiana Police Foundation engraved that message, that promise on what are called "challenge coins." Police carry them as a reminder of an individual or an ideal.

Officers may pass a coin on to someone else as a token of accomplishment, appreciation or respect. It is an honor to hold.

Deputy Chief Josh Barker held one in his hand. "It represents a physical piece that brings back a memory a thought a motto if you will," Barker said.

"I will always get out of my car" carries a sense of urgency. Officers were reminded it's not only about getting the bad guys, it's also about getting out of their cars to get to know the community and the people they are sworn to protect.

"When we lost Perry Renn, we lost a piece of this community," said one of the speakers.