IMPD Ofc. Nikolas Layton, son of Marion County Sheriff John Layton, and two others were arrested after a months-long investigation into the dealing of narcotics. 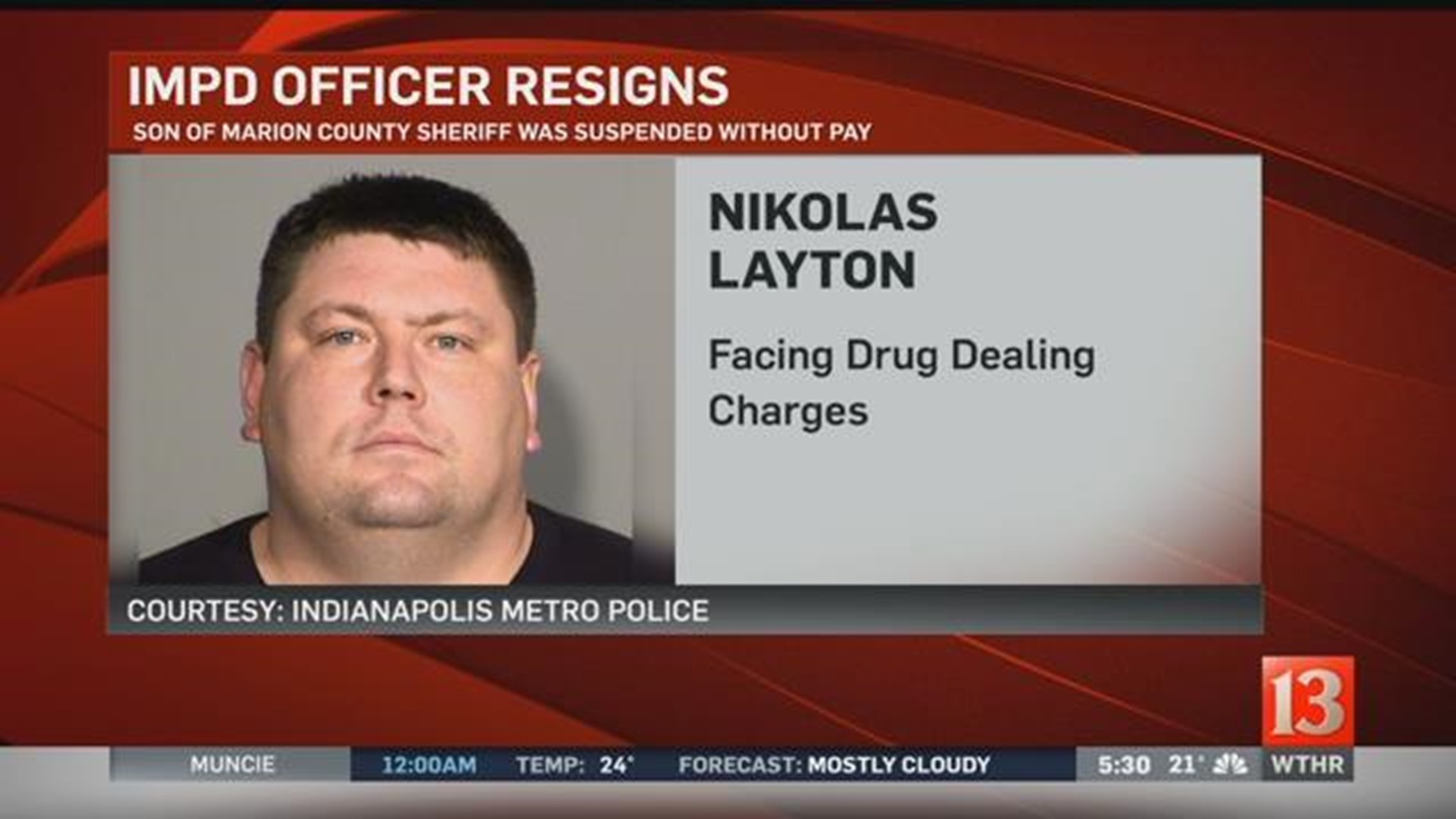 Charges have been filed against former Indianapolis Metro Police Officer Nikolas Layton, Veronica Purdy, and Christopher Reed for their alleged involvement in a conspiracy to deal narcotics.

Layton, 35, a 10-year veteran officer with IMPD, Reed, 33, and Purdy, 41, were arrested on preliminary charges earlier this week including suspicion of dealing cocaine, conspiracy to deal cocaine, dealing in a controlled substance and possession of cocaine.

Layton submitted his resignation from the force the day after his arrest.

Sheriff Layton told WTHR in a written statement, "This is obviously a heart-breaking moment as a parent, especially as a parent who is also the Sheriff, and even more as the father of a police officer. I have never tolerated this kind of alleged behavior in law enforcement. I have full faith in the criminal justice system, and I feel certain that justice will be done."

Sources tell Eyewitness News the case involving Nikolas Layton started as an FBI investigation, but once agents discovered Layton was an officer, it was handed over to IMPD. IMPD's Special Investigations Unit initiated the narcotics investigation in November 2015.

There is no indication Layton dealt drugs while on duty.

The three arrested Tuesday allegedly participated in distributing narcotics over a period of several days.

Layton worked in IMPD's Hit & Run Investigation Unit. He was suspended immediately without pay by Chief Troy Riggs, who was set to recommend Layton's termination to the Merit Board before Layton resigned Wednesday.