Randal Taylor will take over as chief of IMPD. 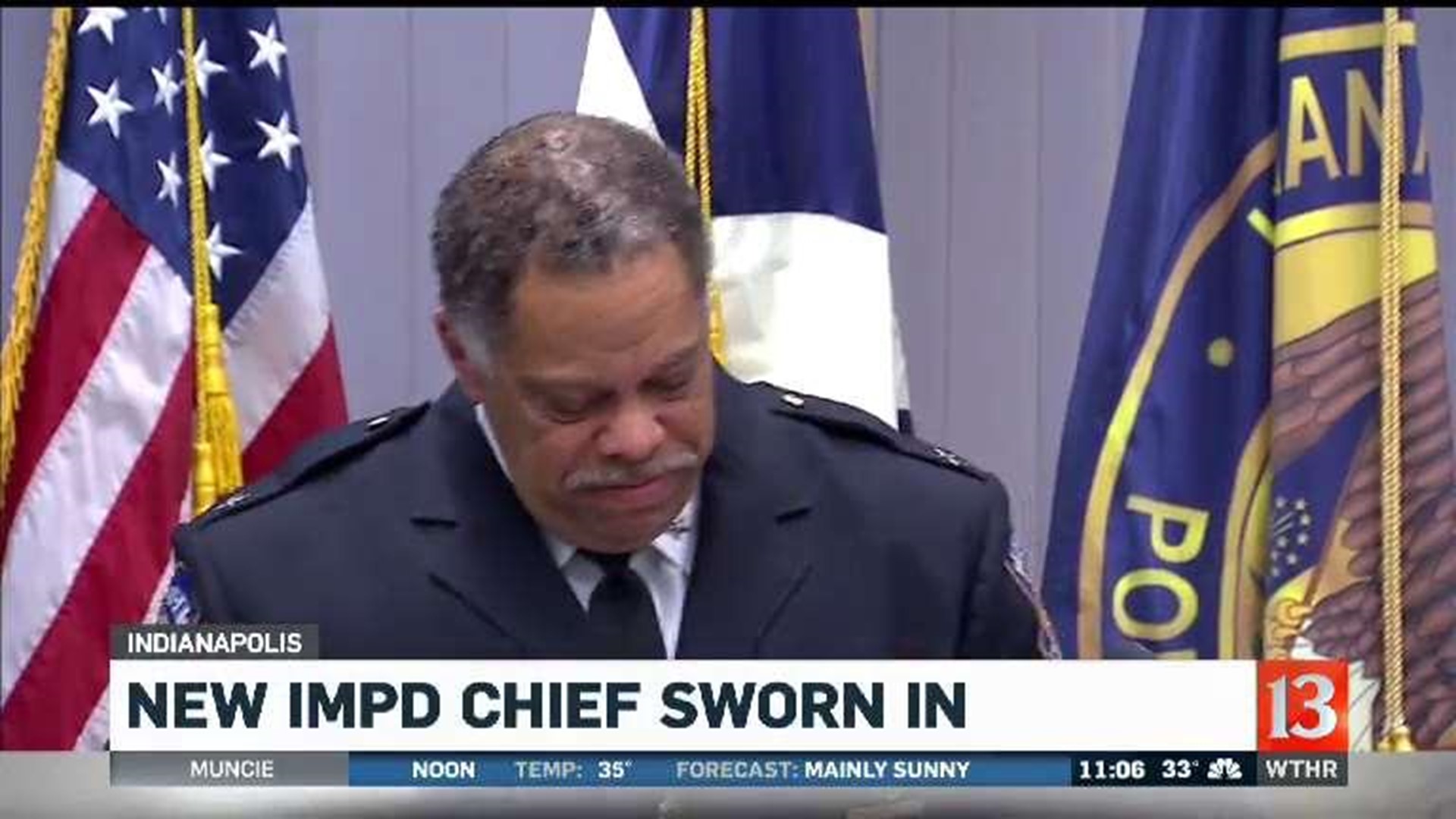 INDIANAPOLIS (WTHR) — IMPD has announced the replacement for Chief Bryan Roach, who announced his retirement earlier this year.

Randal Taylor will take over as chief of IMPD. Taylor was previously IMPD's assistant police chief.

Mayor Joe Hogsett and the department made a formal announcement during a news conference Tuesday morning.

The President of the Indianapolis Fraternal Order of Police, Rick Snyder, released the following statement:

The President of the Indianapolis Fraternal Order of Police, Rick Snyder, made the following statement:

“As a collective organization, we are pleased the Mayor selected from within the agency. As such, we are hopeful the new Chief and his leadership team will hit the ground running without delay. Our City is confronted with the here and now of a Crisis of Violence and a Broken System of Catch and Release Criminal Justice. We look forward to working alongside Chief Taylor to address the safety concerns of our community while ensuring our rank and file officers have the resources, direction and support they critically need. We congratulate Chief Taylor whose professional and life experiences combined with his rise through the ranks of the department will serve our City well. We stand ready to jointly move forward.”

The Council City of Indianapolis released the following statement regarding the new appointment as well as the appointment of Chris Bailey as deputy chief.

“The selection of Randal Taylor as chief of the Indianapolis Metropolitan Police Department and Chris Bailey as deputy chief will enhance the strong level of public safety leadership our community has grown accustomed to."

EDITOR'S NOTE: Chief Randal Taylor is married to 13 Investigates reporter Sandra Chapman. For as long as he has been in a leadership position with IMPD, it has been the policy of WTHR to recuse Sandra from covering stories related to IMPD or the Mayor's Office. That policy will continue now that Chief Taylor is leading IMPD