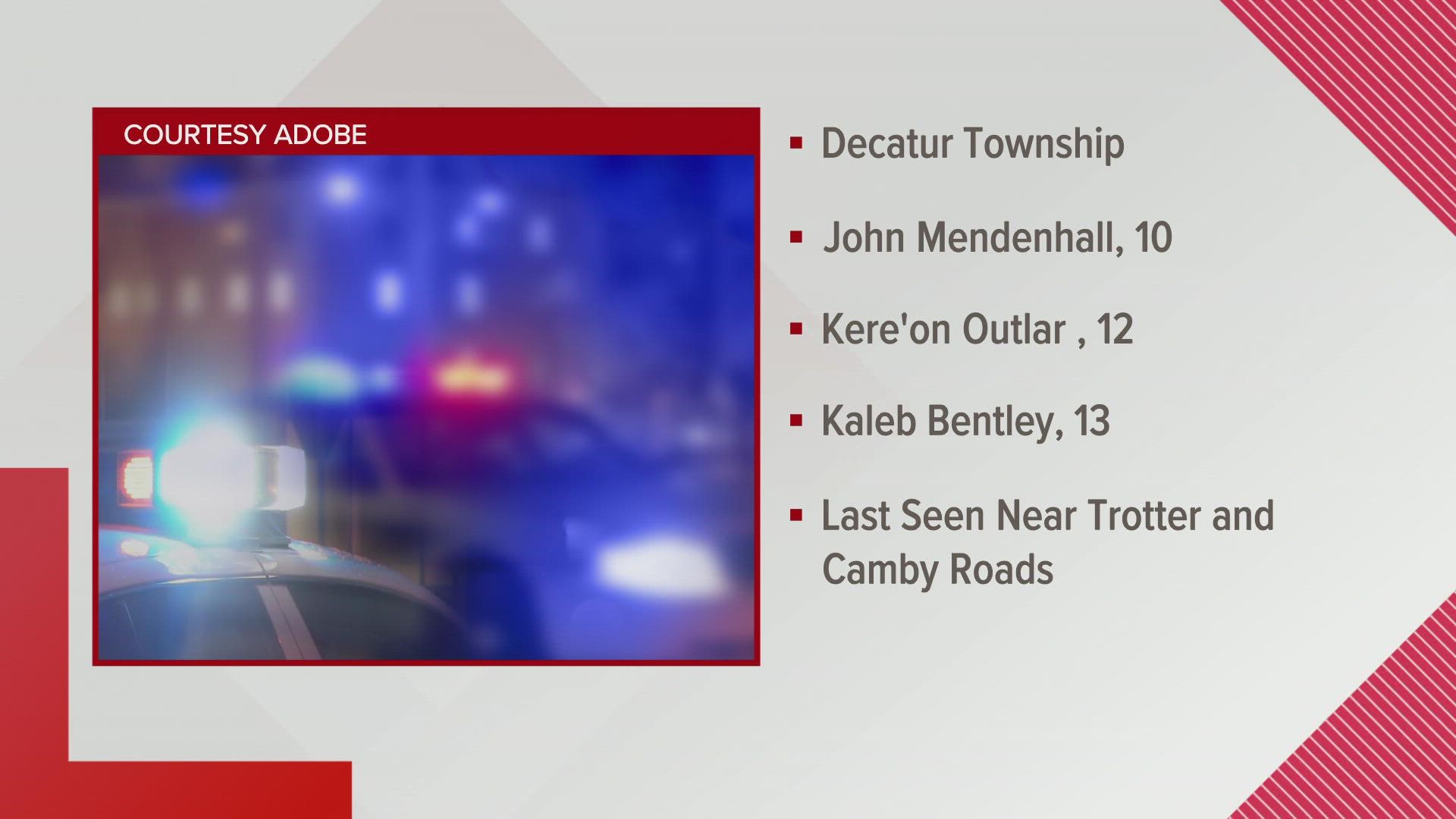 Police said 10-year-old John Mendenhall, 12-year-old Kere'on Outlar and 13-year-old Kaleb Bentley were last seen Sunday night in the area of Trotter and Camby roads, which is near Kentucky Avenue.

Police said the three were runaways from the Damar Services residential facility at 6067 Decatur Boulevard.

IMPD said there were two additional runaways from the facility Sunday who were found and returned to Damar. One of the runaways was recovered at least twice, according to an update from IMPD.

IMPD tweeted the info on the runaways Sunday shortly before 11 p.m.

They were located Monday morning.

Decatur Township is on the southwest side of Indianapolis.