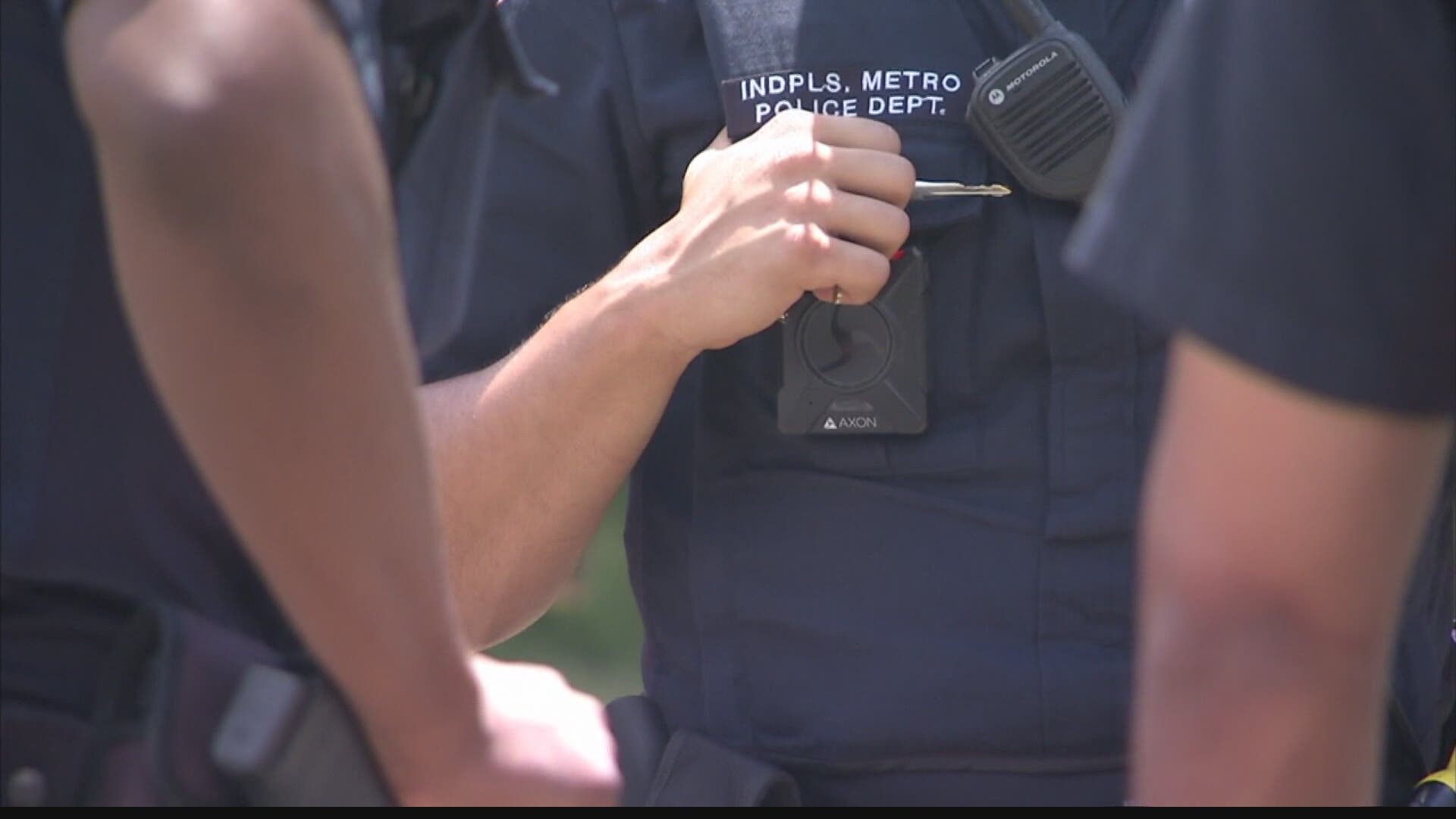 INDIANAPOLIS — IMPD is in the process of launching its body-worn camera program, more than five years after the first pilot program took place in 2014.

The contract will equip 1,100 officers in IMPD Operations, who respond to 911 calls. Monday, Utility began installing the hardware needed in the officers' cars.

According to IMPD, the cameras will automatically activate in several different situations, including when an officer is within 500 feet of a dispatched run, when they lie flat for 10 seconds, begin to run, and draw a gun from its holster.

The cameras must be on during every citizen interaction, except sensitive situations where a person requests the officer turn it off. Officers will not be able to tamper with the video, and if there is an issue with a recording, an officer must report it for investigation.

Videos of cases that are of high interest to the public will be released on chief's command, as long as it will not interfere with an investigation. If it can not be released publicly, the videos could be made available to stakeholders involved in a case. Videos can be requested through a formal request, though sensitive information, such as a child's face, could be edited. Video will be stored for 180 days or longer if they are involved in a case.

"I want every resident in our city to have the same trust in law enforcement that I do, and I want our IMPD officers to feel they are supported in what is very often a dangerous job. Today brings us one step closer to that vision," he said.

IMPD Chief Randal Taylor said, "the camera program is no cure-all, but it is certainly an important part of our continued efforts to better protect and serve the Indianapolis community."

Officers in IMPD's East District, the city's busiest, will get the cameras first with the rest of the officers equipped and ready to roll by early November.