Crews digging for a water main at a new IMPD K-9 facility turned up remains from a cemetery on the site. 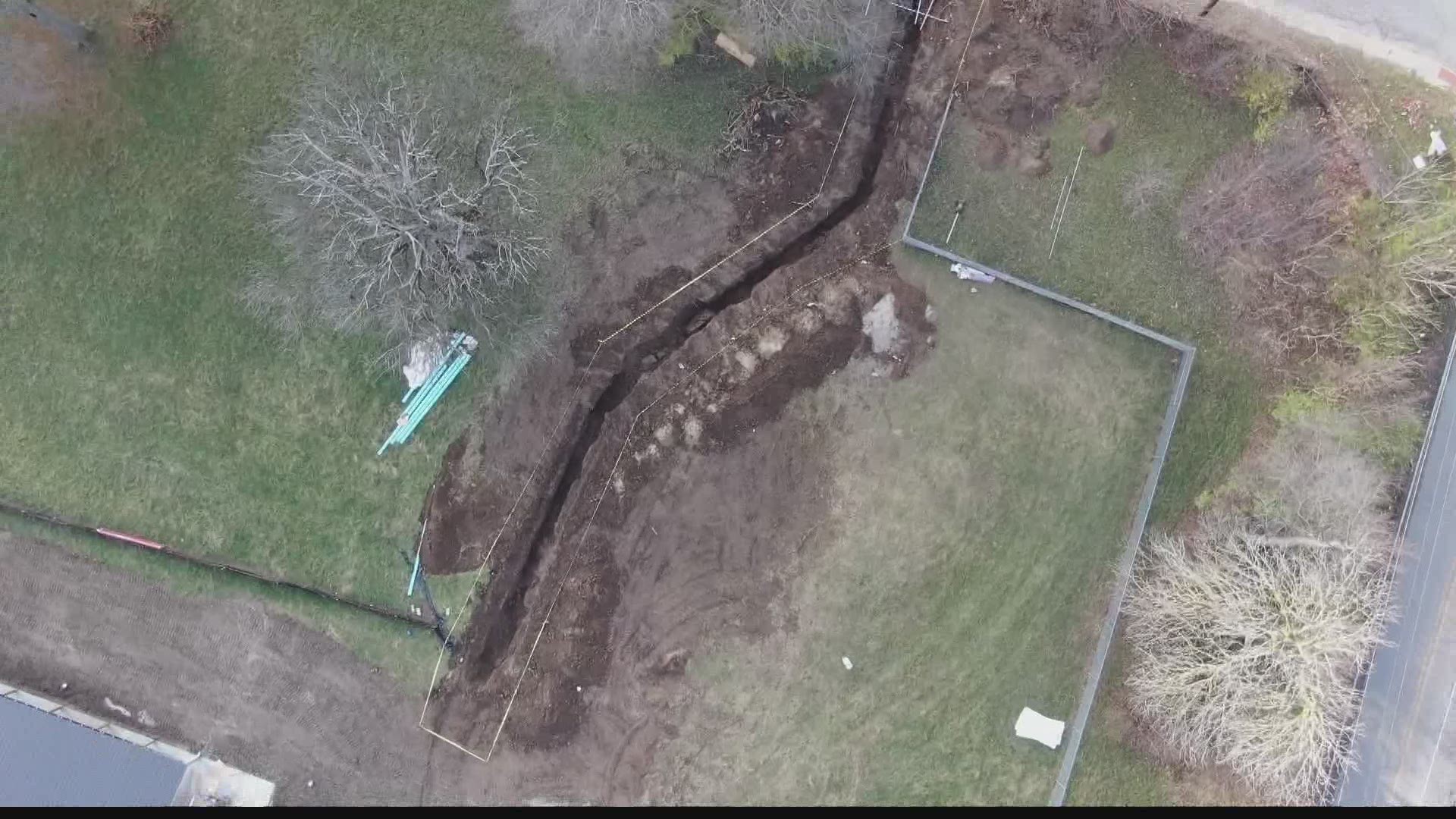 INDIANAPOLIS — Crews came across a disturbing find at the place where IMPD is building a new facility for its K-9 unit on the grounds of the old Central State Hospital site on the city's west side.

While crews were digging a trench to connect water lines to the new building, near North Tibbs Avenue and West Vermont Street, they dug up human remains.

One historian isn't surprised, but she is upset. Sarah Halter tried to stop the digging, warning IMPD and the city what they would likely find.

"It makes me angry, and it makes me sad to think the city does not care about these people," Halter said.

She's referring to the roughly 235 people buried more than 100 years ago in Section One, the oldest of the hospital's four cemeteries. Their tombstones long gone, they were all patients of what was then known as the Indiana Hospital for the Insane.

"These were people who, in life, were treated like they didn't matter and like they were in the way," she said.

Halter is executive director of the Indiana Medical History Museum, which is next to IMPD's mounted horse patrol and its new K-9 facility. She's been working to identify the patients buried in Section One for nearly two years, just as the patients of Sections Two, Three and Four were previously identified.

"I wanted to work with community partners to erect a monument to memorialize these patients and mark each of their graves, to create a beautiful and peaceful green space for the community and descendants to visit," Halter said, noting there were plans the city and IMPD knew about, never voicing any objections.

In August, archeologists from Ball State University used ground-penetrating radar to pinpoint remains. But Halter said IMPD didn't wait for the results, even though there was "plenty of evidence a cemetery was there," and they had been in contact with the Indiana Department of Natural Resources.

"They say they were monitoring the digging, but three individuals ended up crushed and mangled in a back pile before anyone noticed and before they stopped digging. It was pretty shocking and disgusting. It's heartbreaking," Halter said.

She said the work also disturbed the burial sites of 10 other people who had to be exhumed. She fears directional drilling for underground gas and electrical lines that began last week could desecrate more graves.

"They didn't have a lot of control over what happened to them or how their lives played out," she said. "These are people who deserve a little respect. Anyone would be shocked to hear this happened to their own relatives."

13News reached out to IMPD for an interview and received the following statement:

"IMPD contractors began construction of the IMPD K9 Training Facility in August of 2020 after plans were reviewed and approved by the Department of Business and Neighborhood Services and the Department of Metropolitan Development and protocols for handling archaeological discoveries were established by the Indiana Department of Natural Resources. IMPD and DNR were notified of the discovery of human remains in October, during the installation of a water main. Contractors immediately notified DNR and IMPD and halted construction pending further consultation with an archaeologist who will remain on site as the project has moved forward.

IMPD will continue working with contractors, archeologists, DMD and state officials to ensure these individuals receive the appropriate and respectful resting place they deserve."

Halter stressed she is not opposed to the new K-9 training facility. She said she wanted the location of the remains known before construction began so they could be properly exhumed and reinterred, "not just plowed through."