A video showing the end of a chase involving police and a man on a bicycle has gotten thousands of views. 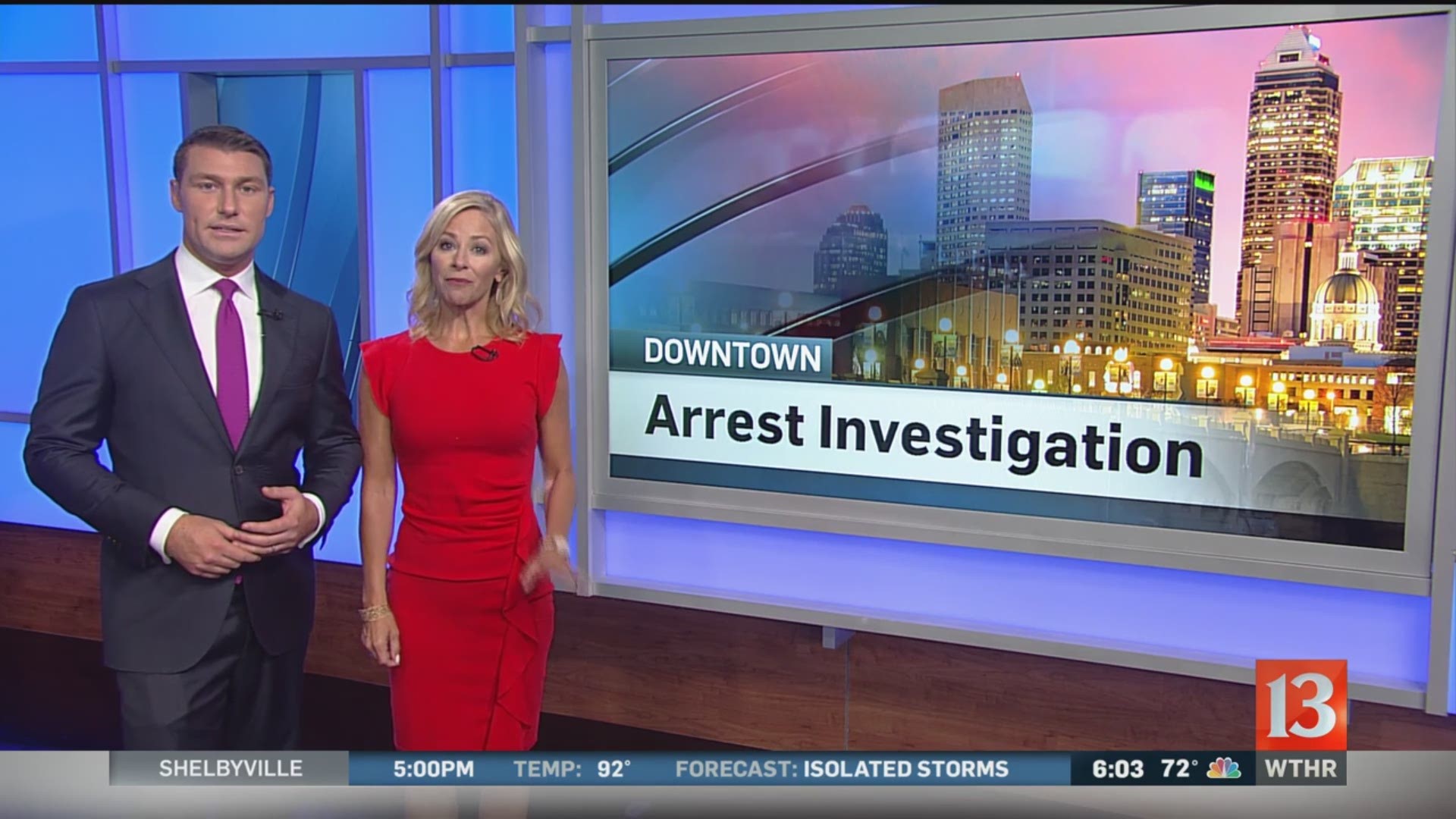 INDIANAPOLIS (WTHR) — A police chase that ended in a collision between a bicycle and a police car Tuesday was caught by a passerby on cell phone camera.

Exactly 24 hours after the controversial pursuit and arrest, Eyewitness News went back to where it happened on the corner of Washington Street and Illinois.

"I was just sitting here, shaking my cup," said Fynn Fox, who witnessed much of it. "I was ducking and I didn't know what was going on. I was scared."

Devon White, 35, was riding his bike away from at least two sheriff’s deputies who were chasing him on foot. White was wanted on a warrant for failing to register as a sex offender.

"I heard the police officer told him to stop. He was on his bicycle and ran across the street and ended up hitting the police car. That's what I saw," Fox said.

"I can’t really say, I don’t know what they were thinking," said Jakari Cole, who didn't witness the event, but saw the video online. "Maybe it was a mistake on either party’s part. There’s no way you can judge that. Just an accident and that was unfortunate to happen."

But others think they saw something else.

"It looked like he hit him," said Jonae Dunville, disturbed by what she said she saw. "Ain’t nothing I ain't seen before, just another video. I'm getting used to it now. so it's not really anything spectacular.'

"It makes me wonder if it was an accident or if it was intentional," said Trevor Berridge. "What should happen next after these sort of things and how often do these things happen that we don't hear about them because not everybody's recording?“

Berridge said he thinks there needs to be a complete investigation.

"I don't want to be so quick to judge, but I hope something is done about it."

The sheriff’s department released a statement:

Mr. White fled on a bicycle and hit a Marion County Sheriff’s Office Vehicle. Mr. White was taken to Eskenazi Hospital in stable condition. A Marion County Sheriff’s Deputy suffered injuries resulting from glass in his eyes, and also received medical treatment. An independent accident investigation of the collision is being conducted by the Indianapolis Metropolitan Police Department.

The department also said Devon White is a convicted child molester. He was arrested for resisting law enforcement and failure to register as a sex offender.

At last word, White was still hospitalized and was not yet listed as a jail inmate.