IMPD has strong message for parents after downtown shooting

Metro police are trying to find out where a 16-year-old involved in a shooting downtown got a hold of two guns. 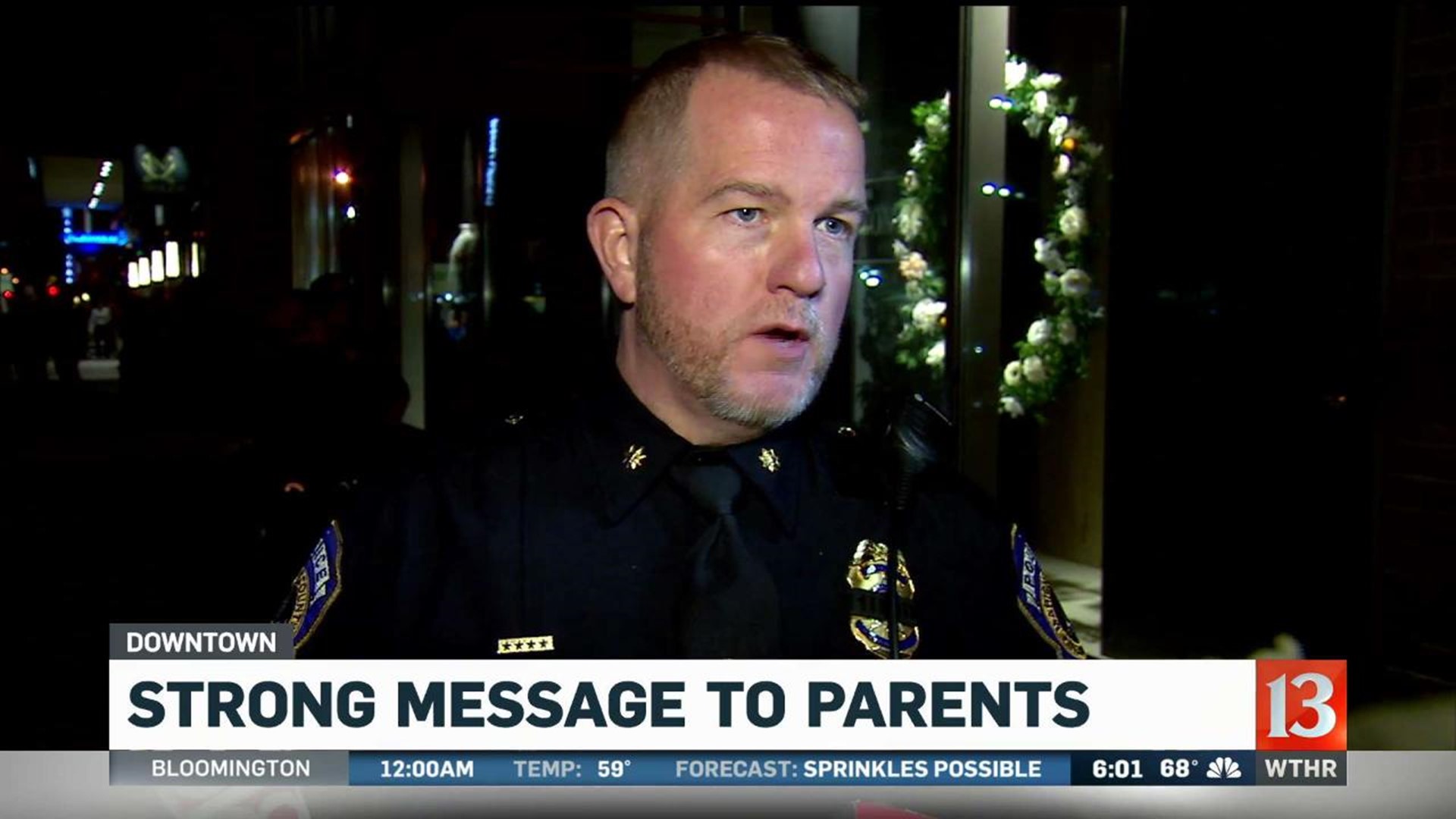 INDIANAPOLIS (WTHR) – Metro police are trying to find out where a 16-year-old involved in a shooting downtown got their hands on two guns.

The teen was arrested just blocks away from Monument Circle Friday night.

This started when officers found a 14-year-old shot in the hand around 8:30 p.m.

Police believe the boys were arguing with a group of adults somewhere near Maryland and South Meridian streets when the shooting happened.

IMPD is left wondering who was supposed to be watching out for them.

"So the question is where are the parents? That's exactly what I would want to know, why do you have your friends, cousins, brothers, whatever they are, running around downtown Indianapolis almost at 9 o'clock in the evening," said IMPD Major Harold Turner. "Don't get me wrong, Indianapolis is family friendly but that's the key word. Family, not 14-year-old friendly."

Police are still searching for a teenage person of interest.