IMPD Chief Bryan Roach has announced he's retiring at the end of the year. 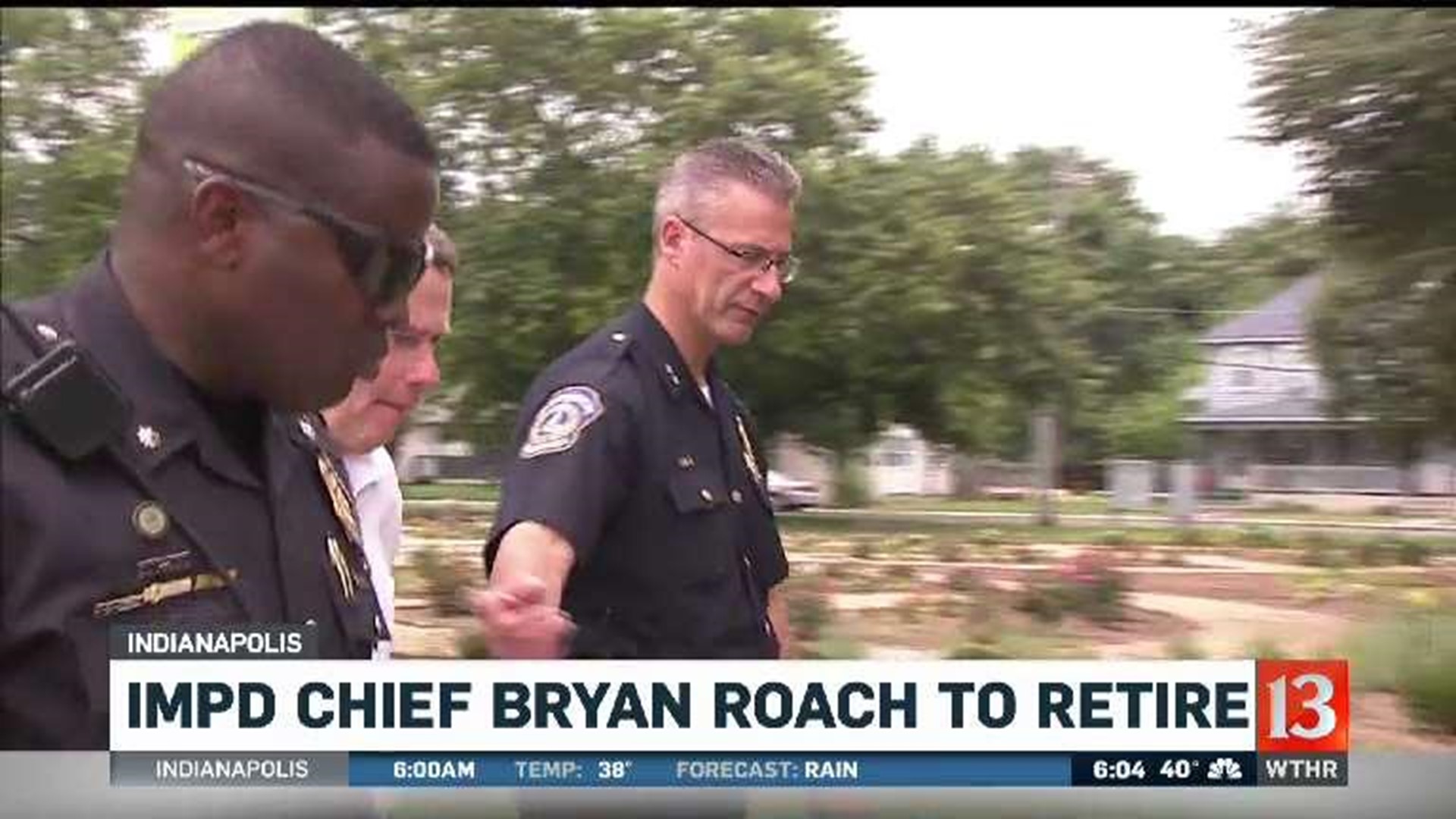 INDIANAPOLIS (WTHR) —Indianapolis Mayor Joe Hogsett has announced IMPD Chief Bryan Roach will retire at the end of the year.

Roach has served as Indianapolis' police chief since January 2017.

"Chief Roach has proven to be a deliberate and dedicated leader throughout his nearly three decades with the Indianapolis Metropolitan Police Department, driven to make our city safer for all residents by working collaboratively, addressing the root causes of crime, and leading his officers through a return to a community-focused policing model," Hogsett said in a statement.

Hogsett thanked Roach for his service and wished him well in his retirement.

During his tenure, Roach has set his focus on criminal justice reform and a community-focused, grassroots public safety strategy. IMPD returned to beat policing during while he was in charge. The department also created the Mobile Crisis Assistance Team that focused on treating individuals with mental health issues.

Roach has worked with IMPD for 28 years. He has previously been a patrol officer, detective, sergeant, supervisor, lieutenant, major and captain. Prior to being named chief, he was the assistant chief of administration and served on Hogsett's Criminal Justice Reform Task Force, where he worked to improve the criminal justice system.