IFD offers new health and wellness center to its firefighters

Firefighters around Indianapolis have a new place to get fixed up if they get hurt on the job. 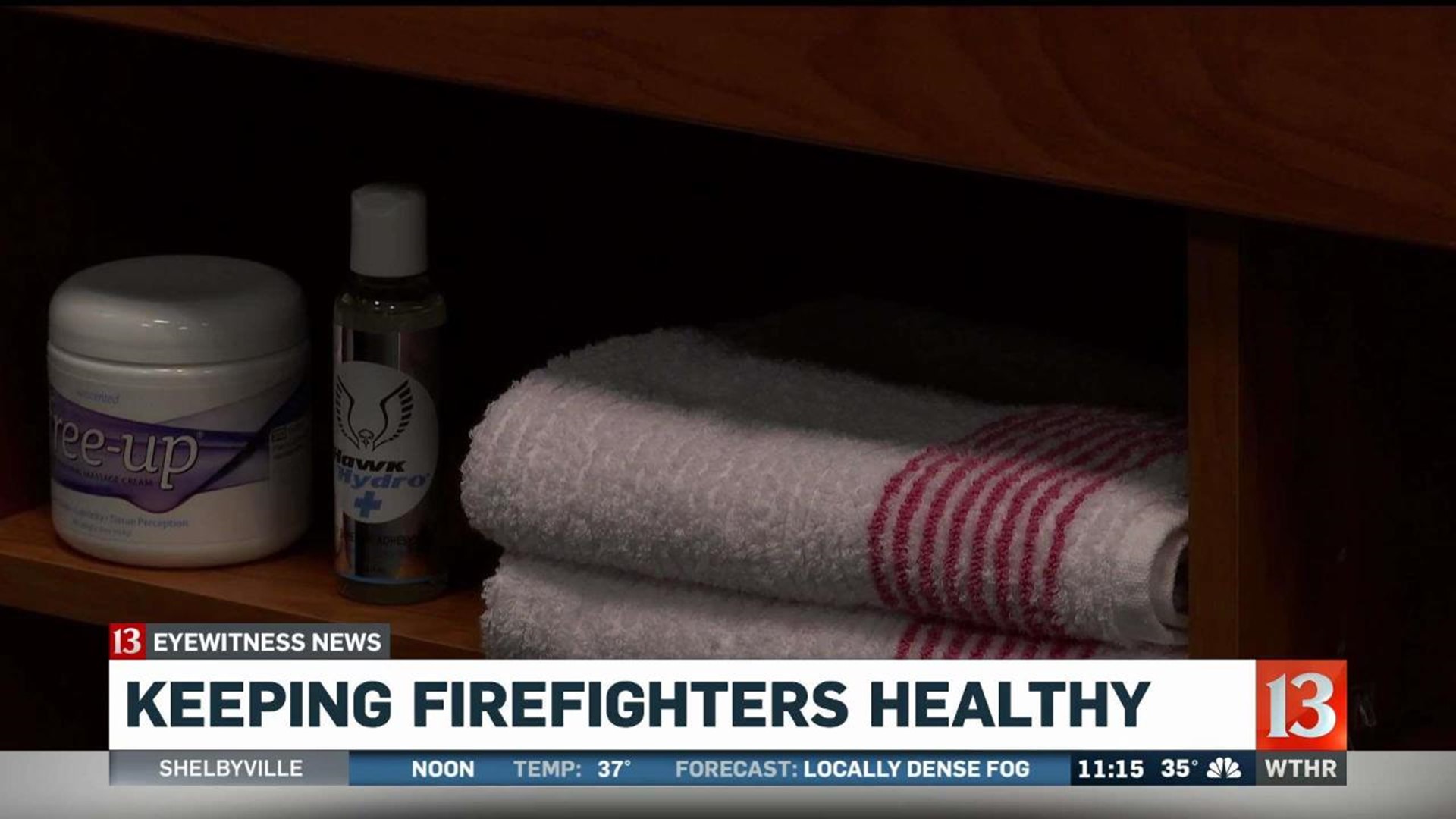 INDIANAPOLIS (WTHR) – Firefighters around Indianapolis have a new place to get fixed up if they get hurt on the job.

The temporary home of the IFD Health and Wellness Center is in the basement of the department's headquarters downtown.

The goal is to give firefighters the kinds of treatment athletes get.

Folks at @IFD_NEWS won’t need to go far for rehab anymore. New home for @ProTeamTactical is in IFD basement (until they have a permanent space on south side). Former #Colts QB Jim Sorgi + @Cardinals outfielder Joey Vandever put together the program. @WTHRcom pic.twitter.com/Enz4f13NcZ

"We're asked to wake up at 2 a.m. out of a dead sleep and perform and you don't get time to stretch and touch your toes and that kind of thing," said firefighter Ron Doughty. "You're asked to go do a job."

"We've got to have these people who run into buildings, into houses that are on fire, instead of like us who run away from it, in peak physical condition and as healthy as possible," said co-owner Jim Sorgi.

"With our partnership with them and the level of excitement, it's been pretty darn cool to see within the last couple of days," said co-owner Joey Vendever.

This is also expected to save hundreds of thousands of taxpayer dollars just from physical therapy sessions.

A permanent location is expected to open on the south side in 2019.