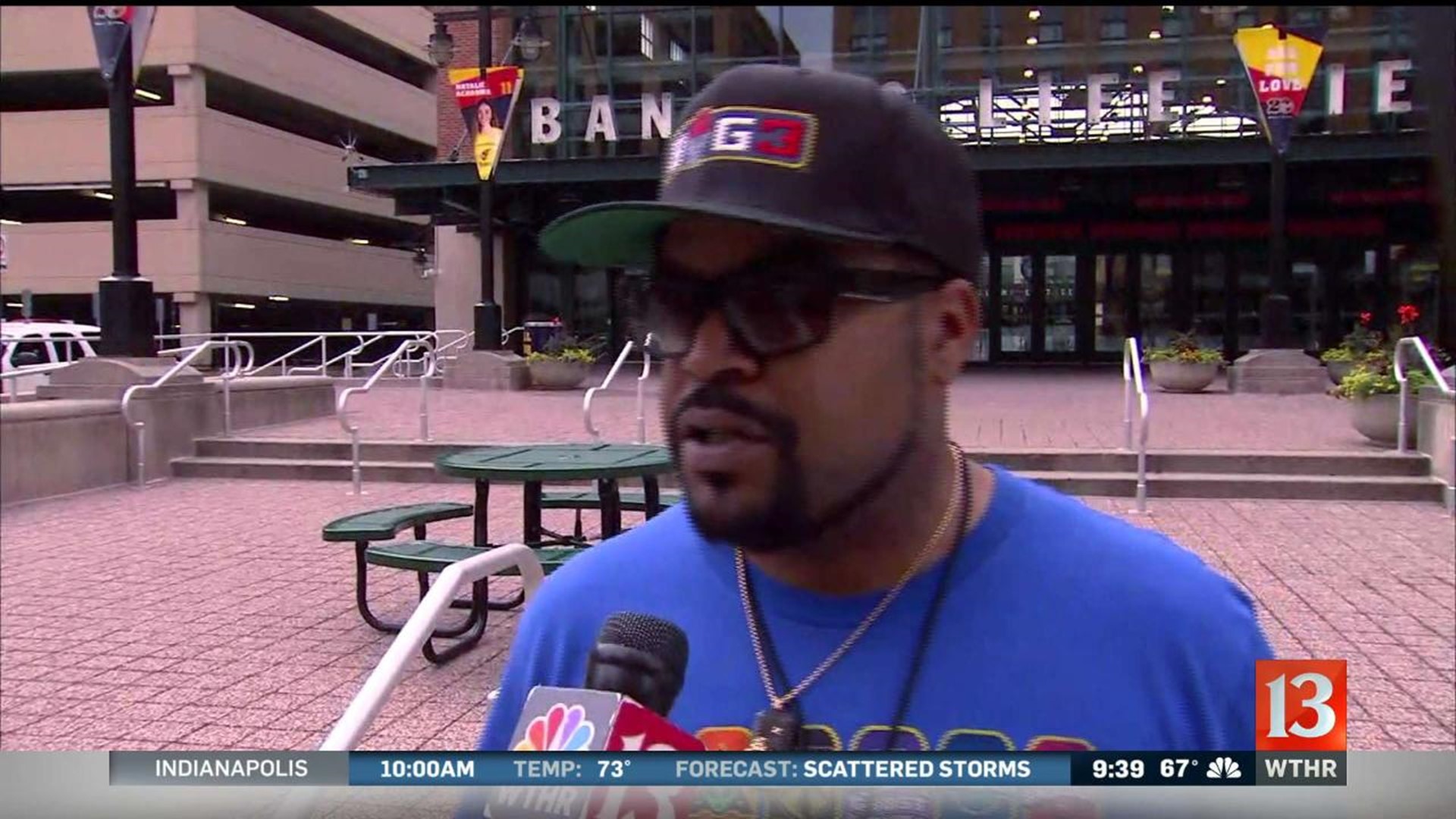 INDIANAPOLIS (WTHR) - You've probably heard his music or seen his movies, but did you know Ice Cube loves basketball?

He cites that love of the sport as the reason he created BIG3. It's a 3-on-3 basketball tournament for former professional players and it's coming to Indianapolis Sunday, June 23.

"You know, it's the Mecca, when you got a basketball league and you don't come to Indiana, what are you doing?" Ice Cube said Sunday morning before the event.

Bankers Life Fieldhouse is the second stop on the tournament tour. Former Pacers Jermaine O'Neal and Stephen Jackson are set to play.

"I got to go with Kobe and Shaq, you know, and let's put in Reggie Miller, we need a sharp shooter, you know, I mean we here in Indiana," Ice Cube says.

He us told us a few celebrities can hold their own on the court.

"Jaleel White, you know, if you all remember him as 'Urkel' he can play," Ice Cube says. "Kevin Hart can play! I mean, he's about, like, two feet tall, but he can shoot!"

The BIG3 Tournament tips off at 1 p.m. at Bankers Life Fieldhouse.