Interstate 65 has reopened about four hours after a crash closed the northbound lanes downtown Monday evening. 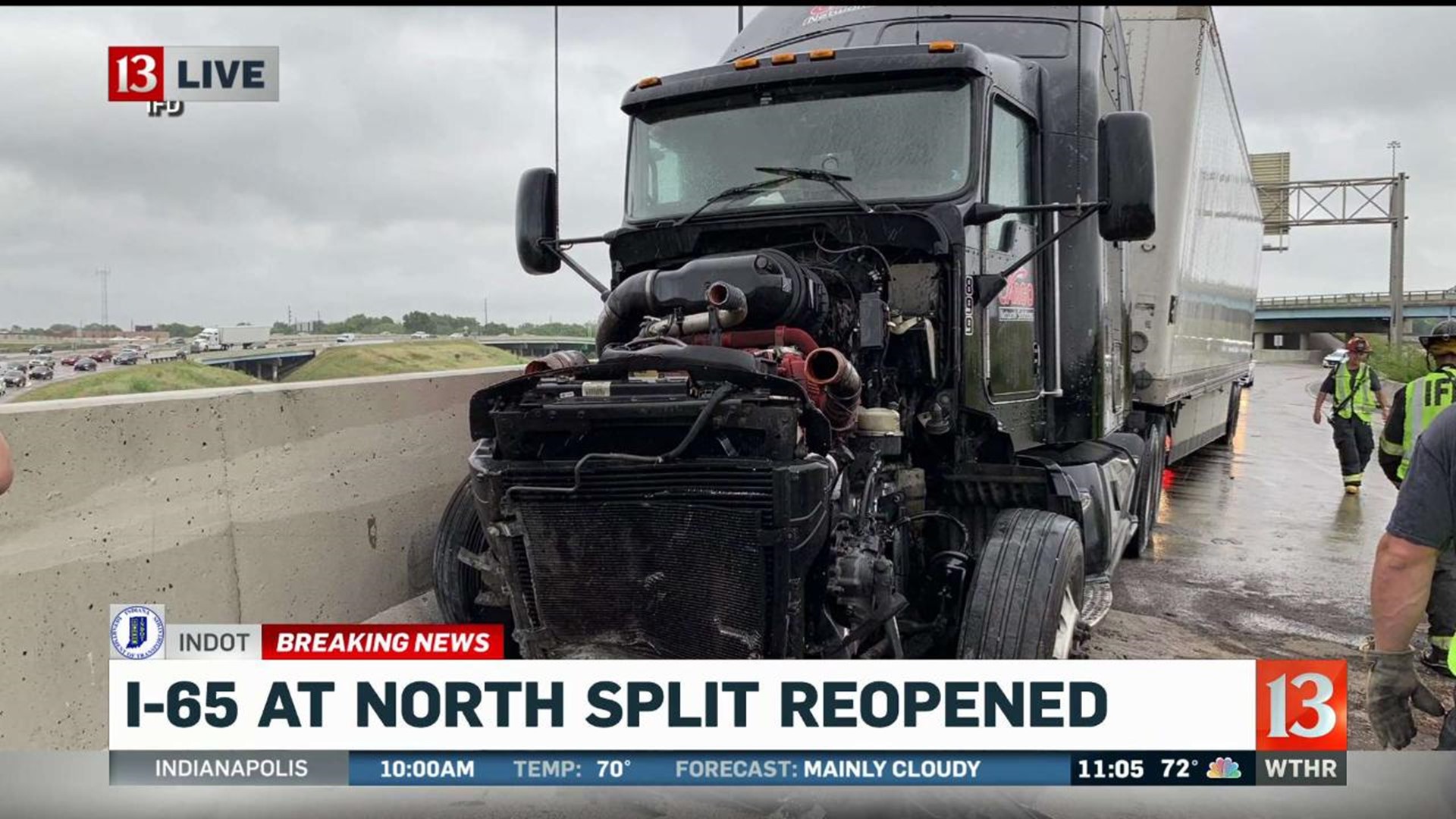 A semi crashed on the interstate ramp in the north split just before 6 p.m. The semi crashed into the outside barrier on the ramp, knocking a large chunk of concrete out of the wall.

5:20 PM - Crash under investigation after semi driver punches hole in barrier wall at I65 NB 112.4MM North of the North split. 50 yards from impact spot to where he stopped. Hood of the truck tossed onto shoulder of the highway under the overpass. No Injuries. @INDOT dispatched pic.twitter.com/KwGqo6CePS

The impact also sent the hood of the semi over the guardrail onto the shoulder of the highway under the overpass. The truck then continued 50 yards from the point of impact before stopping.

🚨ALL LANES CLOSED🚨 in the North Split on I-65 NB. Crews are cleaning up a crash involving a semi. @INDOTEast will be putting up guardrail on the bridge tonight. No word on when lanes will reopen. pic.twitter.com/epuFtwUnyx

Crews added a guardrail over the hole in the concrete barrier as part of the repairs.

The interstate reopened to northbound traffic shortly before 10:30 p.m. Monday.