Husband of missing Indiana native in court on murder charge 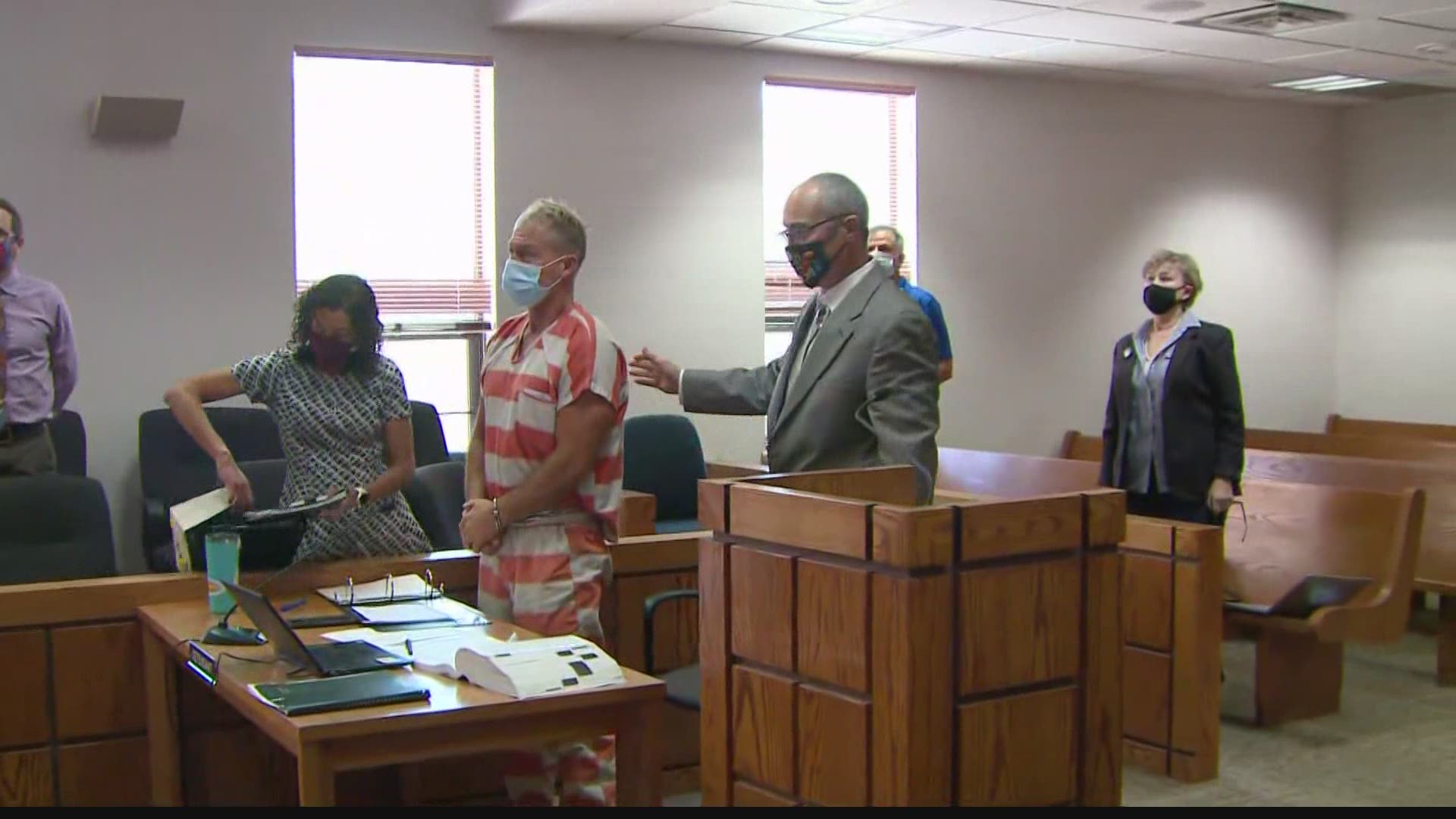 CHAFFEE COUNTY, Colo. — Wearing a jumpsuit and restraints on his wrists and ankles, Barry Morphew stood before a Colorado judge Thursday, accused of killing his 49-year-old wife.

Suzanne Morphew, a mother of two, left her Colorado home last Mother's Day for a bicycle ride and was never seen again.

Almost a year later, her husband, who has maintained his innocence, is facing a first degree murder charge.

District Attorney Linda Stanley held a news conference but wouldn't discuss evidence that led police to arrest Morphew or why she felt confident charging him.

"That's my job. I'm the one that considers how strong my case is before I bring charges, and I wouldn't bring charges unless I was confident,” Stanley told reporters.

Suzanne Morphew's disappearance gained worldwide attention. Her hometown of Alexandria, Indiana held a vigil last year and her brother talked to 13News before heading to Colorado last fall to search for her.

Suzanne's body hasn't been found but investigators believe she is dead.

Barry Morphew made an emotional video last year, pleading for his wife's return. He was silent in court Thursday, except when responding to the judge.

Morphew's two daughters were also in court. They appeared to cry at times, with one making a heart with her hands saying "I love you" to her dad as he left the courtroom.

Barry Morphew is also charged with tampering with physical evidence and attempting to influence a public official.