The cat was brought in last Friday and it was in need of immediate medical care. 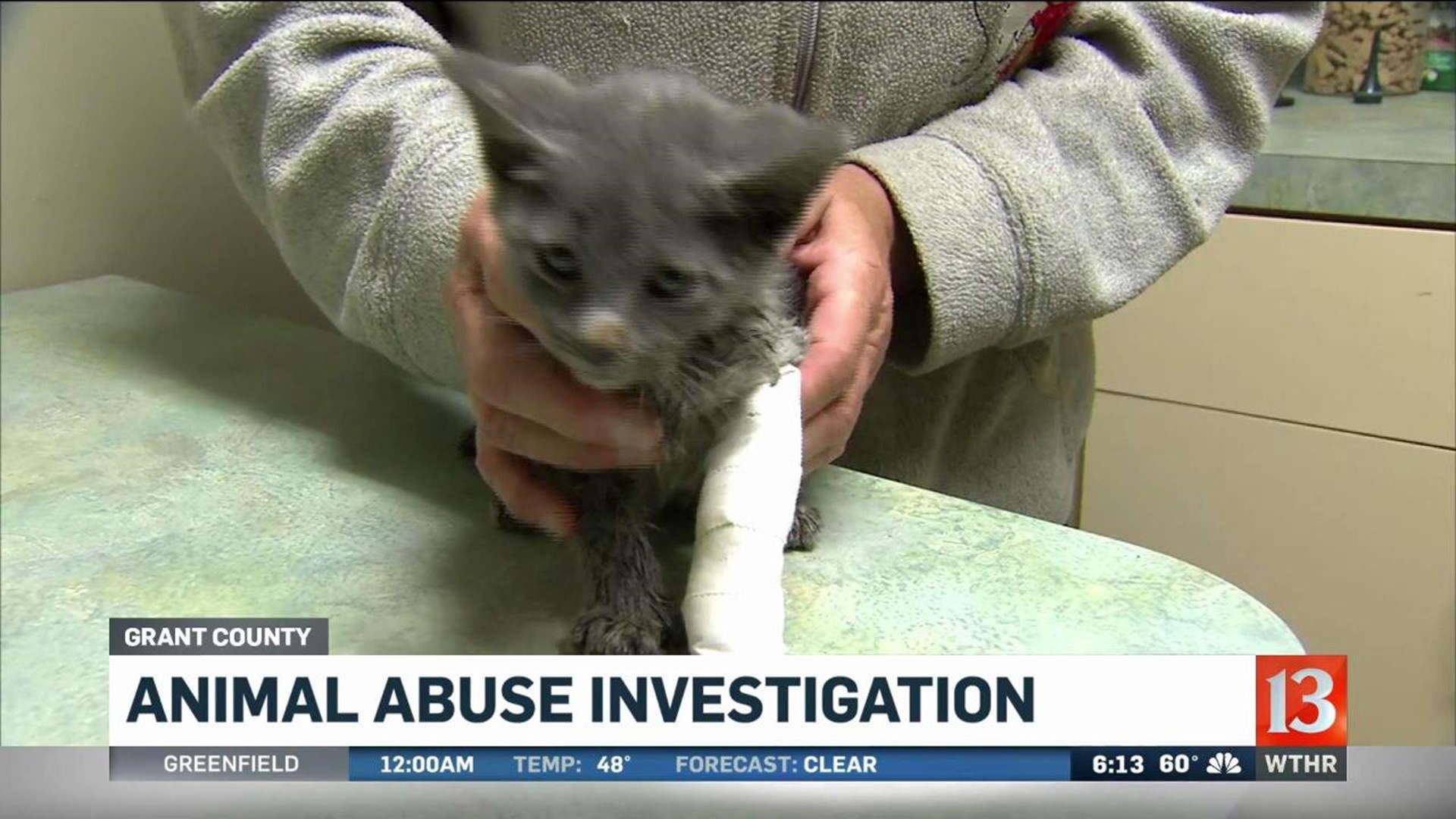 MARION, Ind. (WTHR) – A case of animal abuse in Grant County has a lot of people talking, asking who would hurt an 8-week-old kitten and why.

People in Marion are asking who did this to a kitten & why. @ 6 #wthr pic.twitter.com/JDhyqdC85o

The cat was brought in last Friday and it was in need of immediate medical care.

He doesn’t have a name, but he has several people rooting for him, including Debbie Kelly, who was at the animal hospital Monday to greet him after surgery.

"It's just sick. We see way too much of it. I don't understand how people can be so cruel," said Kelly, who oversees the cats at the shelter.

The kitten was found with yarn tied around his leg so tightly his paw looked like a clown's foot. It had suffered burns, and part of his tongue was missing.

“I'd like to be in the same room as the person who did this,” Kelly said. "I just wish he could talk and tell us what happened."

It’s a sentiment shared by others. When Kelly posted pictures on the Humane Society's Facebook page, dozens let loose. One said, “This is so heartbreaking. Justice needs to be served to whoever did this, prayers.”

Another read, “Makes me sad and mad. Poor baby, what is wrong with people?

“A cat didn't just get a string tied around its leg and it's lips burned off. Someone intentionally hurt this cat," said Marion-Grant County Humane Society president Brenda Volmer. She said they'll probably never know what happened.

The veterinarian was able to treat the cat’s leg and it didn't have to be amputated.

"He looks a lot better than he did Friday afternoon,” said Kelly. “That paw, you can't even tell how deformed and swollen it was," Kelly said, relieved but still angry.