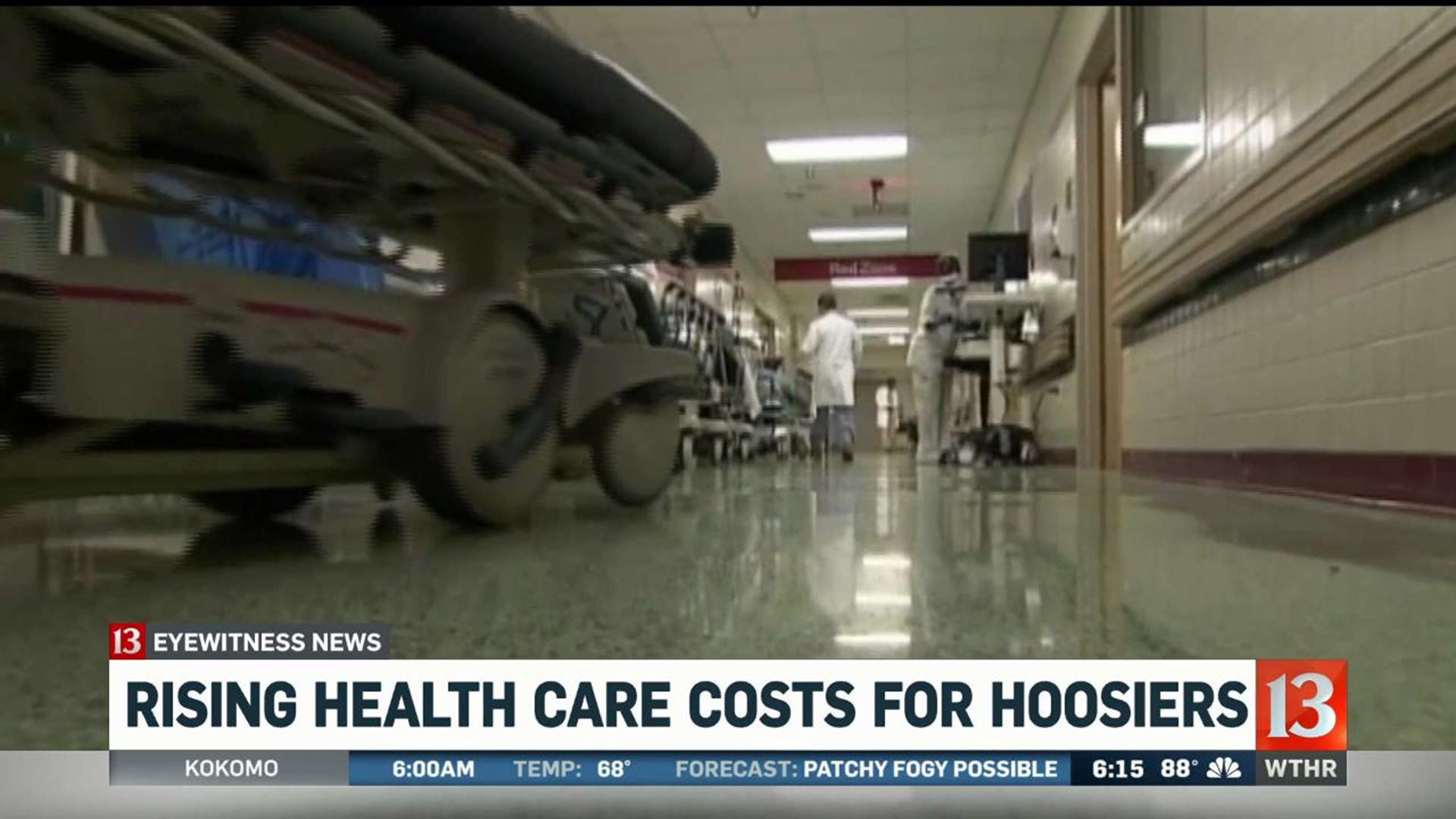 INDIANAPOLIS (WTHR) — Health care is getting very expensive for Hoosiers. You've probably felt the pain in your own budget.

He discovered a growing monopoly by not-for-profit hospitals is driving up prices.

Twenty years ago, Hoosiers were spending about $330 per person, per year below the national average for health care.

Hicks found we're now each spending about $800 a year above the national average.

Hicks said it is because more hospitals in Indiana are merging and there's just no competition in many communities, especially more rural communities.

Hicks said after the Affordable Care Act passed, Hoosier lawmakers were worried about its impact on the health care industry. So, they provided hospitals with tools to consolidate and prevent entrance from other for-profit competitors.

"But after a couple years, it turned out the Affordable Care Act or Obamacare wasn't as devastating to hospitals and they've now used those advantages to create monopolies," Hicks said. "These are classic monopolies from robber baron days that make it capable for them to raise prices, in some cases, four and a half times the Medicaid rate."

A practical example he shared, is happening for new moms in some communities.

"Having a baby, a normal child, a normal birth, can cost twice as much in a hospital where there's no competitors within an hour's drive as it would in Indianapolis where there are a lot of competing hospitals," Hicks explained. "So for the individual household, they're paying a deductible that's going to be more expensive but their insurance company and their business, if they're employer-based health insurance, are paying a lot more for those services."

Plus, although these are not-for-profit hospitals, the study found they're raking in big bucks.

"I was really shocked to see the magnitude of the profits the not-for-profit hospitals in Indiana have accrued," Hicks said.

Not-for-profit hospitals have accrued nearly $30 billion dollars in profit through 2017.

"That's about $12,000 per household in the state. These are non-profit hospitals. They should not have a meaningfully-measured profit. That's just evaporated. It's gone to Wall Street. It's no longer invested in Indiana," Hicks said.

In comparison, Hicks said that nearly $30 billion amount is 12 times more than what the entire state of Indiana has in its financial reserves in case of recession.

This study claims these hospital monopolies are also hurting our communities, by not contributing to schools, parks, police or fire departments through taxes despite those big profits.

"They don't pay tax on our property. They don't pay income tax. They're hospitals so they're not paying sales tax. So these people are locating in our communities paying no taxes, pricing a monopoly like a monopoly game board would be - taking that money out of the state. They're not returning it to investors. So it's not going to our retirement fund for the teachers association or local fire department. They're going right to Wall Street. So they're really doing nothing for us that a for-profit hospital would and so they need to be treated as a for-profit hospital," Hicks said.

Hicks believes, based on what he learned, that the state of Indiana needs to make sure health care firms are taxed like for-profit companies and can't keep out competitors.