On Saturday, crews were working to convert the Indy Fuel hockey rink to a basketball court. 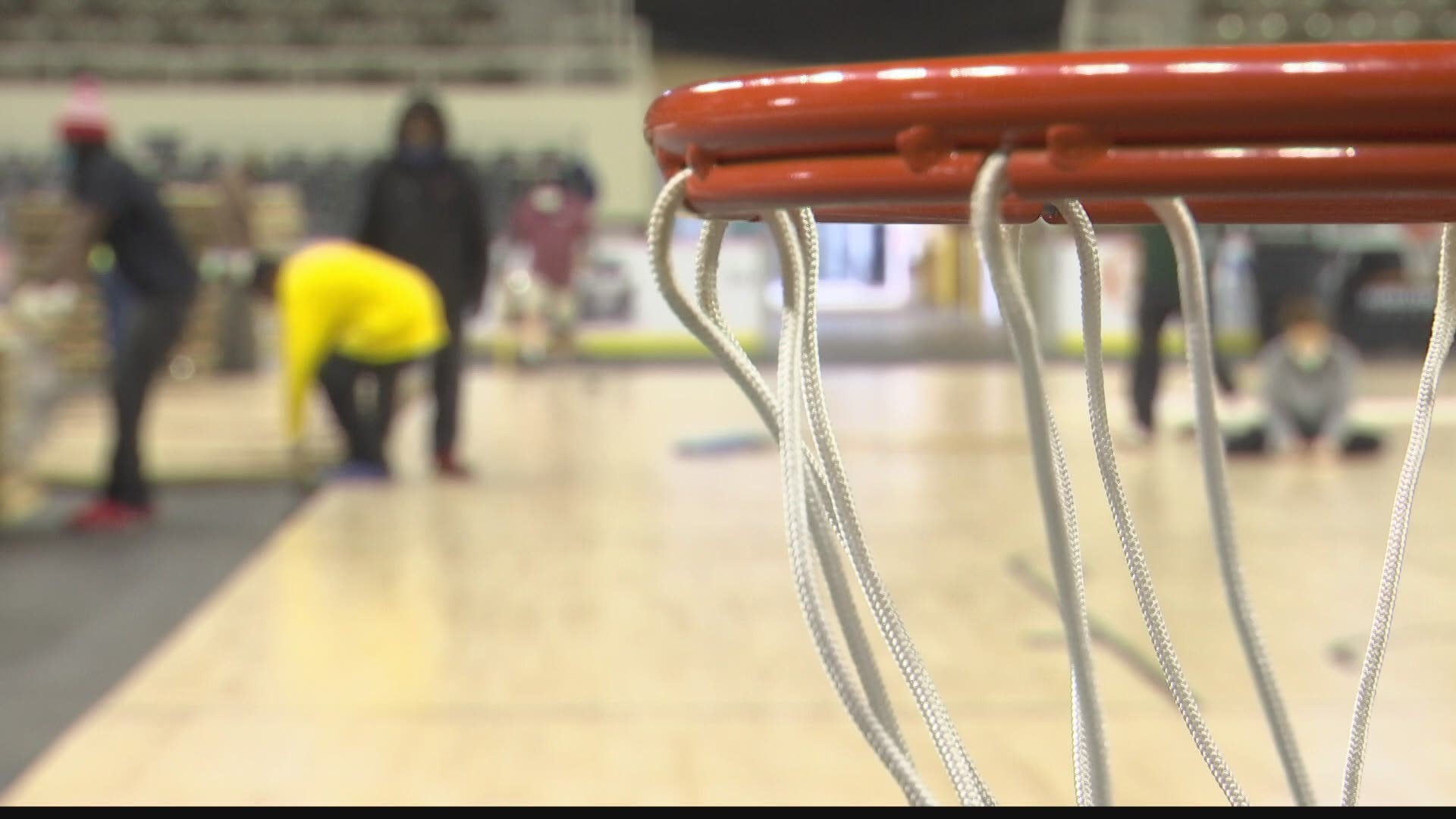 INDIANAPOLIS — There is a lot of attention in Indiana for NCAA and Big Ten basketball this month, but tournament basketball has already tipped off in Indiana.

Evansville hosted the Ohio Valley Tournament this weekend. And games start in Indianapolis on Monday.

The Horizon League will play their championship tournament at Indiana Farmer’s Coliseum.

On Saturday, crews were working to convert the basketball court from the hockey rink that was used for the Indy Fuel.

The Horizon League will hold both their men’s and women’s tournament with games on Monday and Tuesday. Teams started practices on Sunday

“I think that if anyone doubted that Indiana and Indianapolis is a basketball town, all that doubt has been wiped away. The fact that we are going to host nearly 100 college games this month speaks to all the different forces in this city and state coming together to do what we do best,” Lach said.

Watch the transformation from @IndyFuel hockey rink to #HLMBB & #HLWBB championship court and be sure to tune in to tomorrow's semifinal matches, starting at 11 a.m. ET! pic.twitter.com/9WET3ru59J

Last year, Horizon was able to play their tournament games before the world came to a halt due to the coronavirus. Lach said it’s been a challenging year getting to this point.

It’s been 100 years since the @IndianaFarmers Coliseum held its FIRST series of basketball games! The @IHSAA1 held its version of “Final Four” in the Coliseum from 1921-24. In 1921, Franklin HS defeated Anderson HS 35-22.📷@johnsoncomuseum #madeforthismoment #100yearsofbasketball pic.twitter.com/iFkZq741Jg

“I’m not ready to celebrate yet, I applaud the good work of our coaches and student athletes, but we still have 6 games to play. It feels good,” Lach said.

Games will air on ESPN networks, but the league has decided not to allow fans during the tournament.