If you have a bicycle you would like to donate, you can drop it off at the St. Alphonsus Liguori Church in Zionsville this Saturday and Sunday 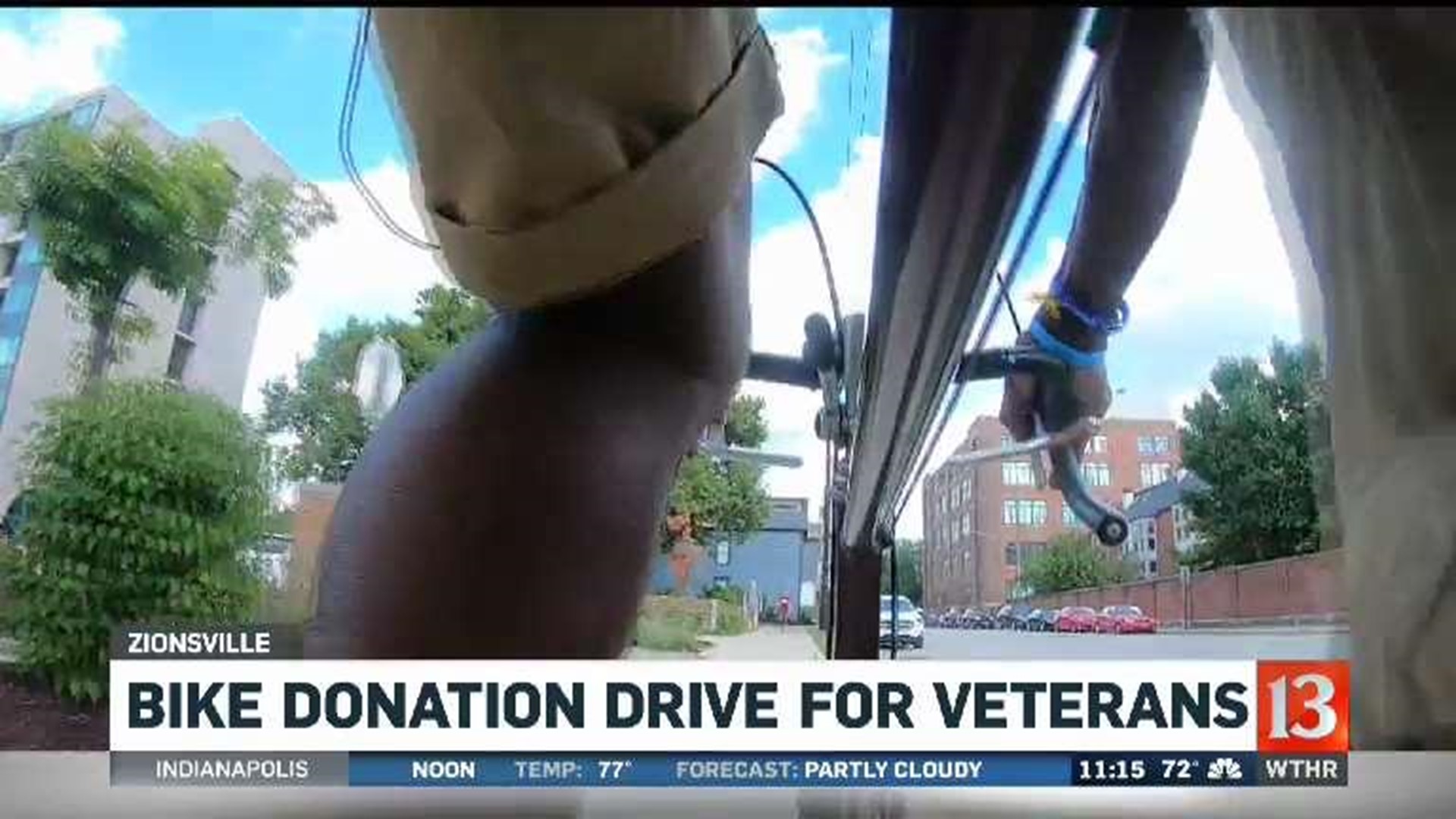 INDIANAPOLIS (WTHR) - Along the streets of Indianapolis, you're likely to happen upon James McBride and his bike

"I easily put about 30 miles on in a day," McBride said. His bike even has a name.

The ride hasn't always been an easy one. Nine years ago, the Vietnam veteran was homeless and struggled with heroin addiction.

Instead, the 65 year old found hope through Saint Vincent de Paul Society's Hope Bike Ministry. The organization that serves the city's struggling and homeless with food and clothing also collects bikes, repairs them and gives them to the homeless.

Nine years ago, Mc Bride got one of those bikes. It has helped put him on a different path ever since.

"Most of these bikes are used for people to get to work, get to the VA hospital, get to their doctor's appointments," said Bob Wahlstrom of the Zionsville Knights of Columbus.

When the organization heard about the program four years ago, they wanted to help. Now, every August, they run a bike drive.

"It's just been something that's grown and grown and people come from all over," said Wahlstrom, a longtime K of C member.

So far, the Knights of Columbus have collected 60 bikes. They'd like to get at least 100 to donate to the Hope Bike Ministry by next week.

"We found out there's a backlog of 125 bikes in need of bikes, so it's a wonderful project," said Wahlstrom.

"I've used it as a good stepping stone for me to get me to and from wherever I need to go," said McBride.

One of the places he goes is right back to Saint Vincent de Paul, where he now volunteers, helping others who struggle like he once did.

"I ain't no saint, but I'm striving to get to where I'm supposed to be," he said. Most days, that's riding The Brown Ghost wherever it takes him.

"I'm not looking back no more. I'm going forward on this bike," McBride said.

If you have a bicycle you would like to donate, you can drop it off at the St. Alphonsus Liguori Church in Zionsville this Saturday and Sunday from noon to 5 p.m.

Some days I get to do stories I hope will make a difference. Those are really good days. Talked to Vietnam Vet James McBride today about what it was like to be homeless and addicted to heroine & how a bike from St Vincent de Paul got him on a path to recovery. pic.twitter.com/e1FcHaE63b