Hoosiers dodge Dorian as Red Cross gets ready to help 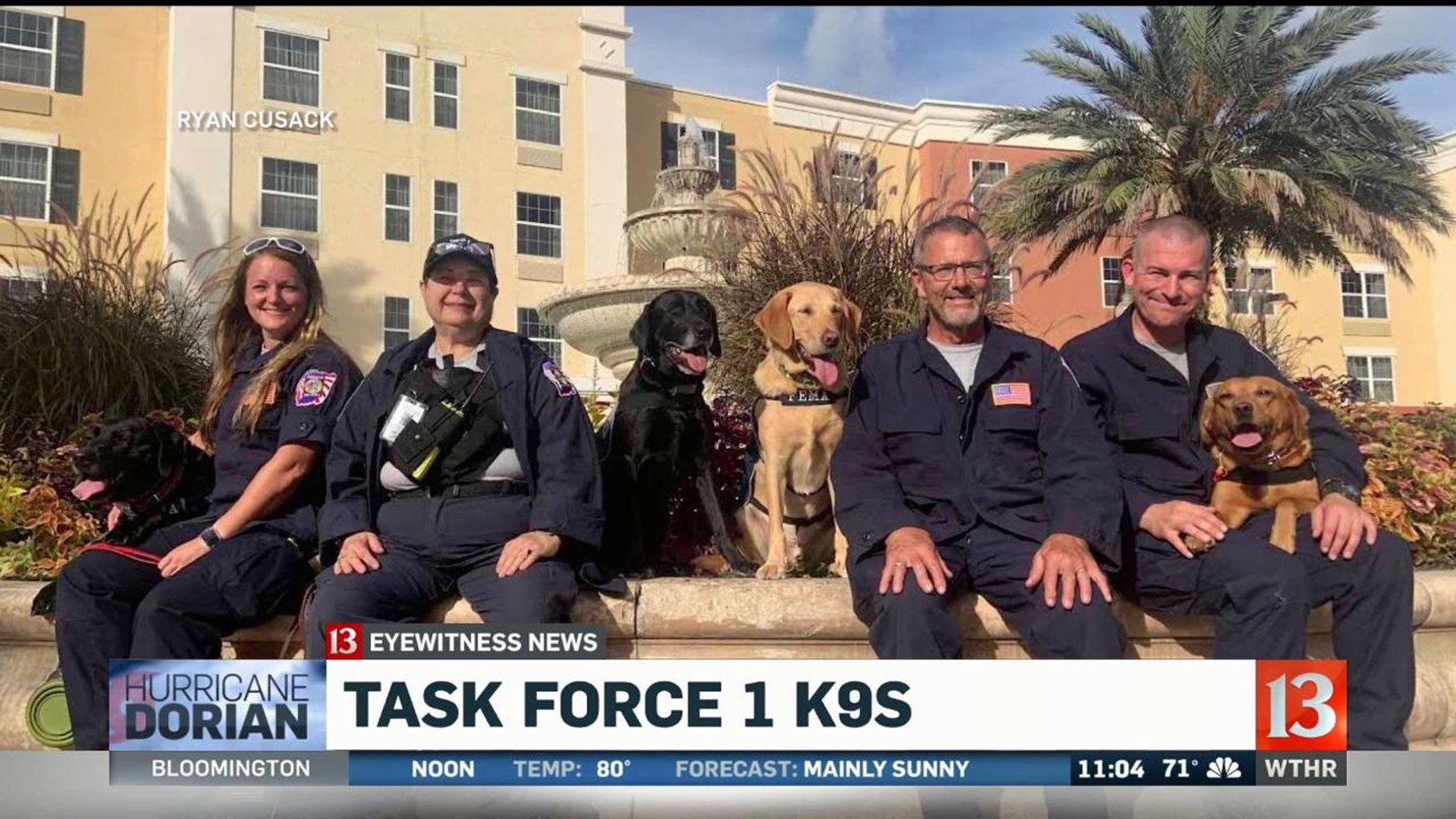 INDIANAPOLIS (WTHR) – Eleven Indiana volunteers from the Red Cross are heading down south to help with recovery following Hurricane Dorian.

That includes a husband and wife team leaving from Indianapolis Monday.

Saturday, Deb and Jesse McDaniel were loading up their emergency response vehicle with supplies before they head off to Montgomery.

They'll be staying there but will be ready to move depending on where help is needed.

Deb and Jesse, a dynamic couple for the #RedCross, prepares one of our Emergency Response Vehicles ahead of #HurricaneDorian. They will be heading to Montgomery, Alabama to help stage the vehicle, as they await instructions for what'll occur with this storm. pic.twitter.com/ONmQkGSybt

“We've kind of rallied a lot of the Red Cross volunteers and staff and resources and have pre-positioned over the past 24 to 48 hours and as the need intensifies as far as the need with hurricane Dorian we can mobilize in a matter of minutes,” said Duchess Adjei, spokesperson for the Red Cross of Indiana.

Deb and Jesse will be gone for about two weeks. But as they are headed down south, several Hoosiers are trying to escape the storm's path in Florida.

“Yeah, there was no way. I was like I can’t stay here for this,” said Katy Hernandez, who changed her flight to get out of Miami Saturday.

Some travelers were trying to get out of the area to avoid cancellations later. The Influx of fliers but a strain even on people who were nowhere near Florida.

“I got a ping on my phone at like 2 o'clock this morning saying my flight had been canceled,” said Jennifer Snoddy, who flew from Dallas into Indy. “They canceled a good chunk of flights because of the impact it was going to have.”