They told 13News they don’t know how things will play out, but that the responsibility isn’t just on elected leaders. 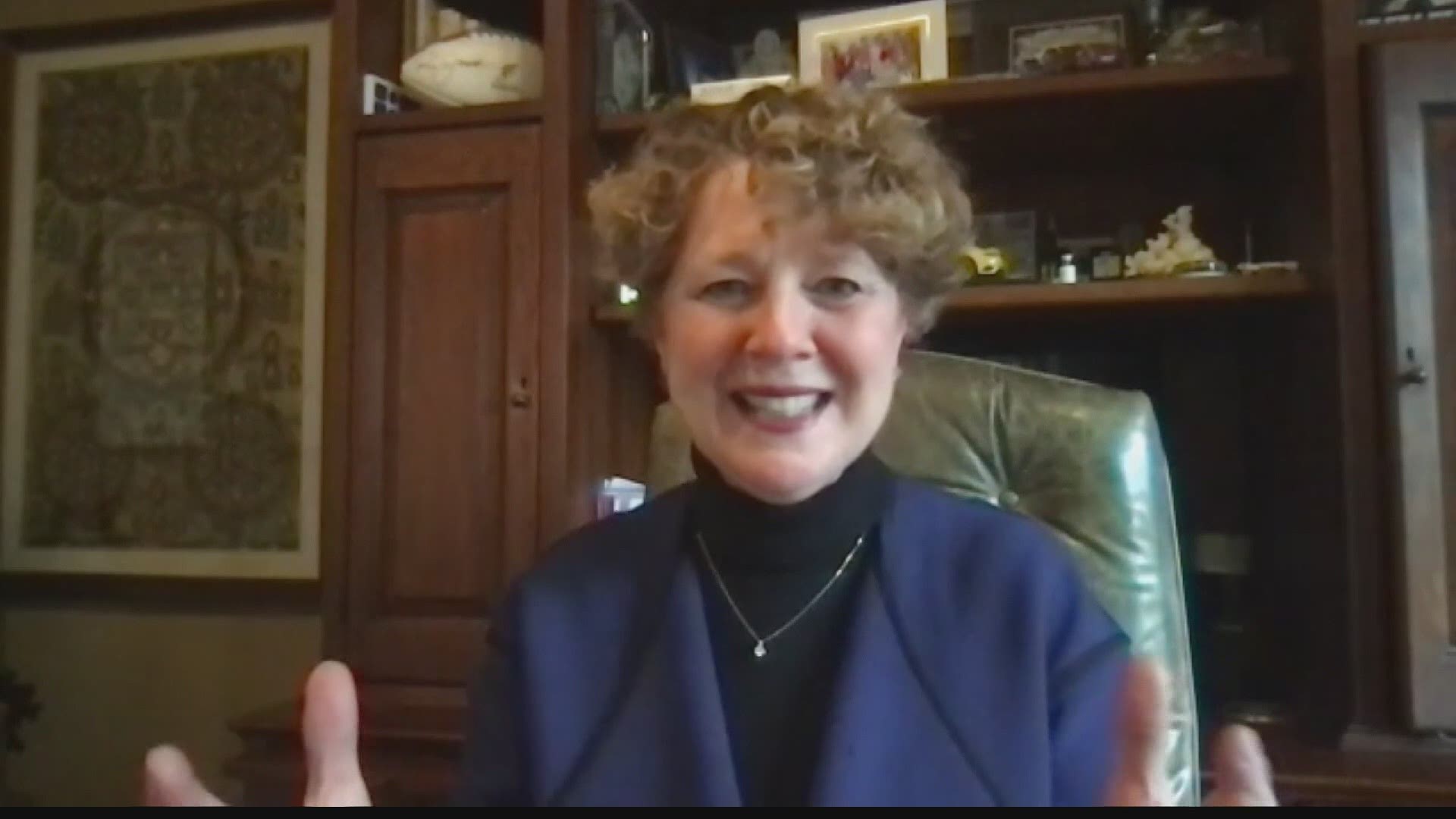 On January 6, we all watched in shock. But the raid on the Capitol building didn’t happen in just a day, or even since this past election.

It was a show of just how fractured our country has become over a period of years. And it begs the question: Where do we go from here?

We asked three Hoosiers who have worked in federal government.

“The polarization in the country has increased to really kind of a breaking point,” said Brooks, a Republican. “It can’t be just two different sides yelling at each other.”

Joe Donnelly was a Democratic senator from 2013 until 2019. Before that, he spent 6 years in the House of Representatives.

John Pistole worked for the FBI for 27 years, rising to the position of deputy director. He was then appointed to serve as administrator of the Transportation Safety Administration in 2010. He’s now the president of Anderson University.

“I think we really need to have a reckoning with who are we as a country and who do we want to be,” said Pistole. “I think we are at an inflection point in our history here.”

Credit: AP
Supporters of President Donald Trump walk down the stairs outside the Senate Chamber as violence erupted at the Capitol after demonstrators breached the security and stormed the U.S. Capitol, Wednesday, Jan. 6, 2021 in Washington. (AP Photo/Manuel Balce Ceneta)

The three represent left, right and center, but their concern for the future of our country is the same.

“This is our country, our nation and all we have is each other. And we have to figure this out together,” said Donnelly.

“We have a choice here," Pistole said. "We either need to come together as a country, which will truly ‘make America great’ or we can remain politically isolated or ideologically focused for our own interests, and that’s not good for the greater good."

They don’t know how this will play out, but the responsibility isn’t just on elected leaders. It's on all of us.