Hoosier comedian with disability gets '4,104 yesses' on 'America's Got Talent'

Indiana's own "Cripple Threat of Comedy" impressed all four judges on "America's Got Talent" Tuesday. 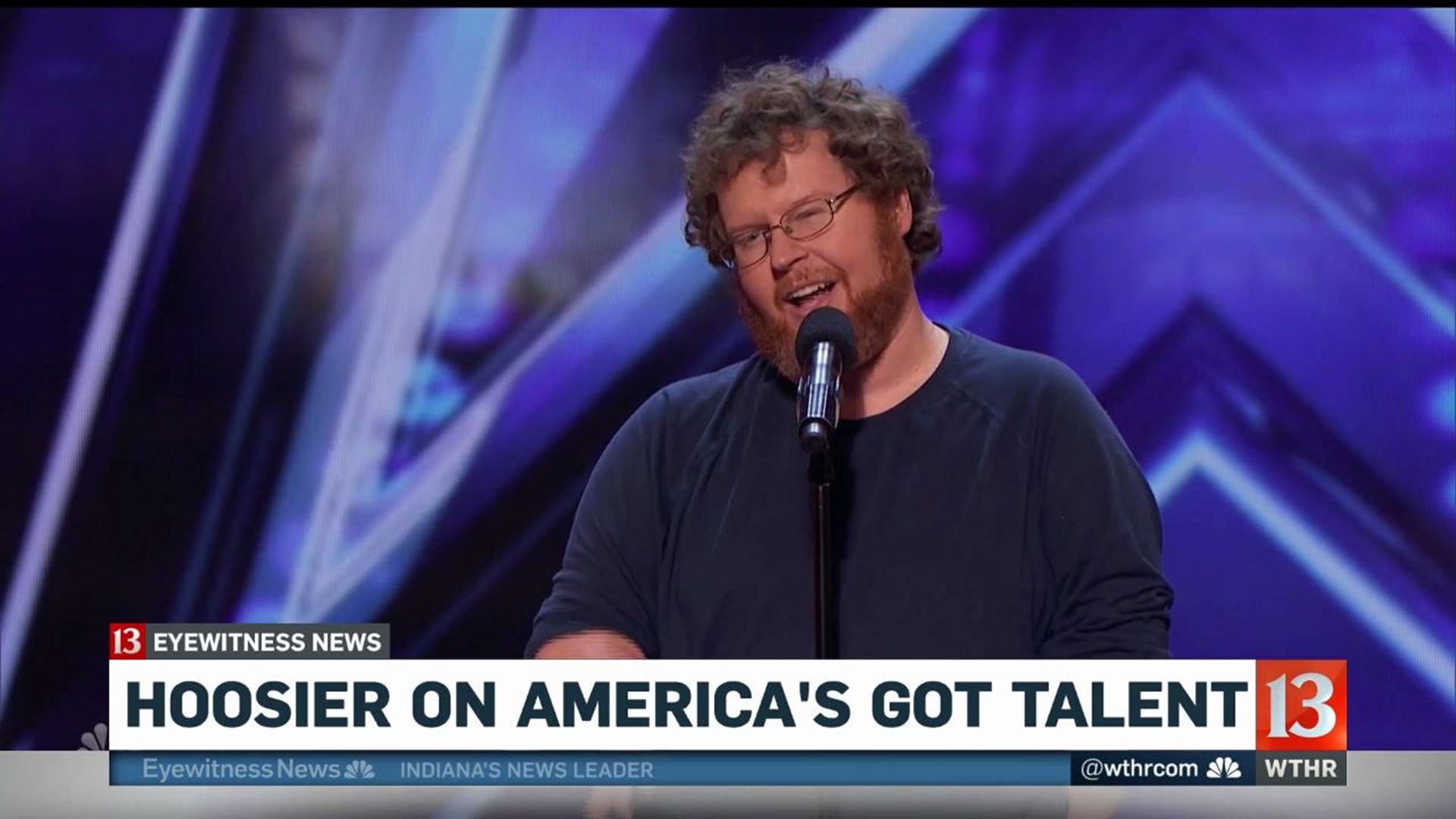 Ryan Niemiller is a comedian who gave himself the nickname as an ode to a disability he's had in both arms since birth.

Niemiller was born in DeMotte, Indiana and currently lives in Indianapolis.

He has never let his birth defect stop him from going after his dreams, and he did just that as America watched his act in front of judges Howie Mandel, Simon Cowell, Gabrielle Union and Julianne Hough.

His audition received rave reviews from all four judges on Tuesday's show, leading Cowell to say the comedian also got "yes" votes from each of the 4,100 people in the audience.

HILARIOUS. You are brilliant. You are a star. There isn't a room that you shouldn't be able to play in. @CrippleThreat8 #AGT pic.twitter.com/PgG4mfC7QK

You are awesome. You are funny. You are the real deal.

I wanna be your roadie with @itsgabrielleu! Congrats, @CrippleThreat8! #AGT pic.twitter.com/iyS3LugYCD

Dude. @CrippleThreat8 your jokes and your delivery and YOUR ATTITUDE are incredible!!!! I am happy you came to @AGT brother! pic.twitter.com/3SYaoVHQ3I

Niemiller frequently performs in the Indianapolis area. To keep up with him and see upcoming shows, follow him on Facebook.

This is overwhelming. I love you all. Thanks for making an old trailer park kid with a disability feel amazing. #AGT

Watch "America's Got Talent" Tuesdays at 8 p.m. only on Channel 13.