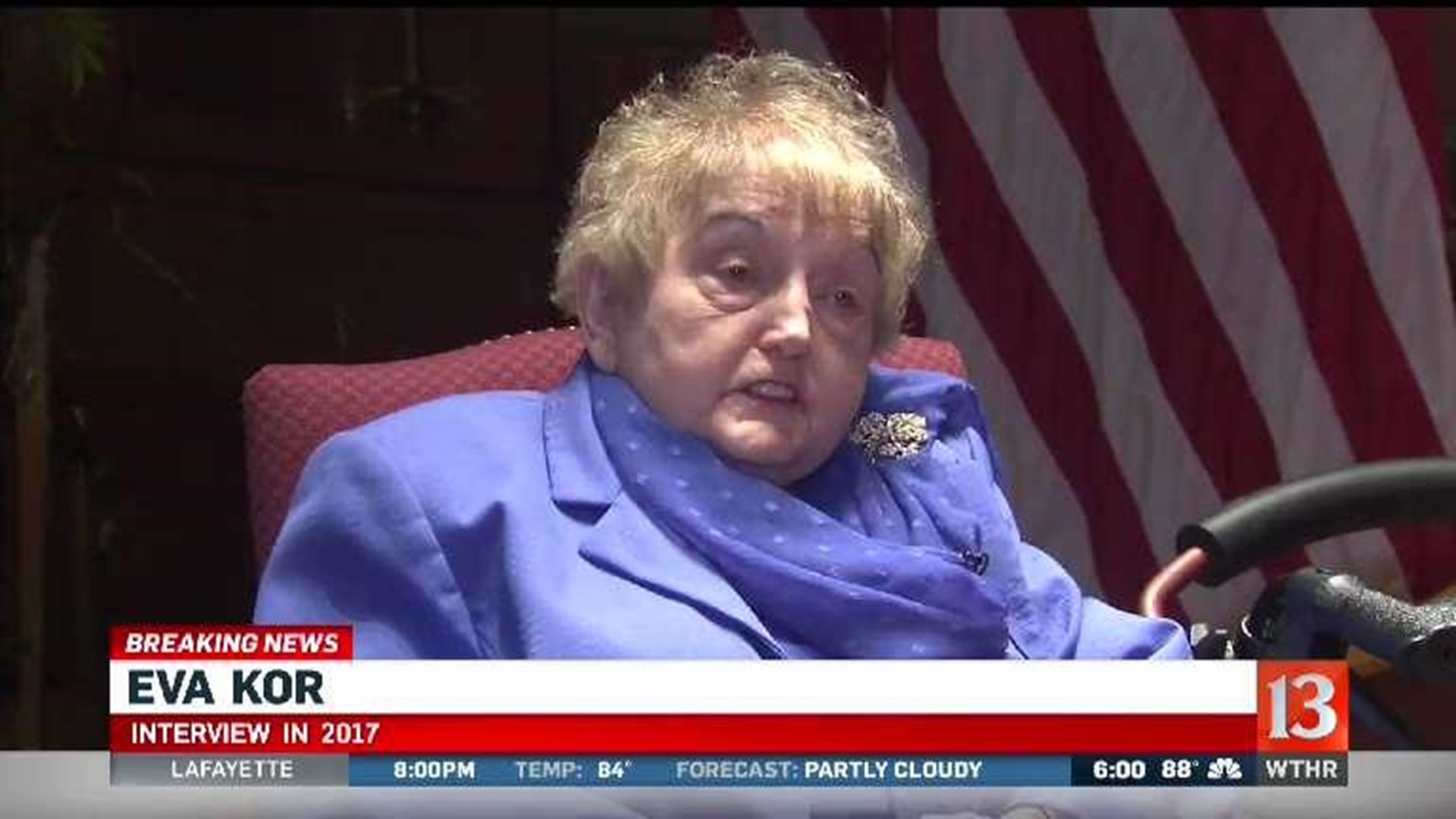 Kor was in Poland on a trip to a former Auschwitz concentration camp where she talked about her child experiences.

According to those close to her, Kor had been suffering from an upper respiratory infection. She passed quickly and peacefully in her hotel on Thursday morning. Her son was by her side.

Kor was the founder of CANDLES Holocaust Museum and Education Center. She survived the Holocaust at age 10. She and her sister, Miriam, were sole survivors of her immediate family.

After marrying another survivor, she moved from Tel Aviv, Israel, to Terre Haute, Indiana where she learned English, raised two children and worked in real estate for 34 years.

“The world just lost a giant with Eva Kor’s passing. Janet and I loved and adored her. Everywhere she went, Eva brought light into darkness and provided comfort to those in pain unlike anyone we’ve ever met. From her against all odds survival as a young girl in Auschwitz to her peace spreading message based from home in Terre Haute, Indiana, her relentless and optimistic example inspired the world. Her angelic spirit will live on in the countless souls she saved from ongoing confusion and torment. Janet and I are reminded just how blessed we are to have her as a friend. We will miss her laughter, her wisdom and her passion. We call on every Hoosier to look above on this Independence Day and say a prayer for Eva and the family and nation she leaves behind.”

The Auschwitz Memorial also posted about the activist's passing:

Only five days ago we recorded a testimony of Eva Kor, an Auschwitz survivor, for @AuschwitzMuseum Archive. Today came a news about her passing away.

It more than just 'a breaking news'. It is a devastating one as one more survivor stopped sharing the story. https://t.co/ehGf2Gj27Q