The governor signed an executive order Thursday morning to pardon Keith Cooper for his 1997 felony robbery conviction in Elkhart County. 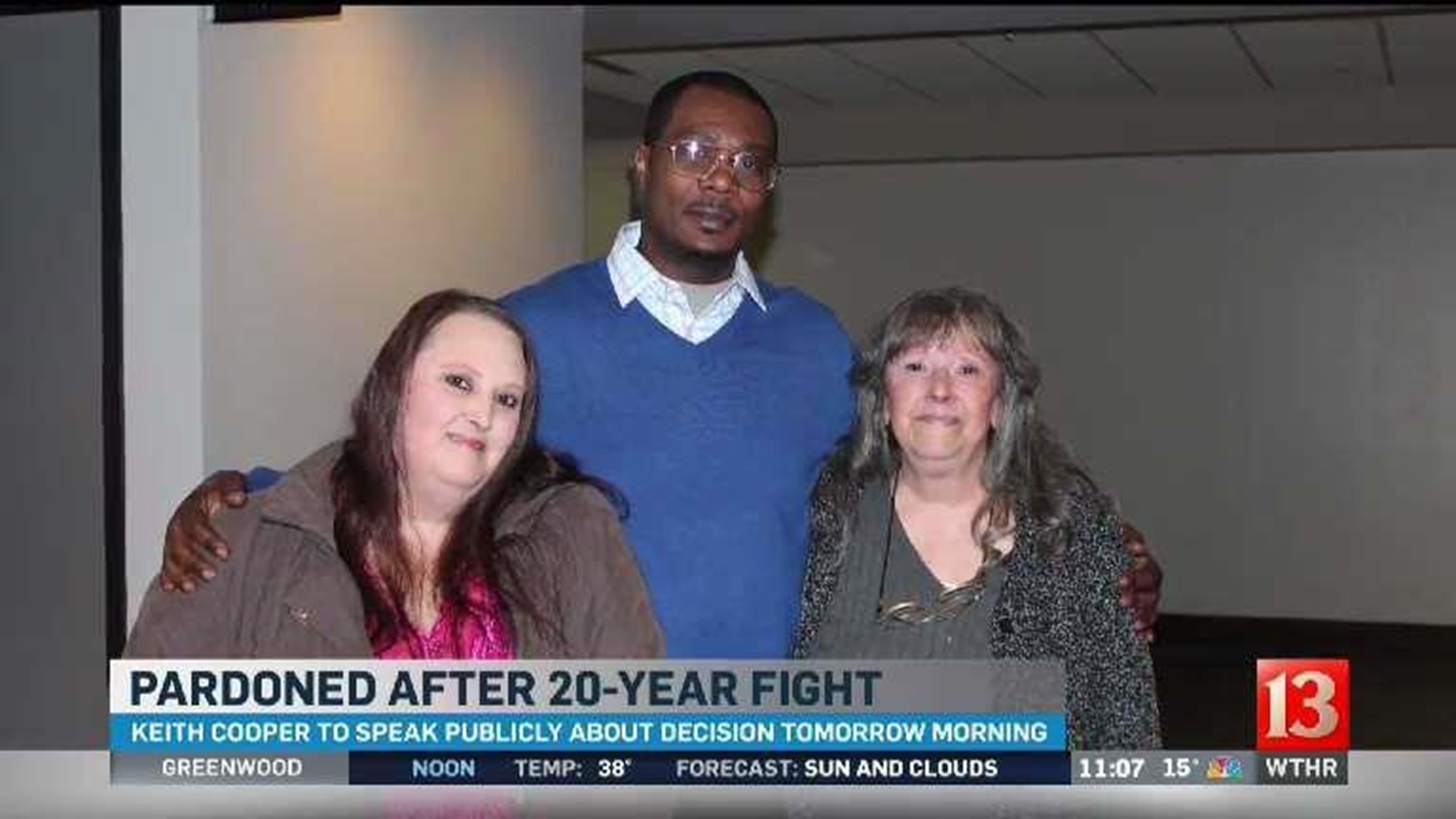 Keith Cooper has maintained his innocence for years but no one would listen, until the evidence became so overwhelming it turned the tide.

Witnesses recanted, the deputy prosecutor and judge both said they would support a pardon and Thursday Governor Eric Holcomb agreed.

Keith Cooper has stated his case for years. Ever since his 1997 armed robbery conviction, he has told his story in numerous parole hearings. It never seemed as though anyone was listening until Thursday.

"Just earlier today I issued a pardon to Mr Keith Cooper," Governor Holcomb revealed during the first news conference of his new administration.

It was a day Cooper no doubt wondered would ever come. Eyewitnesses recanted their testimony and prosecuting attorney and presiding judge said they would have no problem with a pardon but it still took twenty years to clear his name.

Governor Pence would not do it, but Governor Holcomb did.

"DNA evidence does not point Mr. Cooper. And lastly the Indiana parole board in 2014 recommended a pardon be issued. It is for all of these reasons and personally believing Mr. Cooper has waited long and doesn't need any more uncertainty that I issued this pardon this morning for the robbery conviction only. Not the battery conviction," the Governor added.

A news conference has been scheduled for Friday in Chicago.