About one-third of the businesses in downtown Nashville are about to be auctioned off. 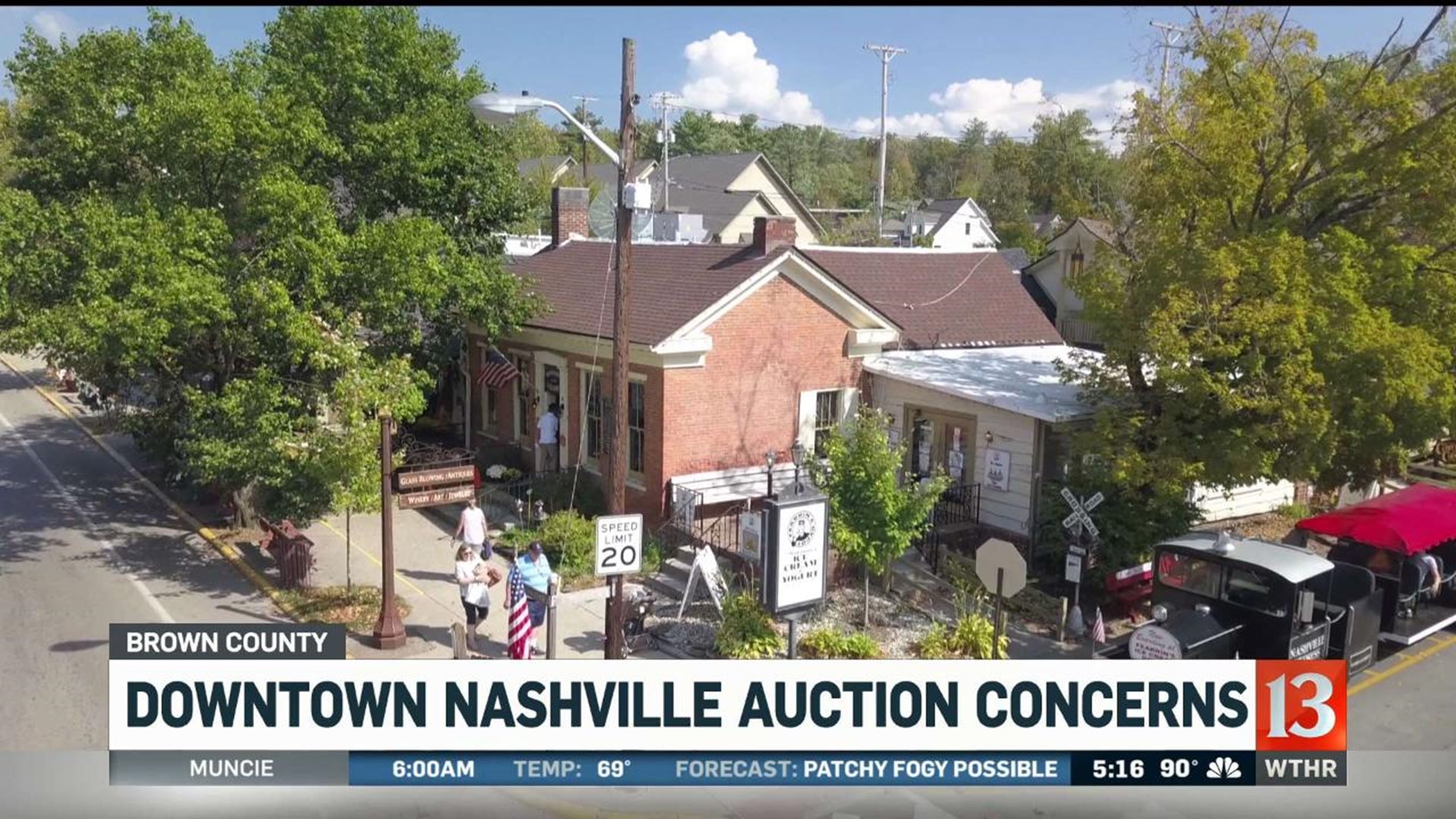 NASHVILLE, Ind. (WTHR) - About one-third of the businesses in downtown Nashville are about to be auctioned off.

The Andy Rogers Estate auction is set for October 30 and some are worried what this will mean for the town, known for its history and artisans who rent many of those businesses that will be sold.

The craftsmen of Nashville who share its character and history as an art colony are now concerned about its future.

John Lawrence, a glassblower at Quintessence Gallery, has been in the same spot for 44 years.

"Anything can happen. We've got all kinds of concern for our town," Lawrence said. "I am hoping that the integrity of the town will remain."

One-third of the buildings in Nashville's commercial district are going on the auction block October 30.

The 16 properties, many of which include multiple shops, are right in the heart of this tourist destination.

They include the spot where Lawrence has been a tenant for decades.

All of the buildings up for bid belonged to Andy Rogers, a fixture in Nashville who died last year.

His family decided to sell his remaining properties, except for the Nashville House restaurant, which they plan to keep.

"We used to call it Andy Rogers' neighborhood as a joke because he owned so much of the property," said Jane Gore, Nashville Town Council President.

The fear for those properties now is that a new owner could decide to demolish and build anew, causing the charm this town's known for to go away.

"Certainly are concerned about buildings coming down," said David Martin, a member of the Peaceful Valley Heritage group, which has pushed for historic preservation in Nashville. "Charm is something that's hard to define and hard to create but we have it now."

"That's my worst fear that it'll change the whole overall outlook of the community," Gore added.

But protecting these buildings could be a challenge. Surprisingly, the town of Nashville doesn't have a historic preservation ordinance. So last week, they created new rules to make it tougher to tear down historic structures.

"We have something that has a little more strength to it," Martin said. "I think we're better off than we were a month ago."

"We just want to be protected," Gore said. "We want to maintain integrity and historic value."

The council is in the process of expanding its demolition ordinance.

They passed changes last week 5-0 so that before someone could knock down a building over 50-years-old, they'd have to go through a review.

P​ermit costs and fines are being increased, too.

The rules still have to go to a public hearing with the Area Plan Commission, then the Council could give final approval.

The stronger ordinance is meant to encourage owners after the auction to keep the legacy of this place and protect what's made Nashville so special.

Lawrence plans to be at the auction.
He's staying optimistic that buyers will help, not hurt the town.

"We're hoping for the best, yeah," Lawrence said. "I'm hoping that whoever buys this location and others has empathy for the craftsmen and artists who made this town what it is today."

Click here for auction details and buildings up for bid.