The house should be ready this fall to host business retreats, board meetings and special events. 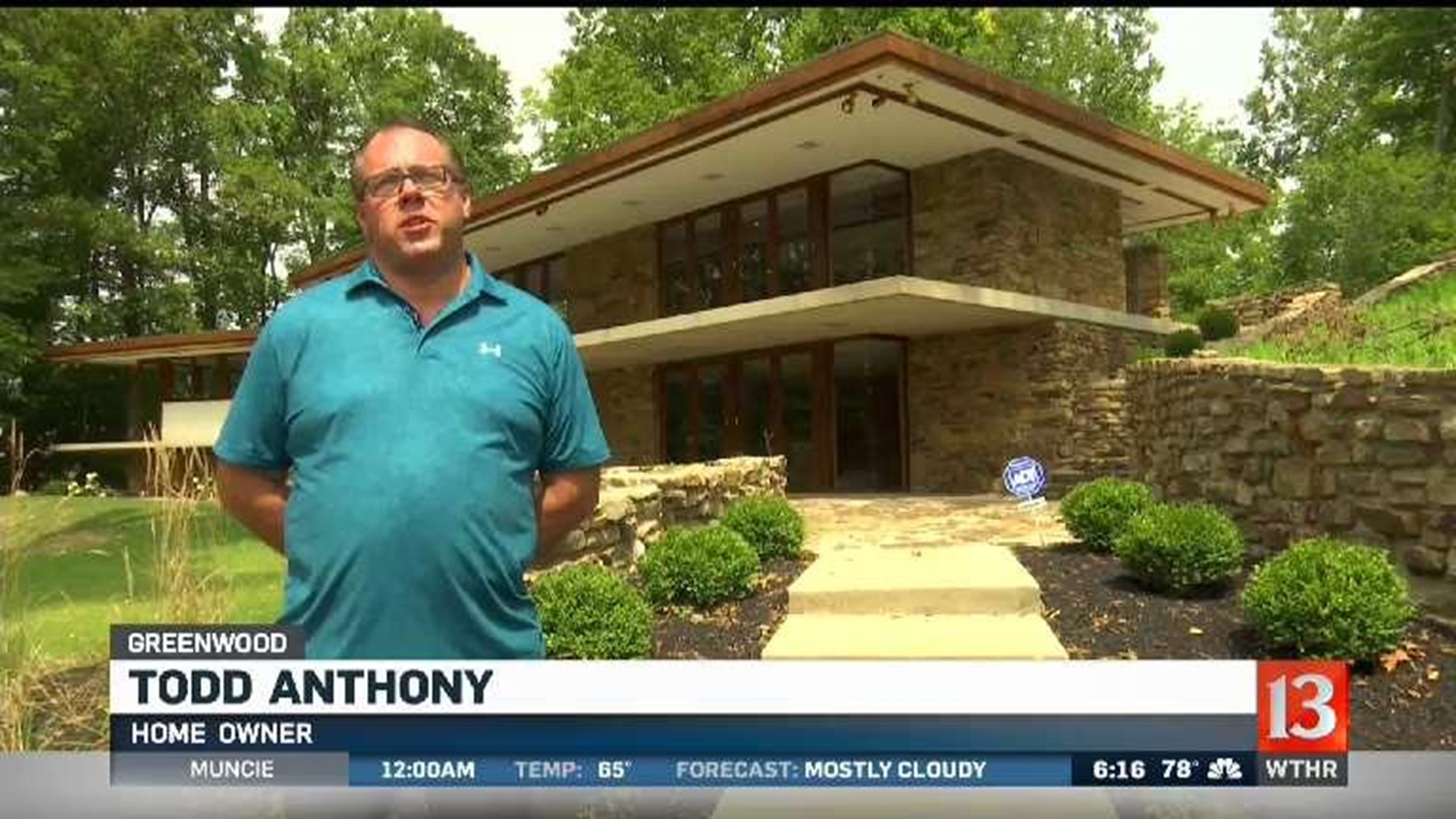 GREENWOOD, Ind. (WTHR) - Nestled into a hillside on 3.5 acres just off Fry Road west of the Greenwood Park Mall, the historic Mills House has a new life after years of neglect.

The mid-century modern design features Brown County stone, huge patios and lots of windows. This fall, the house becomes the Harry Cooler Conference Center, named after the Indianapolis architect who designed the house for Ernie Mills, the original owner. The unique house built in 1955 catches the eye of anyone driving to and from the nearby shopping area.

"Growing up in Greenwood, I've probably driving by this home a thousand times, as have most of us around here,” said Todd Anthony, who bought the home in December. “It was really getting into a state of disrepair. It was heartbreaking. You really wanted to see it saved."

The house sat empty for four years and was listed on Indiana Landmarks Ten Most Endangered properties. Mold, termites and raccoons had taken over. But Anthony is meticulously restoring it.

"We've stripped it down to the bones,” said Anthony. “We've brought it all back to its original state through old photographs we've been able to find. We found the original blueprints in the crawlspace."

Also stored in the crawlspace, original woodwork, brass fixtures, light globes and pink and green toilets are all being restored.

"It's a mid-century modern masterpiece,” said Anthony. “It was done by the Frank Lloyd Wright design, where it's integrating the indoors and the outdoors." The master bath has no vanity but a window providing a view of nature. All the glass makes for spectacular views all the way around the house. Or you can walk out on the upper level wraparound patio for even grander views.

The house should be ready this fall to host business retreats, board meetings and special events. Anthony wouldn't say how much he has spent on the project but said with a smile that it's over budget and behind schedule. He hopes for completion November 1st with an open house so the public can see the restoration.